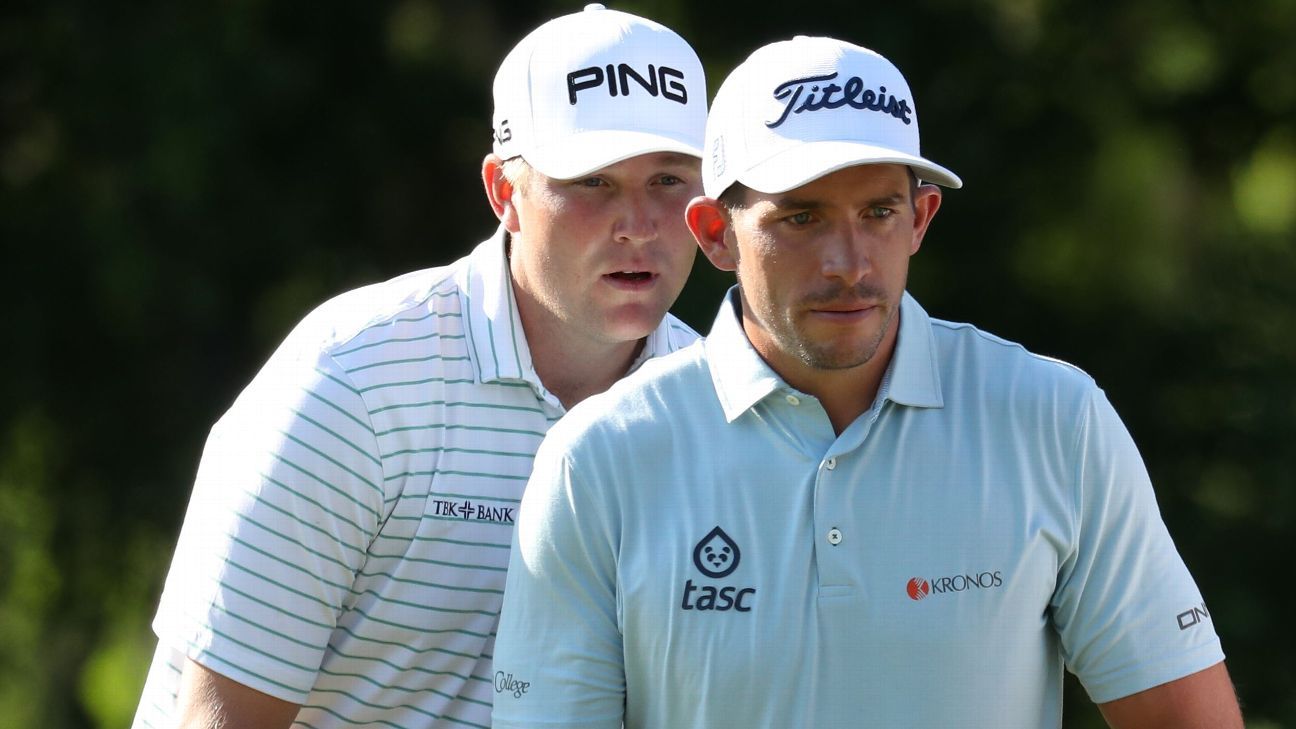 AVONDALE, La. — Jon Rahm and Ryan Palmer shared the lead with Scott Stallings and Trey Mullinax as the Zurich Classic finally got back on schedule.

Rahm and Palmer played 30 holes Saturday in the event delayed by rain for more than seven hours Thursday, finishing off a 7-under 65 in the alternate-shot second round and shooting 64 in best-ball play in the third. Stallings and Mullinax played 27 holes, shooting 70-62.

Rahm carried the team in the third round, making eight birdies. Palmer saved bogey on the par-3 17th after both players hit into the water, and Rahm made a 15-foot birdie putt on the par-5 18th to match Stallings and Mullinax at 23-under 193.

Brandan Grace and Justin Harding were a stroke back. The South Africans played 32 holes, shooting 68-61.

The final round Sunday will be played in alternate shot.