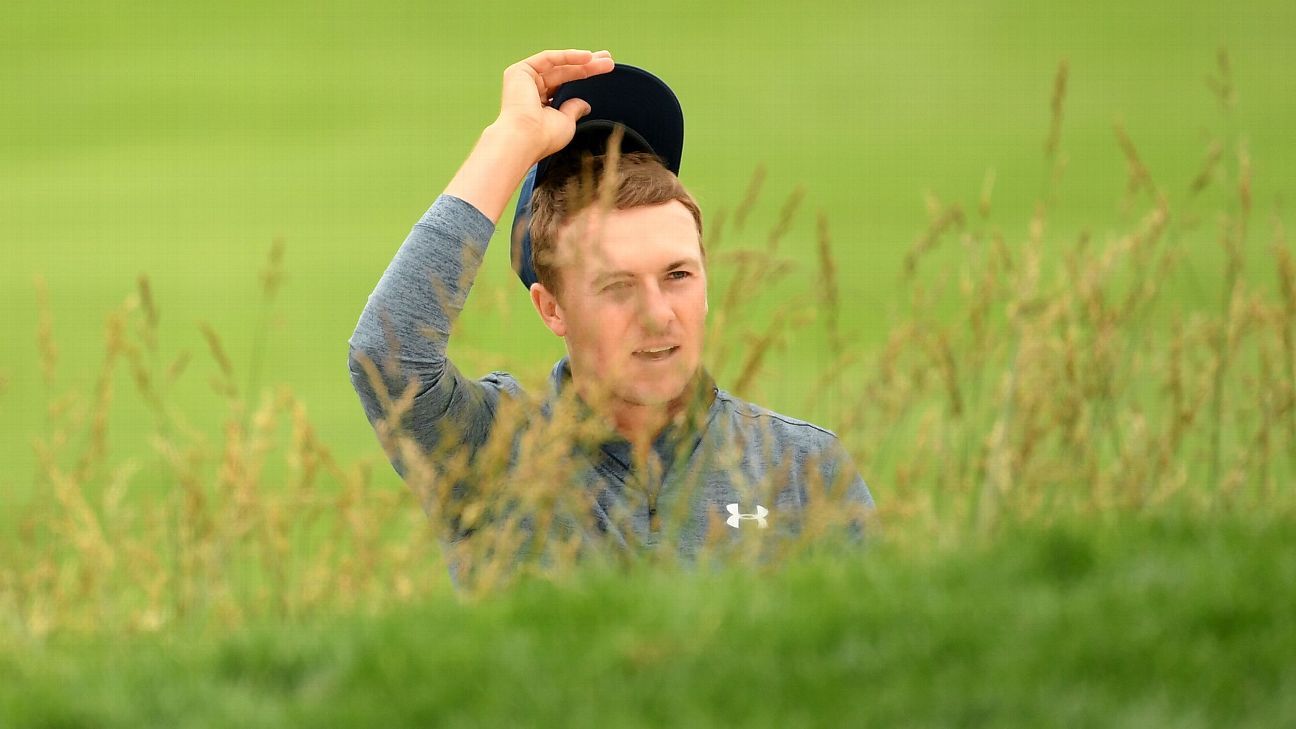 PEBBLE BEACH, Calif. — Jordan Spieth‘s wild ride at Pebble Beach continued in the second round of the 119th U.S. Open on Friday.

A day after TV microphones captured him chirping at his caddie, Michael Greller, about a yardage miscalculation, Spieth had seven birdies and five bogeys for a 2-under 69. That moved him to 1-under after 36 holes, six shots behind leader Justin Rose after the first wave Friday.

Spieth, a four-time major champion whose last PGA Tour win came at the Open in 2017, also had one of the most bizarre moments of the second round when his ball hit a rake sitting atop a fairway bunker on his second shot on No. 2.

Tall grass hid the rake from Spieth, and he apparently didn’t notice it until his ball deflected off it and landed 4 feet away in the rough.

“Oh, it hit the rake. Oh, there’s a rake there,” Spieth said after hitting the shot, which was low and barely cleared the top lip of the bunker.

“Oh, it got over the lip, but it hit the rake,” Spieth said.

Spieth had to punch his third shot out of the tall grass, and then he was able to hit his fourth on the green and made an 8-footer for bogey.

After the round, Spieth said he didn’t see the rake and would have moved it if he had. He didn’t say whether it was Greller’s responsibility.

“The ball was above my feet in almost a little downslope, and I was trying to hit a 6-iron 200 yards,” Spieth said. “So, in the first place, it was a really, really tough shot. But I had a clean lie. Thought I could clear the lip. And when I hit it, all I heard was like the rake. And I guess it slammed into the rake and came back and kind of buried down into the tall grass.

There is no specific USGA rule about the placement of rakes, but golf’s governing body does recommend they be placed where they will least likely affect play.

“That’s on me,” Spieth said. “I just got to look at all options ahead of me. And if there’s rakes in front of the bunker, typically we pull them out. But when I was in it, I couldn’t see it. So it was kind of a weird set of events.

“Honestly, the only upsetting part was where the ball went after that, because it’s on me to hit the rake. Sometimes it’d hit the rake and pop up and be on the fairway, right? But it ended up in a pretty bad spot. I was — I did well to a make a 5 for sure.”