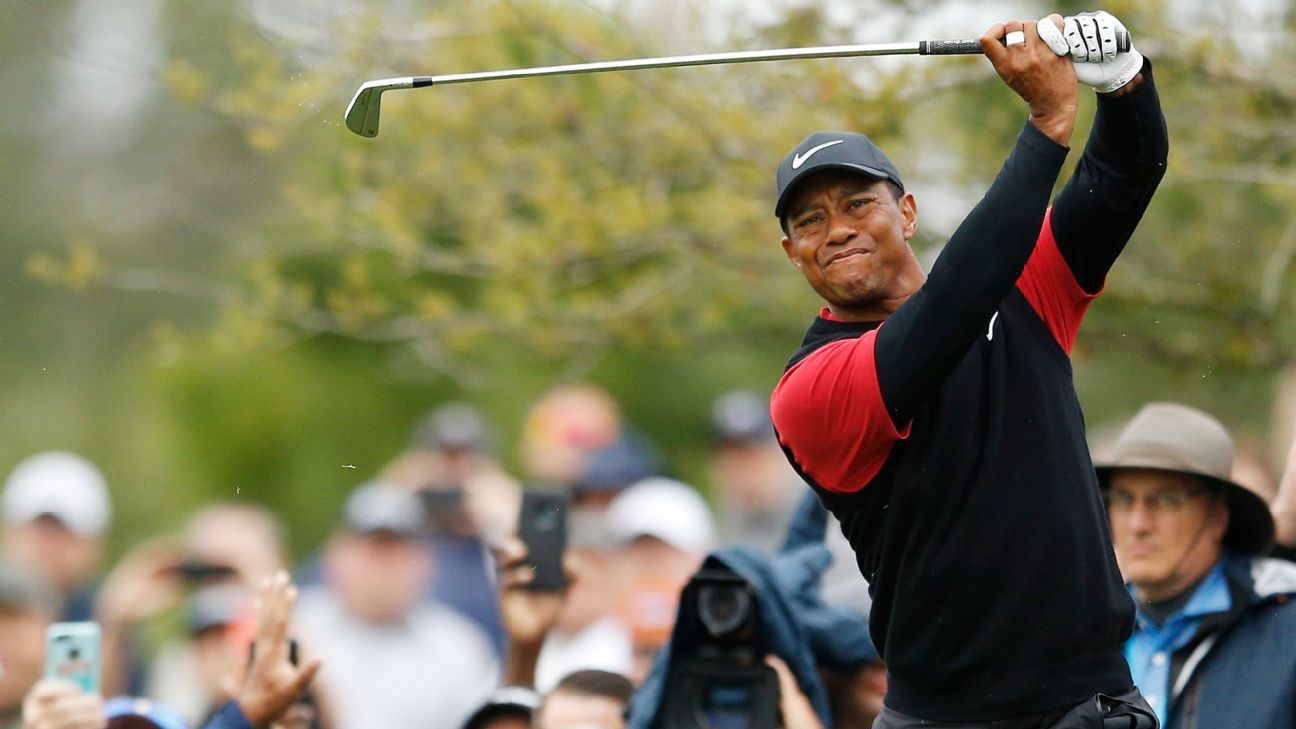 PONTE VEDRA BEACH, Fla. — Matthew Fitzpatrick had hoped to ask questions, learn from the greatest golfer in his lifetime and soak up those precious moments inside the ropes surrounded by the mayhem that always envelopes Tiger Woods.

He got a real taste of it Sunday during the final round of the Players Championship.

The first and only other time he had the opportunity was two years ago in Dubai, where Fitzpatrick, a former U.S. Amateur champion from England, was grouped with Woods for the first two rounds of the European Tour event that turned out to be the 14-time major champion’s tournament last before major back surgery.

Despite a final-hole drive that measured more than 300 yards and produced a wedge shot to 10 feet, Woods was unable to make a birdie in that round of 77, and withdrew the next morning.

It was the end to yet another aborted comeback from back issues for Woods, the full extent of which the world would not understand for months when he had spinal fusion surgery, his career in jeopardy.

Fitzpatrick, 24, got an understanding of that on Sunday as he played with Woods for the first time since Dubai.

“He’s a player now who looks like he will shoot 6-, 7-under as opposed to the player who was scrambling around,” Fitzpatrick said after the final round of the Players. “I talked to him about it out there and he said, “Yeah, I’m quite a bit different to when we played in Dubai.’

“I was like, “Yeah, you could say that.’ We were talking about the flight and it was 18 hours (from Los Angeles to Dubai) and he said, “I was screwed from the moment I got on the plane.”’

Woods has never quite put it in those terms to the masses, but he undoubtedly was a mess at that time, another reminder of the perspective necessary when assessing his game.

Tiger Woods is pleased with where his game is headed despite a rough outing at TPC Sawgrass and explains why time off was what he needed.

Because if you assess him at this point, after a 30th-place finish at the Players, it’s easy to get caught up in the fact that Woods has failed to finish closer than eight shots to the winner in any of his four starts this year.

He’s had good tournaments, not great, and if he wasn’t plagued by the putting woes that befuddled him at the Genesis Open and WGC-Mexico Championship, he had other issues at TPC Sawgrass, such as a surprisingly mediocre performance on approach shots — typically a strength.

And yet Woods seemed more than content. The neck problems that kept him from the Arnold Palmer Invitational may have been more blessing than curse, a week off from a grind that would have seen him play four times in five weeks.

“I needed that. I needed to get that organized,” he said, referring to the neck strain and all that came with it.

“I was close to getting over the hurdle and getting things rolling, and unfortunately I made a 7 (on Friday) over at 17,” he said, referring to the momentum-killing two balls in the water at the island green. “I missed a few putts that I could have very easily got the momentum going that could have gotten me on a run. I was close.

“I know the score doesn’t really indicate that, but this is one of those golf courses where there are some weird spots and is probably the most stressful golf course you ever play when there’s wind out there. It swirls, and you have fairways that are tough to hit and then you have the greens that are tough to hit and put it in the right sections and if you don’t, you’re going to be standing on your head hitting some shots. All in all, I had a solid week.”

Woods had no three-putts, which is a nice improvement from six three-putts at both Riviera and Mexico City.

But he was just 70th in the field in strokes gained approach, an unusually poor number for him. Woods hit 52 of 72 greens for the week and only had less than 30 putts in the final round.

And yet, he had one of his best weeks off the year off the tee, finishing fifth in the field in strokes gained and taking some confidence with him.

“I’m excited the way I drove it,” said Woods, who dropped from 11th to 13th in the world ranking. “I drove the ball well this week. I drove it not quite as long on the weekend with a little bit cooler temperatures, but I was driving it pretty straight and I was able to shape the golf ball both ways with all three of my woods, which was good to see.”

It was also impressive that Woods posted his best round of the tournament in the most trying conditions. A good bit of it was played in the rain, the temperatures were cool and blustery, and he navigated well a course that has traditionally given him fits. (In 17 appearances, Woods has two victories, but also seven finishes of 30th or worse.)

Now Woods will get on a regular schedule of not playing consecutive events until the end of July. Whether that suits him better remains to be seen, but he seems to believe that less is more.

Woods is skipping this week’s Valspar Championship, where he tied for second last year, instead opting for the WGC-Dell Match Play next week. It is a tournament he has not played since 2013, nor has he played at Austin Country Club or in the round-robin format now used by the tournament.

The potential exists for seven rounds in five days for Woods if he were to make it to Sunday, but that doesn’t seem to bother him, either.

“I’ve got a week off after that,” said Woods, who will likely spend some time at Augusta National following the Match Play. “I’m hoping I can play all the matches. That would be great. I’m guaranteed to play three, possibly more if I play well, and that’s basically like a tournament.”

For a guy who finished 10 strokes back of winner Rory McIlroy and has yet to contend this year, Woods remains confident and upbeat.

“Tiger was about 100 times better than he was in Dubai,” Fitzpatrick said, comparing the day they played two years ago to Sunday. “He was a lot more chatty, too.”