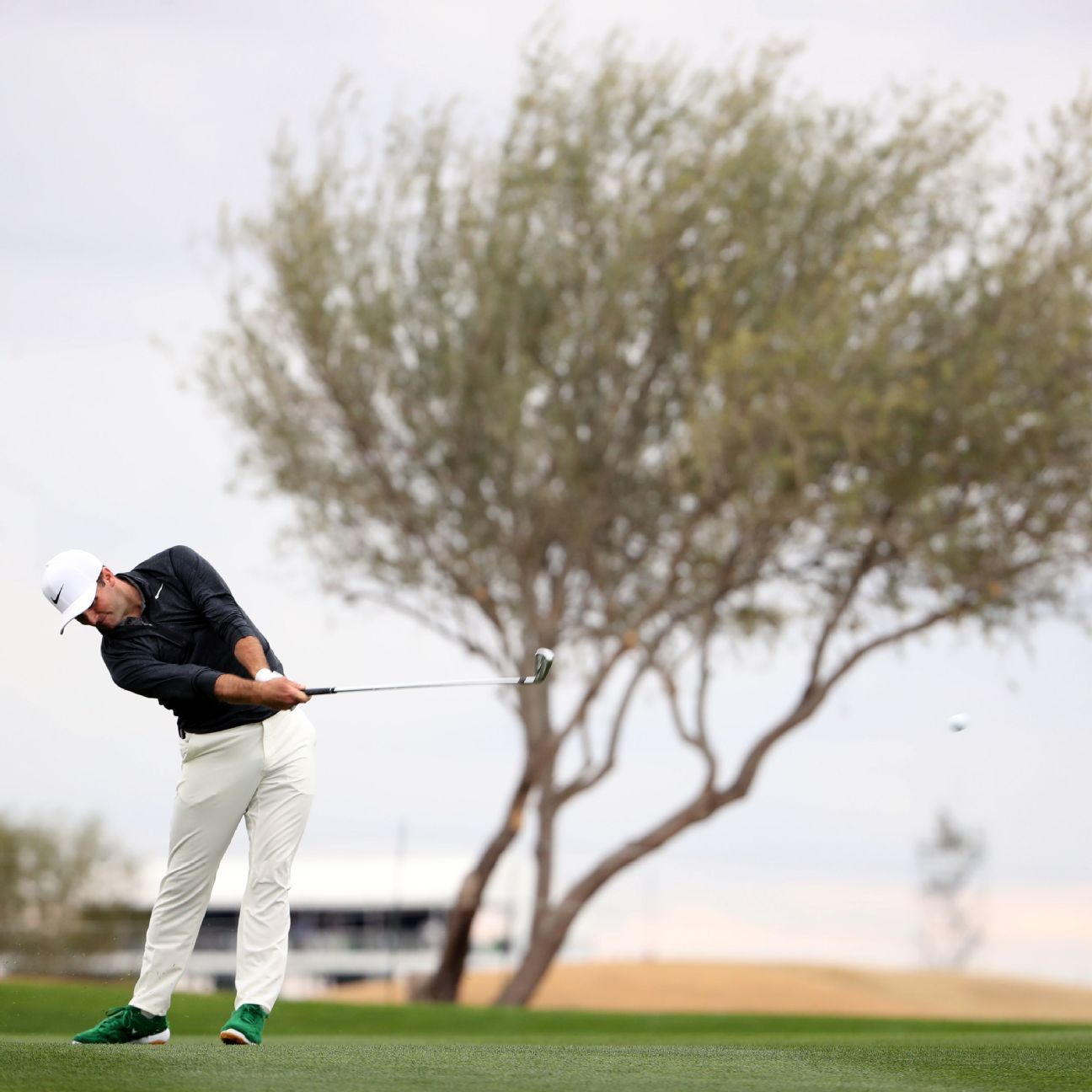 With the “full support” of the United States Golf Association and The R&A, the PGA Tour took the unusual step Saturday of reversing a penalty it had applied during Friday’s second round of the Waste Management Phoenix Open.

Denny McCarthy had been assessed a two-stroke penalty under a new rule that prohibits caddies from lining up their player before they hit a shot.

McCarthy and caddie Derek Smith were initially found to have broken Rule 10.2b(4) on the 15th hole at TPC Scottsdale, where Smith stood behind McCarthy, in the line of play, while the golfer took practice swings. After a few seconds, Smith walked away and McCarthy reset his position before hitting a pitch shot onto the green and making a putt for what he thought was a par.

According to the rule, players can reset their position only on the green without receiving a penalty, the reason for the tour’s original ruling.

But after conferring with golf’s governing bodies Saturday and with golfer Justin Thomas, who expressed concern about a similar situation he had Friday, the tour changed course and rescinded McCarthy’s penalty.

“It is clear that there is a great deal of confusion among players and caddies on the practice application of the new rule during competition, as well as questions surrounding the language of the rule itself and how it should be interpreted,” the PGA Tour said in a statement. “As a rule, with full support of the USGA and The R&A, the rule will be interpreted whereby the two aforementioned situations as well as future similar situations will not result in a penalty. McCarthy’s score has been updated accordingly.”

McCarthy was playing the third round when the penalty was changed.

“If he was in there deliberately looking at where I’m lining up and I’m setting up to the ball and not backing away, yeah, I could see how that’s a two-shot penalty,” he said. “But in no way, shape or form did I think what I did was a penalty.”

Li Haotong was assessed a two-stroke penalty Sunday at the Dubai Desert Classic, when his caddie was deemed to have lined him up on the 18th putting green.

Despite a plea from the European Tour’s CEO, Keith Pelley, to have the rule amended, The R&A said it was applied properly in that case. The penalty cost Li approximately $100,000.

The PGA Tour said in its statement that it would work “vigorously” with the USGA and The R&A to “further analyze and improve the situation with this rule.”

Added the R&A: “The R&A and the USGA recognise that clarity on how to appropriately apply this Rule is needed. We are committed to assessing its impact and will provide the necessary clarifications in the coming days.”