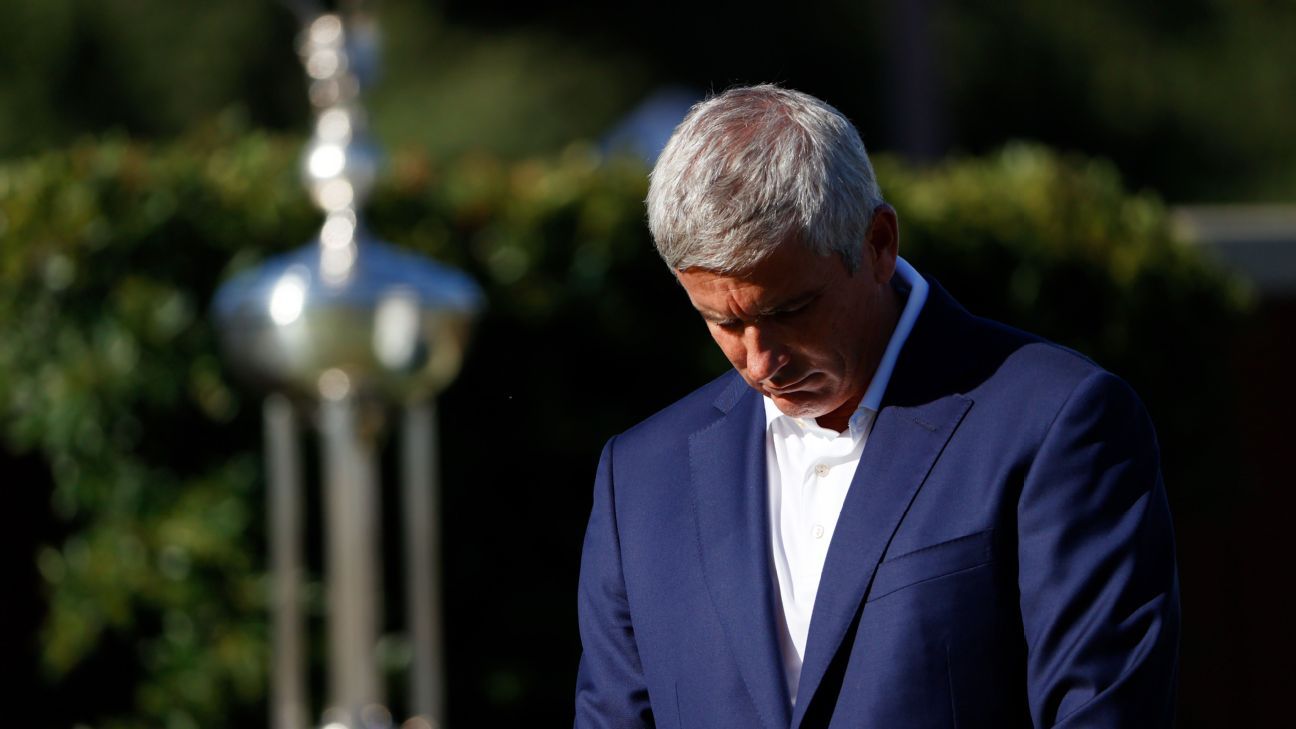 FORT WORTH, Texas — Colonial already was quiet with no spectators around for the return of the PGA Tour on Thursday. And then at 8:46 a.m., it came to a standstill.

Commissioner Jay Monahan stood on the first tee for the 8:46 a.m. starting time that was listed on the tee sheet without any player names. The tour left that time open as a tribute to George Floyd, whose killing by a white police officer in Minneapolis sparked worldwide outrage and protest over social and racial injustice.

The time reflects how long — 8 minutes, 46 seconds — authorities say the officer held his knee to the back of Floyd’s neck. The handcuffed black man died after pleading for air.

“As the PGA Tour commits to amplifying voices and efforts to end systemic issues of racial and social injustices, we have reserved the 8:46 tee time to pause for a moment of silence, prayer and reflection,” Monahan said.

That was followed by three short blasts of the horn as players stopped — on the golf course, on the putting green and on the driving range. Most players removed caps and bowed their heads. Carts also stopped — the traffic provided about the only noise at the Charles Schwab Challenge.

The civil unrest has shared the conversation with the coronavirus pandemic that has kept golf shut down for the past 90 days. Harold Varner III, one of four PGA Tour players of black heritage, was the strongest voice. Tiger Woods joined in with a tweet, and other players have not shied away from the topic.

Rory McIlroy comes from Northern Ireland, which has a political history steeped in hatred and intolerance, and he was hopeful this would spark real progress in America, which he now calls home.

He also pointed to Woods, not only as prolific a winner the PGA Tour has ever seen but a player with a multiracial heritage.

“My hero growing up was Tiger Woods,” McIlroy said. “Tiger doesn’t look the same as me, has a different upbringing to the one that I have had, but he was my hero growing up. And it didn’t matter what color his skin was, what his beliefs were. Tiger was my hero, and he’s been a lot of kids’ hero over the years that have grown up playing golf. We’ve been lucky to have him in our game. I think that there should be more people like him in golf.”

He referenced a video conversation between Varner and Monahan, saying what struck him was the need for everyone in golf to get involved.

“As long as we continue to give people from different backgrounds opportunities to be in golf, that can only be a good thing,” McIlroy said Wednesday.

Monahan has talked about various programs the tour has developed, dating to the creation of The First Tee in 1997, and more recent policies and mission statements the past five years on inclusion and diversity.

Still lacking are the number of players of color, at least Americans. And as Monahan mentioned in his conversation with Varner, most of it starts with getting minorities involved, perhaps using The First Tee as a greater platform. Currently, it is about using golf to teach life skills to a diverse group through 144 chapters and 5,000 schools involved in the curriculum.

“There’s an opportunity for us, as kids start to matriculate, for us to make certain that they’re getting access to the game of golf to play it, and access to the industry of golf,” he said.