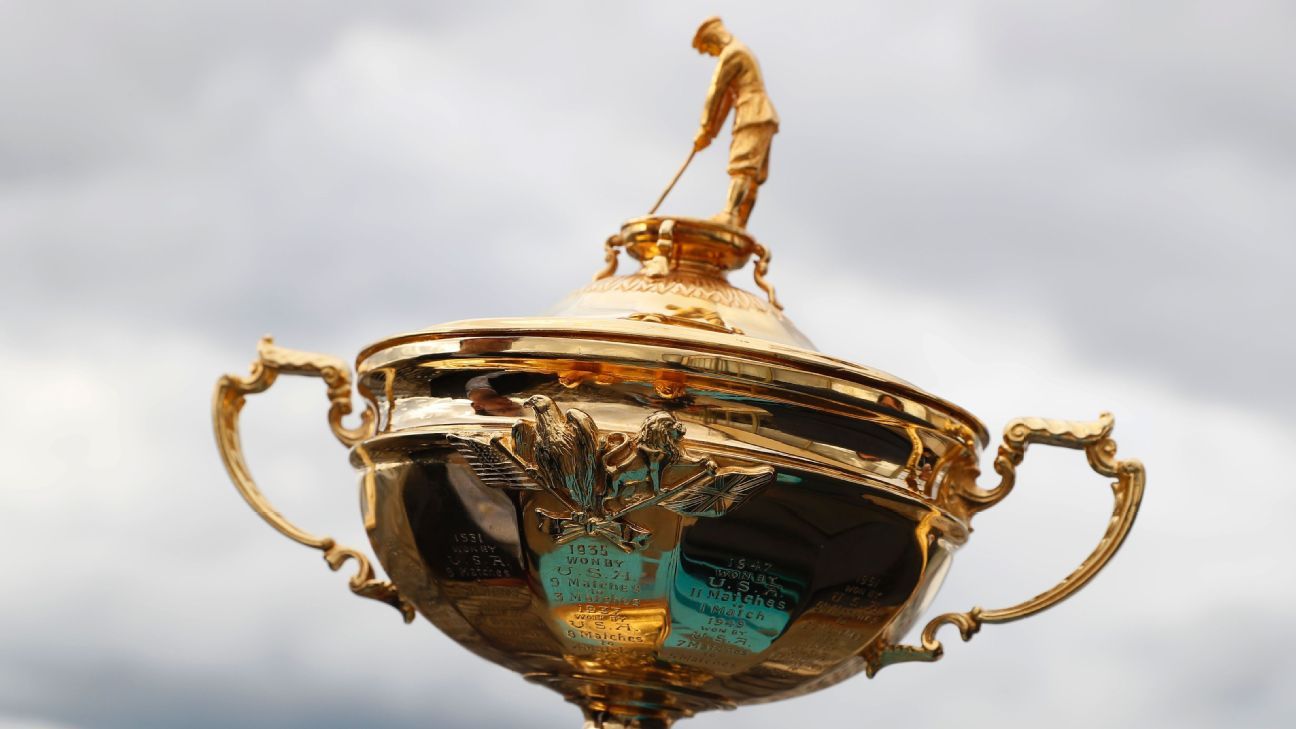 The idea of staging the Ryder Cup in September without spectators is being discussed, according to PGA of America CEO Seth Waugh.

In a radio interview on WFAN in New York, Waugh acknowledged that “fans are the Ryder Cup, to a certain degree,” and that it’s “hard to imagine one without fans,” but the idea is nonetheless being explored due to the coronavirus pandemic.

“We have begun to talk about whether you could create some virtual fan experience, and we’re going to try to be as creative as we can,” Waugh said on WFAN. “It’s to be determined, frankly, whether you could hold it without fans or not.”

Waugh has previously said the PGA of America will consider holding the PGA Championship at Harding Park in San Francisco — or potentially another venue — Aug. 6-9 without spectators.

The PGA Tour announced last week a revamped schedule that would resume June 11 at the Charles Schwab Challenge at Colonial in Fort Worth, Texas, the first of four events planned without spectators. Tour officials stressed that government and medical officials would first need to sign off, and commissioner Jay Monahan said the tour would need widespread virus testing to be available.

“All of them are better with fans,” Waugh said. “And I’m not suggesting it doesn’t change the experience, but in the Ryder Cup it’s particularly important. We’ll be very careful about that. It’s a very unique thing.”

A big part of the Ryder Cup is the fan experience, and playing without spectators is something European captain Padraig Harrington cannot foresee. In an interview with BBC Radio, the Irishman said he is opposed to the idea.

“I was told categorically that it would not be the case that the Ryder Cup could be played behind closed doors,” Harrington said. “Now it has arisen again because of what may be happening on the PGA Tour, but I was told not to go down that road. It is ‘above my pay grade’ and it is a hypothetical situation. But everything is changing all the time.”

Harington acknowledged he had been part of discussions two weeks ago in which the idea of postponing the event was broached before it was decided to try to stage the tournament on its original dates, Sept. 25-27, at Whistling Straits in Kohler, Wisconsin.

Postponing — as happened following the Sept. 11, 2001, terrorist attacks — presents other obstacles. A Presidents Cup is scheduled for next September. Would that be pushed back a year as well?

And the event is a massive financial boon to both the PGA of America and the European Tour, which depends on the income from the Ryder Cup — especially when it is played in Europe — to operate its schedule. So far, the European Tour has not determined when it will return, with events canceled or postponed into June.

During the interview, Waugh said he believed the PGA Championship would need between 1,000 and 1,500 people on-site when including players, caddies, officials, television production personnel, media and volunteers. Over the vast space of a golf course, social distance guidelines could be maintained, he said.

He also expected to have “adequate and fast” virus testing by then and said that health experts believe “it is 100% possible.”