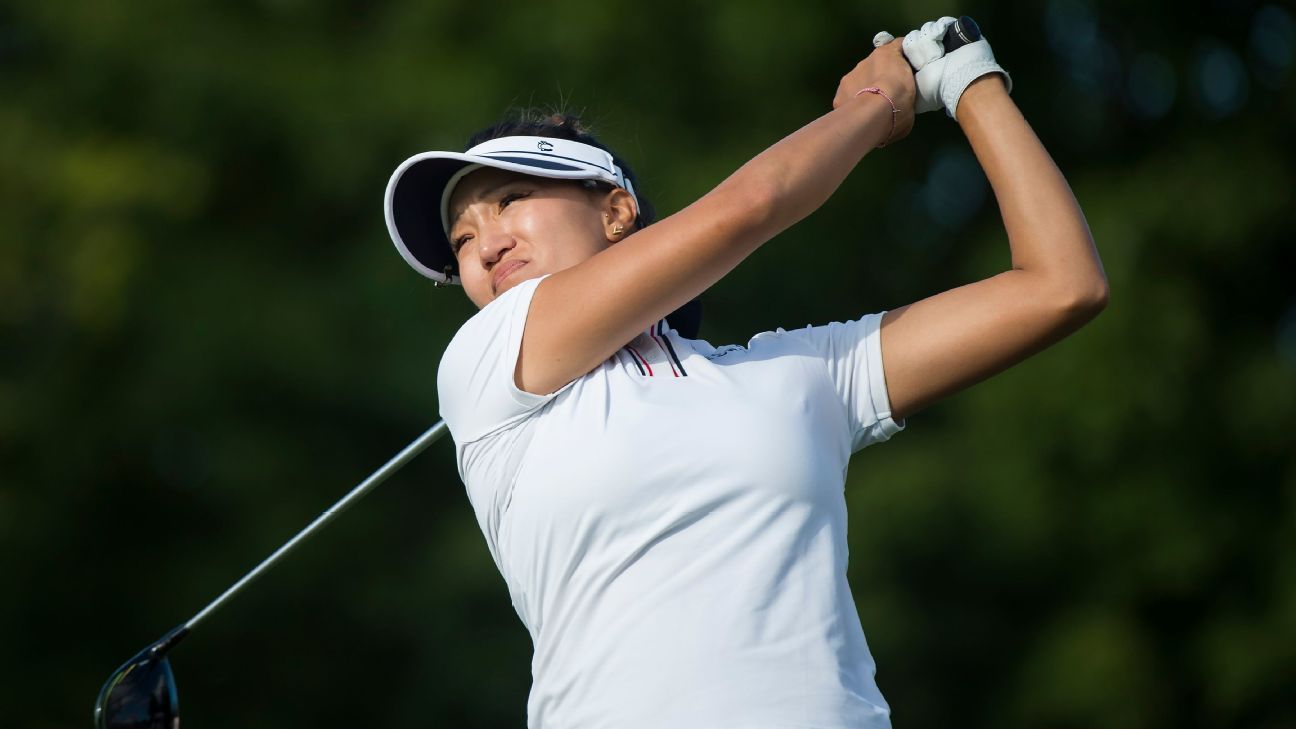 AURORA, Ontario — Annie Park shot a 7-under 65 on Thursday to take a one-stroke lead in the opening round of the CP Women’s Open.

Park hit 15 greens in regulation and eagled the par-5 ninth. She could play her way onto the U.S. team for next week’s Solheim Cup with a strong finish in Canada, but she wasn’t looking that far ahead.

“I was just trying to break my own personal record. Just wanted to go to 9 under,” said Park, whose best score on tour is a 63. “Tough 17th hole, tough break there; had a bogey. Tried to make up for it on the last one and just fell short.”

The top eight players in the Solheim Cup points standings after the tournament will make the U.S. team, with two additional spots determined by the world rankings and captain Juli Inkster getting two wild-card picks. Park’s easiest avenue to qualify for the team would be via the rankings — she is 42nd, one spot behind Austin Ernst.

Henderson teed off early and had by far the biggest crowds of the day. She has nine career victories, the most of any Canadian player on the LPGA or PGA Tour, and is trying to successfully defend a title for the third time in her career.

“Knowing I was capable of winning this event after having done it last year I just think gave me a lot of confidence,” Henderson said. “Made me more comfortable in front of these crowds. Just knowing that I’ve done it before, I think, just gave me a little, just relaxed me a little bit.”

Ko took last week off after a busy late-summer itinerary. She won the Evian Championship, her second major title of the year, and followed it up with a third-place finish at the Women’s British Open before flying to her native South Korea for a KLPGA event.

“I came here on Saturday,” Ko said. “I practiced at the range. My feeling was really amateur. Oh, my God. I needed to practice a lot. So on Sunday, Monday, Tuesday and Wednesday, I practiced hard.”