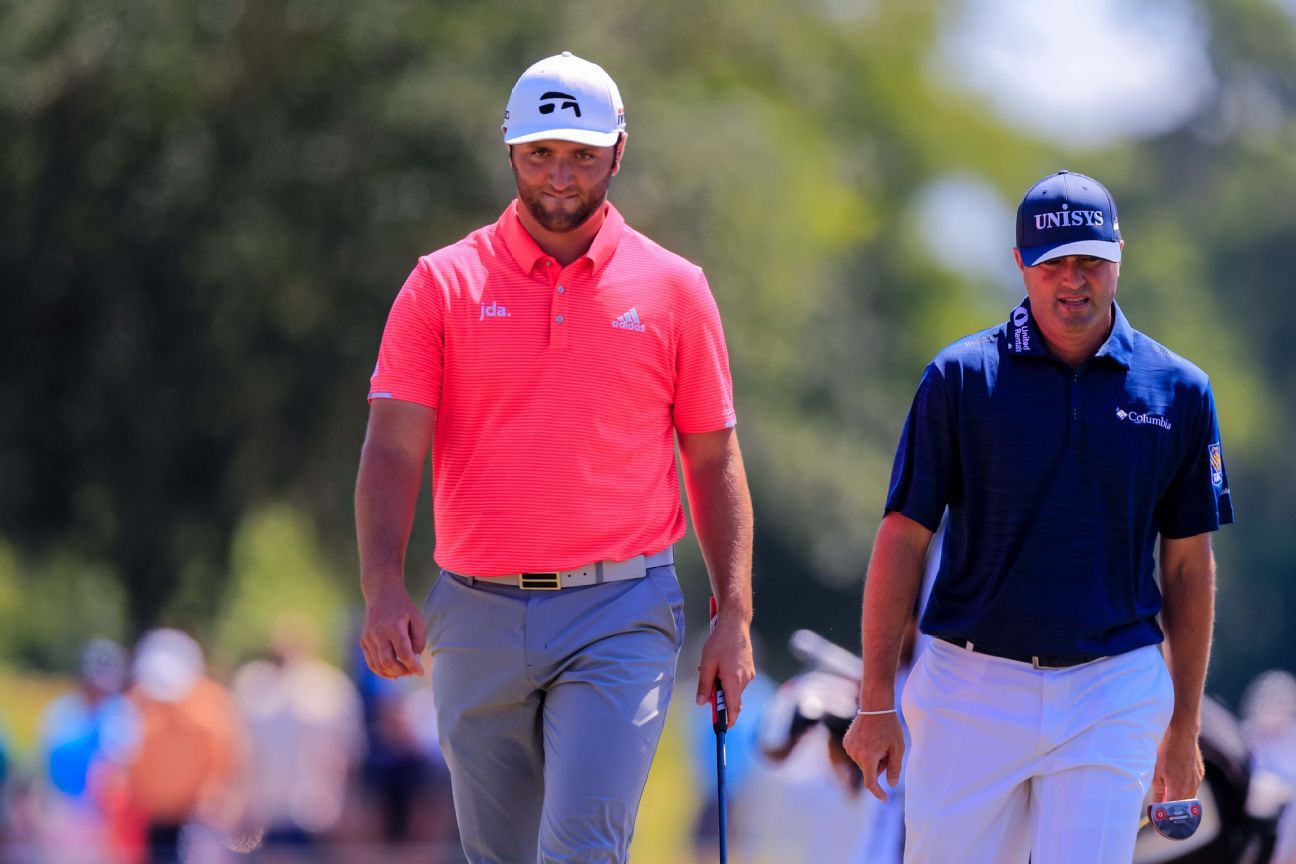 AVONDALE, La. — Ryan Palmer and Jon Rahm shot a 3-under 69 in the alternate-shot final round of the Zurich Classic on Sunday and won the PGA Tour’s only team event by three strokes over Sergio Garcia and Tommy Fleetwood.

The victory was the fourth on the tour for the 42-year-old Palmer, but first in nearly a decade. Having last won in 2010 at the Sony Open in Hawaii, Palmer waved and gave a thumbs-up to TV cameras as he walked up the 18th fairway with a throng of fans applauding his and Rahm’s impending triumph.

The 24-year-old Rahm won his third PGA Tour title — one each in three straight seasons. He finished in the top 10 for the seventh time this year, including a tie for ninth at the Masters a couple weeks earlier.

Palmer-Rahm finished with a 26-under 262 total at the TPC Louisiana, which had dried out considerably since heavy rains delayed the first round by more than seven hours and forced many players to play more than 18 holes on Friday and Saturday to get the event back on schedule.

Opening the alternate-shot final round tied atop the leaderboard with Scott Stallings and Trey Mullinax, Palmer-Rahm surged to a two-stroke lead in just two holes after Stallings-Mullinax bogeyed the first hole and Rahm nearly holed out from the fringe to set up Palmer’s 1-foot birdie putt on the par-5 second. Palmer-Rahm never lost the lead after that, making birdies on 13 and 14 at virtually the same time Garcia-Fleetwood were making birdie on 17 and 18. From there, they just had to avoid mistakes — and did.

The teams of Kyoung-Hoon Lee–Matt Every and Brian Gay–Rory Sabbatini tied for third, five shots behind.