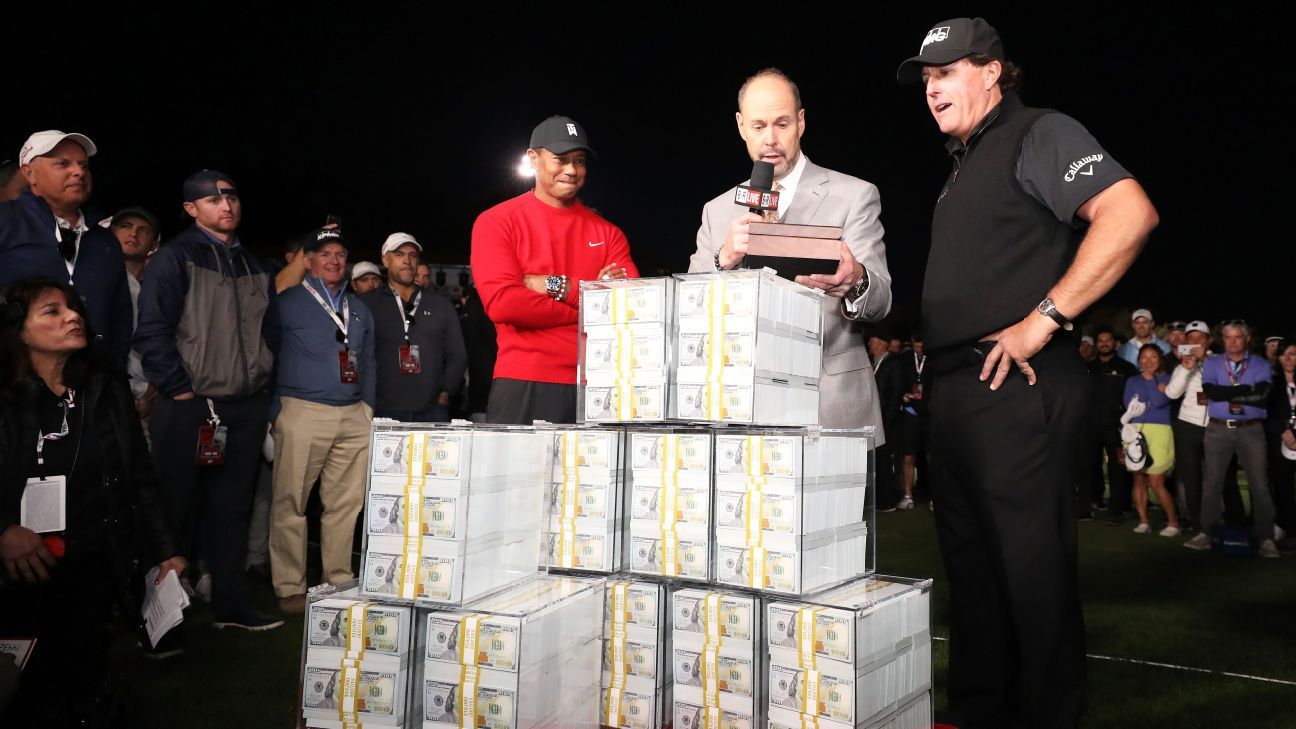 Jake Owen, country singer and avid golfer, apparently was not a big fan of The Match, a much-hyped 18-hole pay-per-view event won by Phil Mickelson in extra holes over Tiger Woods – with a winner-take-all payday of $9-million – the day after Thanksgiving.

And Owen let Mickelson know about it.

A day after The Match, held in Las Vegas, Owen was at Jordan Spieth’s wedding, also attended by Mickelson. He told Barstool Sports’ Fore Play podcast recently that that he ran into Mickelson and made it clear he didn’t think The Match came off as billed, and that he should get his money back.

“So I walked over to him. I was like, “Hey Phil, you owe me f—— $29.99!” Owen said on the podcast. “I was like, “For wasting four hours of my life with the s——– golf I’ve ever seen! You guys hype this whole thing up about the big match? You guys couldn’t even make three birdies between the two of you? I want my $29.99 and apologize to me for some s— golf!” Mickelson seemingly brought his game to the wedding, too.

Mickelson, 48, who won his 44th PGA Tour title earlier this year, has more than $90-million in official career earnings and, according to Golf Digest, earns another $40-million annually in endorsement income.

Owen has been a partner of Spieth’s at the AT&T Pebble Beach National Pro-Am and other golf events and said alcohol played a role in approaching Mickelson.