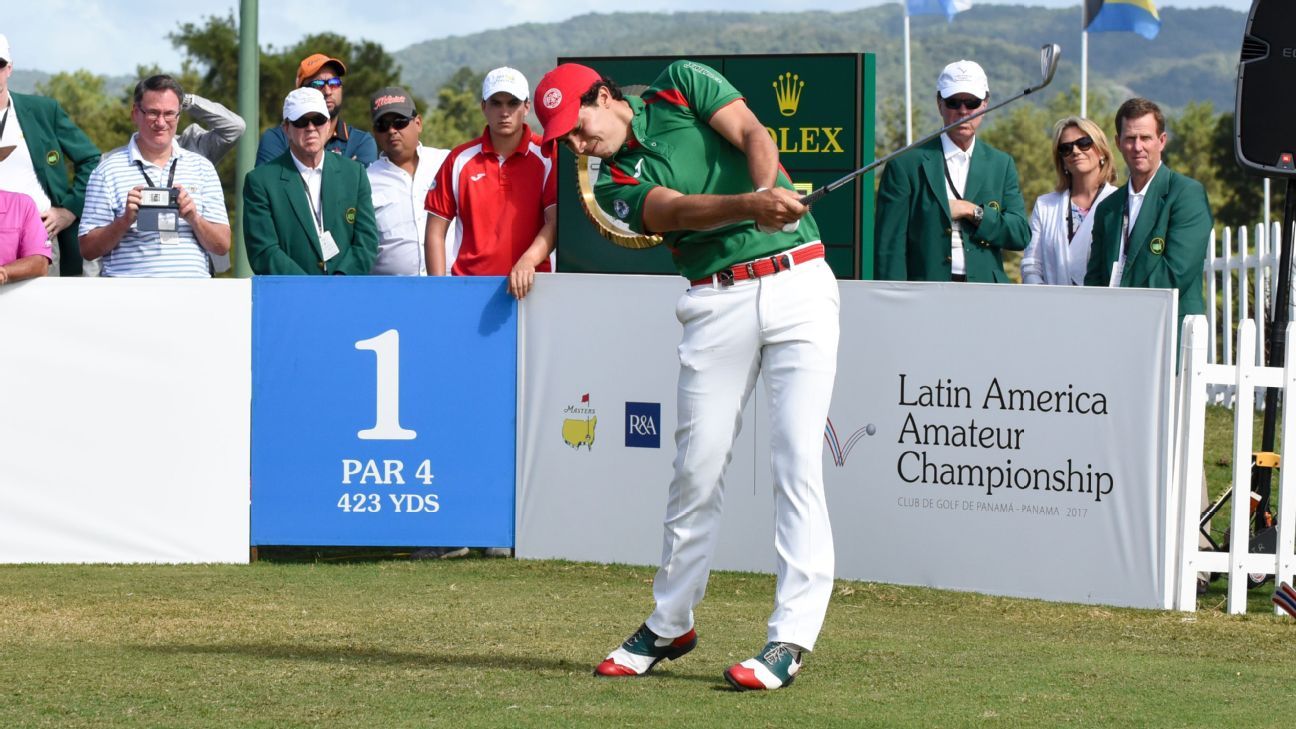 LA ROMANA, Dominican Republic — Alvaro Ortiz of Mexico refused to let a third chance at the Masters slip away from him Sunday in the Latin American Amateur Championship.

A runner-up each of the last two years, Ortiz was two shots behind when he hit 3-wood to 20 feet for eagle to get back in the game, and then he closed with back-to-back birdies for a 6-under 66 and a two-shot victory over Luis Gagne of Costa Rica.

Ortiz lost in a three-man playoff two years ago, and last year he couldn’t hold off Joaquin Niemann, closing with a 63.

This one looked as though it might get away from him, too, after Gagne went out in 32 on the Teeth of the Dog course at Casa de Campo, and then birdied the 11th hole to take a two-shot lead.

Ortiz answered with his 3-wood into the par-5 12th and a wedge from the rough to 3 feet for birdie on the next hole.

They were tied with two holes to play when Gagne blinked first. Trying to play it safe on the 295-yard 17th hole along the ocean, his tee shot went into a bunker, and he blasted that out over the green, failing to get up-and-down. Ortiz, playing in the final group behind him, laid up off the tee and hit a wedge that landed short of the hole and rolled out to a few inches away for a birdie.

That became a two-shot swing.

Gagne missed a long eagle attempt on the par-5 18th. Ortiz easily reached the green and two-putted from 25 feet for birdie.

“I hit a club I thought wouldn’t get in the bunker,” Gagne said about the 17th. “I thought I was making the smart play. As you know, a 90-yard bunker shot, downwind, isn’t the easiest. … I’m extremely disappointed in the way I finished. Hypothetically, it could have cost me a ticket to the Masters. It will take me a while to get over this.”

Gagne plays college golf at LSU. Ortiz finished up a four-year career at Arkansas last year. His older brother, Carlos, plays on the PGA Tour. Unless Carlos Ortiz wins a PGA Tour event between now and April, his first trip to Augusta National will be to watch his little brother.