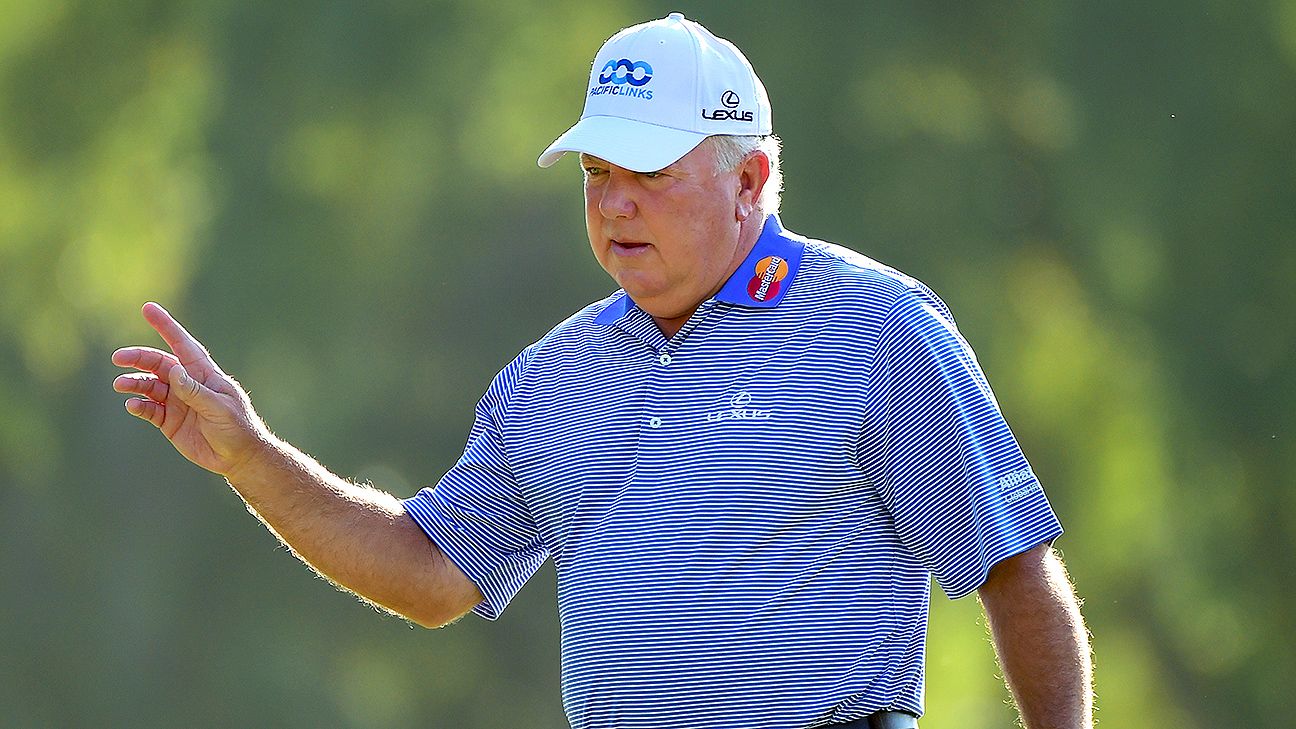 TUCSON, Ariz. — Mark O’Meara seized control with five birdies on the front nine and closed with a 7-under 66 for a four-shot victory Sunday in the Cologuard Classic, his first victory on the PGA Tour Champions in more than eight years.

O’Meara had a one-shot lead going into the final round and stretched it to four going to the back nine. He was never seriously challenged the rest of the way to pick up his first victory since the Senior Players Championship toward the end of the 2010 season. The Hall of Famer went 8 years, 4 months, 20 days between victories, the second-longest gap on the tour.

O’Meara finished at 17-under 202 on Omni Tucson National’s Catalina Course. He matched the tour record with eight straight birdies in an opening 66 and shot 70 in breezy conditions Saturday.

Darren Clarke holed a 50-foot birdie putt on the 18th for a 68 to tie for second with Willie Wood, Kirk Triplett and Scott McCarron, who each had 69. Defending champion Steve Stricker had a 70 to tie for sixth at 11 under.

Former baseball star John Smoltz tied for 53rd at 1 over in his tour debut, closing with a 73. The 51-year-old Hall of Fame pitcher got into the field on a sponsor exemption.

O’Meara has three PGA Tour Champions victories, also winning the 2010 Liberty Mutual Legends of Golf. He won 16 times on the PGA Tour, the last two in 1998 at the Masters and British Open.

Mike Fetchick is the tour’s oldest winner at 63 years to the day in the 1985 Hilton Head Seniors. Jay Haas is second at 62 years, 10 months, 7 days in the 2016 Toshiba Classic, and Gary Player third at 62 years, 9 months, 22 days in the 1998 Northville Long Island Classic. Craig Stadler holds the record for longest gap between victories at 8 years, 8 months, 28 days.