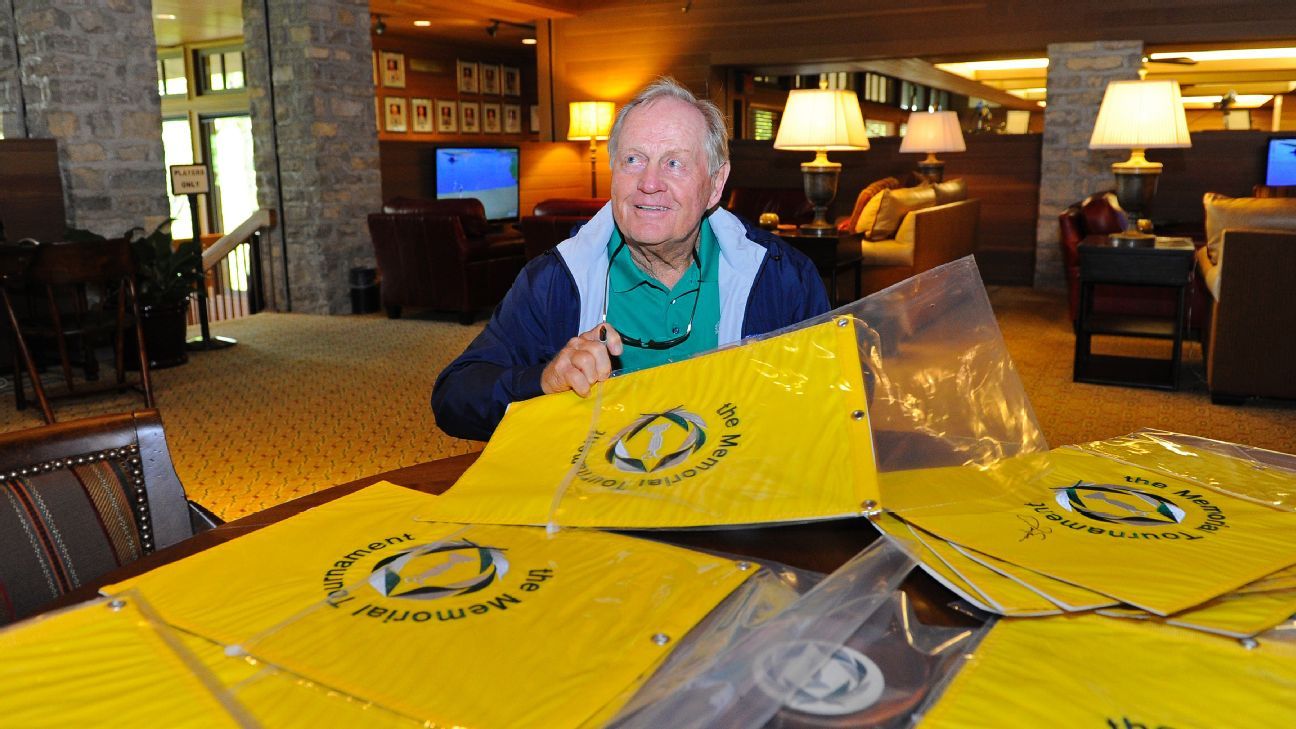 The leaders of four Ohio golf tournaments, including Jack Nicklaus’ Memorial, sent a letter to Gov. Mike DeWine requesting that he lift the ban on large gatherings so that their tournaments could go on this summer with spectators.

DeWine put an order in place on March 12 limiting gatherings in the state to 10 people or less in response to the coronavirus pandemic.

The Columbus Dispatch reported that tournament officials from the Memorial in Dublin, the Marathon Classic (LPGA) in Toledo, the Senior PGA Challenge in Akron and the Nationwide Children’s Championship (Korn Ferry) in Columbus co-signed a letter to the governor, which reads in part, “We appeal to you to permit the four Ohio professional tournaments to allow fans this coming July and August.”

The tournament directors said that without spectators “these tournaments will not be successful or viable.”

The Memorial, rescheduled from early June to July 16-19 at Muirfield Village in Dublin, Ohio, has already unveiled plans for a tournament with spectators that would include badges that monitor the movements of fans so as to be able to dispatch tournament personnel in case they notice they are not distancing enough.

The tournament would also go without grandstands and limit the number of spectators admitted.

The letter also included proposals on how these events would implement various safety measures, including social distancing, issuing masks and sanitizers, and conducting temperature screening.

The Memorial is scheduled to be the sixth event back on the PGA Tour after a revised schedule that starts June 11 with the Charles Schwab Challenge. The first four events are scheduled without spectators, with the John Deere Classic the week prior to the Memorial as the first possibility of an event with spectators.

PGA Tour officials said last week that no decisions had been made on bringing spectators back beyond the first four events.

Memorial Tournament director Dan Sullivan told the Dispatch that the tournament would be played without spectators if necessary.

But in each case, it is a financial hardship to hold the event without paying customers on site.

“If the question is, ‘Could you play the tournament without spectators?’, we couldn’t,” said Marathon tournament director Judd Silverman. “When you run the numbers, if there are no spectators, then you’re returning all the sponsorship money … and once you return all that money, it puts our event deep into the red to the point that we can’t afford to do that.”

In general, most professional golf tournaments are run in a manner that sees purses paid through title sponsorship and television rights fees. The local tournament organizers stage the event by selling local sponsorships, pro-am spots and tickets. That revenue helps pay salaries as well as set-up and other costs associated with running an event, with excess funds going to charity.

“We also wish to communicate that while each of our events has a different business model, we all rely on sponsors and fans as critical elements to our success,” the letter said. “The positive impact the tournaments deliver to the State, our host communities and the many charities which benefit is a direct result of the support we receive from hosting sponsors and fans at our events.”

Dan Tierney, a spokesman for DeWine, said they had received the letter from the tournament leaders.

“It’s something our teams have been working on,” Tierney told the newspaper. “Our large venue group and tourism are well into work on it. I can’t say how soon we will have an announcement.”