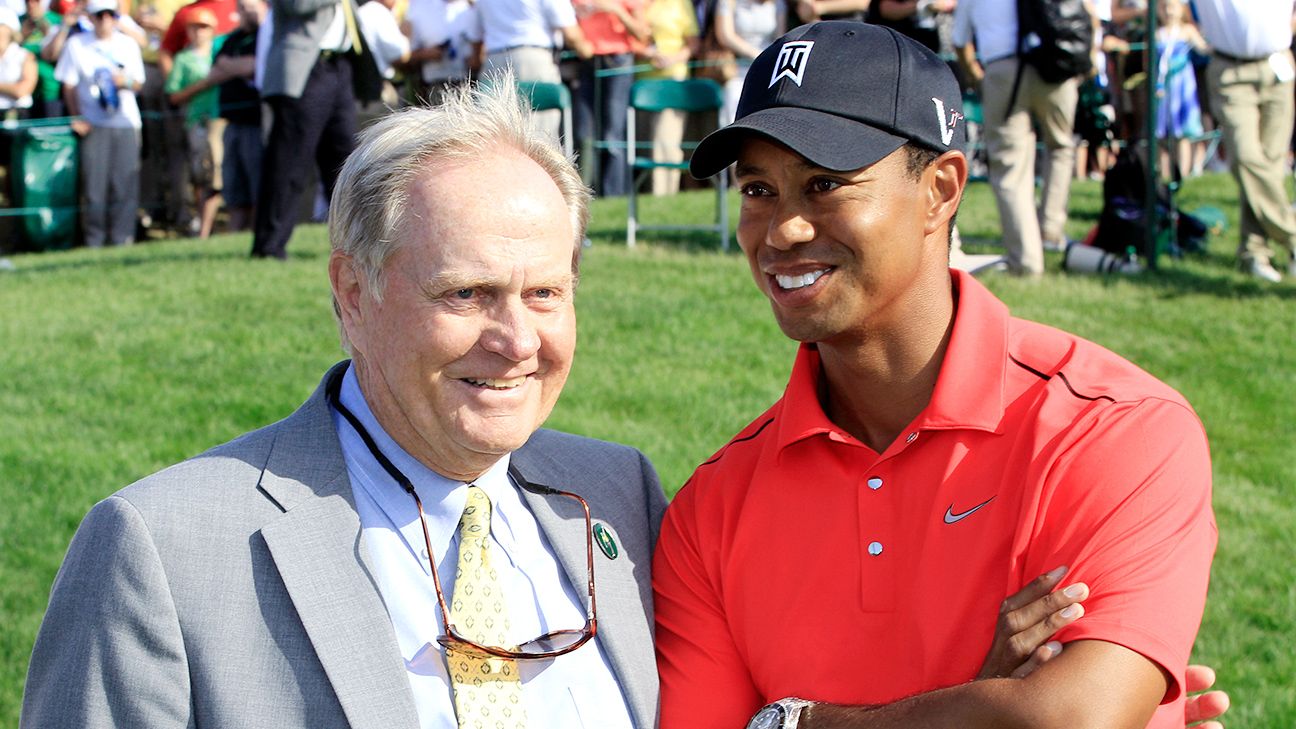 DUBLIN, Ohio — Jack Nicklaus was fishing in the Bahamas as the final round of last month’s Masters unfolded and managed to get back on the boat in time to watch the final holes as Tiger Woods won his fifth green jacket and 15th major title.

And as soon as the Golden Bear saw Woods safely on the par-3 12th green while several competitors found the water with their tee shots at Augusta National, Nicklaus surmised the tournament as over.

“Tiger was smart enough to play the shot that he played. And could play it,” Nicklaus said. “I just knew Tiger was rejuvenated by watching those balls go in the water. Knowing that he was smart enough to do that (hit his tee shot to the middle of the green). He says, “I can do this.’ You could just see it on his face.

“Tournament over. He was back doing what he used to do.”

Woods parred the 12th hole to tie for the Masters lead and then birdied the 13th, 15th and 16th to take a two-shot advantage. He won by a stroke over Brooks Koepka, Dustin Johnson and Xander Schauffele.

Nicklaus, host of this week’s Memorial Tournament at Muirfield Village Golf Club, was amazed so many players were unable to hit the green at No. 12.

“He played beautifully coming home. I knew he was in position that he knew that he didn’t have to do anything special. All he had to do was play good, solid golf. That still required a couple under par.”

Koepka and Ian Poulter found the water playing in the group in front of Woods. Molinari, who was tied with Woods at the time, went first off the 12th tee and also found the water before Woods hit his shot on the green.Tony Finau, also in the group, then hit his tee shot into the water.

Nicklaus, 79, is presiding over the Memorial, which he founded in 1976 on one of his first golf course designs and near his childhood home of Columbus, Ohio. Woods, who is in the field this week, has won the tournament five times, the last in 2012. Many have likened Woods’ Masters victory to Nicklaus 1986 win at Augusta National, his sixth Masters and 18th major title.

“I won because I found lightning in a bottle,” Nicklaus said. “I was into golf, but it wasn’t my main priority. Tiger, on the other hand, he came back from injury, he worked hard to get himself back in shape to be able to play. He had to figure out what he had between the five inches between his ears. He had to get that solved to believe that he could do what he did.

“And he just had to believe it. And he did a very nice job of that. I was very proud of him. Very happy for him. And he just played the way a champion should play.”

Nicklaus said he never believed that Woods’ chances to match or surpass his record 18 major titles was over.

“(Before he won the Masters), people would say, ‘Well, he’ll never win another one,'” Nicklaus said. “You’ve heard me say this: Don’t count him out. He won major championships hitting it all over the world off the tee. … He never has driven it really well. He’s driving the ball well now. That’s a huge, huge difference for him. And he’s always been a great iron player, that’s not going to change.”