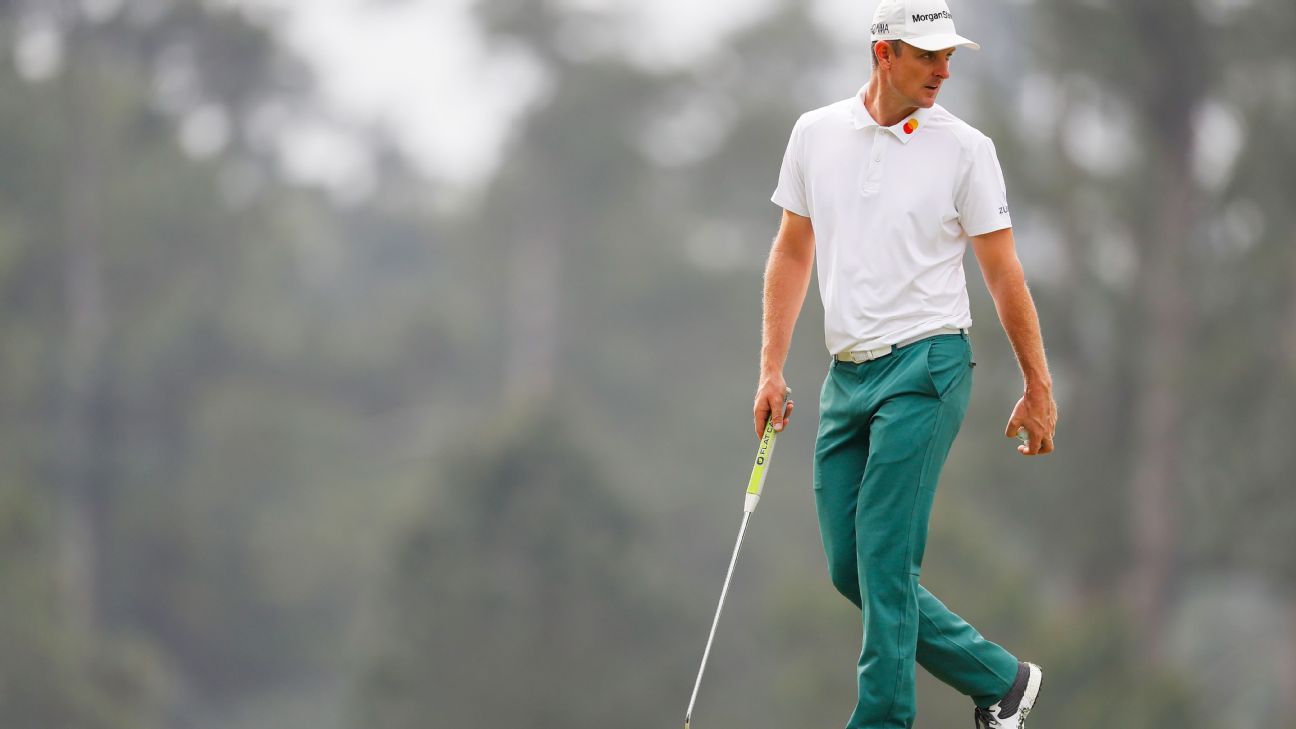 AUGUSTA, Ga. — Englishman Justin Rose moved ahead of Dustin Johnson for No. 1 in the world on Sunday night, but that might not necessarily be a good thing heading into Masters week.

Since the inception of the Official World Golf Rankings in 1986, there have been only four instances — accomplished by just three players — in which the current No. 1-ranked player slipped on a green jacket on Sunday.

Wales’ Ian Woosnam was the first player to accomplish the feat in 1991, and Fred Couples did it the next year. Tiger Woods was the last player to do it, in 2001 and 2002.

Rose did his best to avoid the subject when asked about the No. 1 curse during a news conference following his practice round at Augusta National Golf Club on Monday.

“I feel like I haven’t had my run yet where I’ve sort of separated myself as the No. 1 player in the world,” Rose said. “That’s a goal of mine, still. So I don’t look at it that way, really, at all. So no one’s really being that dominant right now.

“I think if anyone’s been dominant, it’s been Rory [McIlroy] in the last sort of couple of months. Hence, why the ranking between Brooks [Koepka], myself, Dustin, even going back to Justin Thomas — it’s bounced around a lot. From that point of view, I’m not going to take on that story.”

Few golfers have played as well at Augusta National as Rose, a two-time runner-up, who has finished tied for 14th or better in each of his past five Masters appearances. He came close to winning his first green jacket twice, finishing runner-up to Jordan Spieth in 2015 and losing to Sergio Garcia in a sudden-death playoff in 2017.

“I felt like that was the first major I’ve been close to and not won, really, like a heartbreaker,” Rose said of the loss to Garcia two years ago. “So that was the first. I think I took comfort in the fact that you can’t get through a career without something like that happening, so just deal with it and move on. You’re not the first person, you won’t be the last, so just kind of get on with it.”

Rose, 38, won the 2013 U.S. Open at Merion Golf Club and has been chasing his second major championship title ever since.

“I would take four, as long as it’s one of each, that would be awesome,” Rose said. “That would be enough. That would be great. I’d love just to say the word ‘multiple’ to be honest with you. I’ve got one. I’ve seen some guys go through a career and not be able to get that elusive first major, and no doubt it’s a hole in the gap of any career if you don’t get it done.”