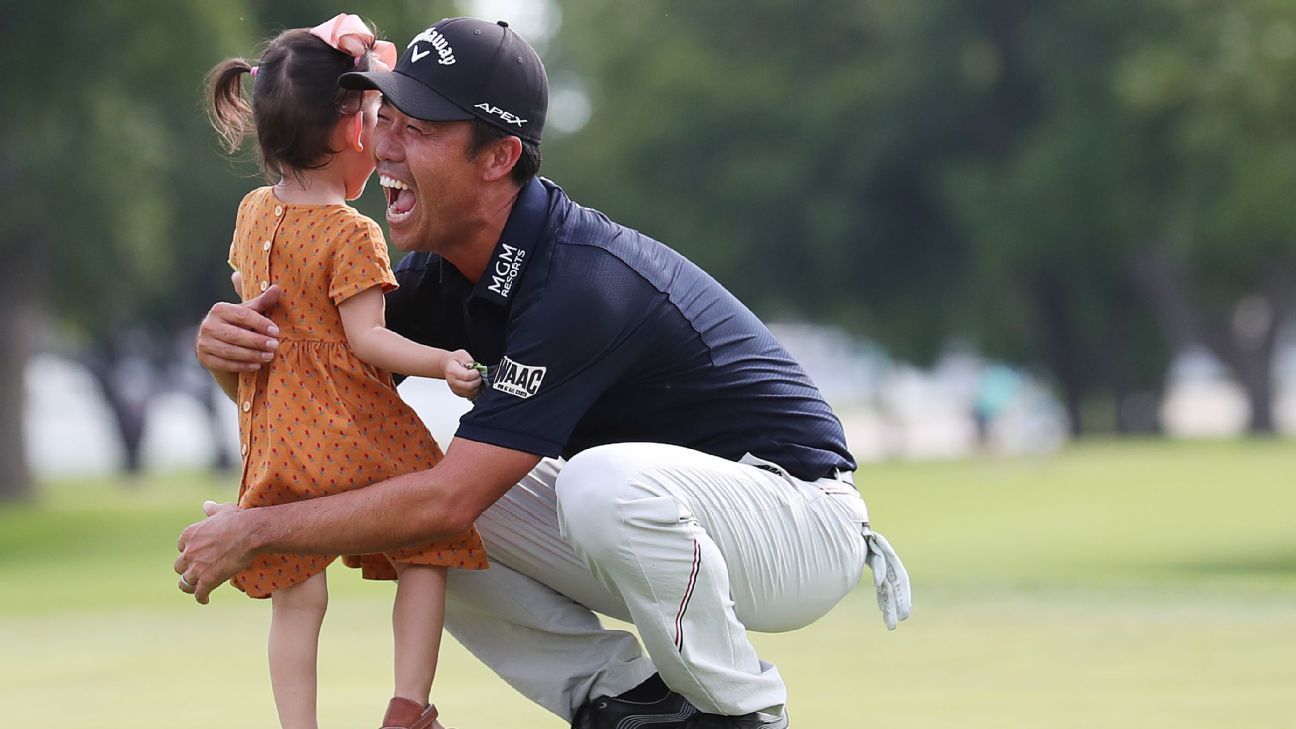 FORT WORTH, Texas — Kevin Na birdied four of the first eight holes and shot a 4-under 66 to cruise to a four-shot victory over Tony Finau at Colonial Country Club on Sunday.

The South Korean-born American opened with a two-shot lead and was in front by at least that many for the final 16 holes after putting his second shot inside 5 feet for birdie at the par-4 second. Na finished 13 under.

Na’s third career PGA Tour victory, and second in 10 months, came after putting himself in contention with a second-round 62, one off the Colonial record. It was his third score at least that good in a span of six on the cozy course made famous by Ben Hogan.

Local favorite Jordan Spieth‘s strong putting disappeared in a 2-over 72 as the Dallas native finished eight shots back to remain without a victory since his third major title at the 2017 British Open.

Finau briefly was within a shot of Na early in the round, and the first-round leader was two back when Na birdied 14 about the same time Finau had a bogey at 16 to push the lead to four. Finau, looking for his second career win three years after his first, closed with a 68.

It’s the first time since 2002-03 that consecutive Colonials were decided by more than one stroke. Defending champion Justin Rose, who won by three and was the highest-ranked player in the field at No. 3 this year, had his third score of par or worse, shooting 70 to finish 5 over.