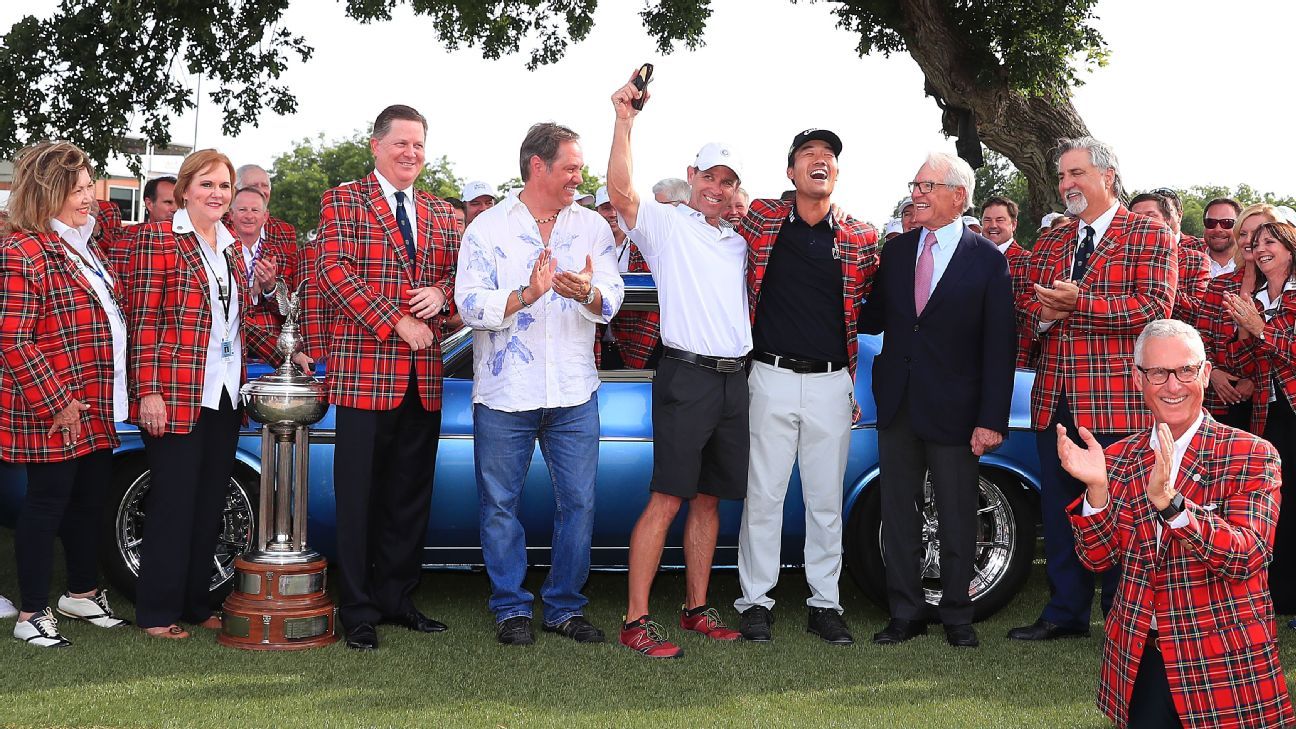 Few were happier to see Kevin Na‘s name added to the wall of champions at Colonial on Sunday than his caddie, Kenny Harms, who got to take home a blue 1973 Dodge Challenger.

Na cruised to a four-shot victory over Tony Finau at the Charles Schwab Challenge to secure his third career PGA Tour victory, and among the prizes awarded to the winner was a blue Challenger, recently coveted by Harms.

The caddie asked during a practice round if he could have the car if Na won, and Na said yes.

“He knows I was thinking about it,” Na said. “I mean, looks like a beautiful car, but little did I know how much that car was worth.”

On Sunday, after finishing his round with a birdie at 18, Na pointed at the Challenger and yelled at Harms: “That’s your car.”

“I don’t know how my caddie convinced me to give him the car, but he’s a good salesman, I guess,” Na told reporters, according to PGATour.com. “He sold me into it. But I’m more than happy to give it to him. He deserves it.”

Na said he was content to go home with the Colonial trophy.

“I’m more than happy to give it to him,” Na said. “I got something cooler right here.”