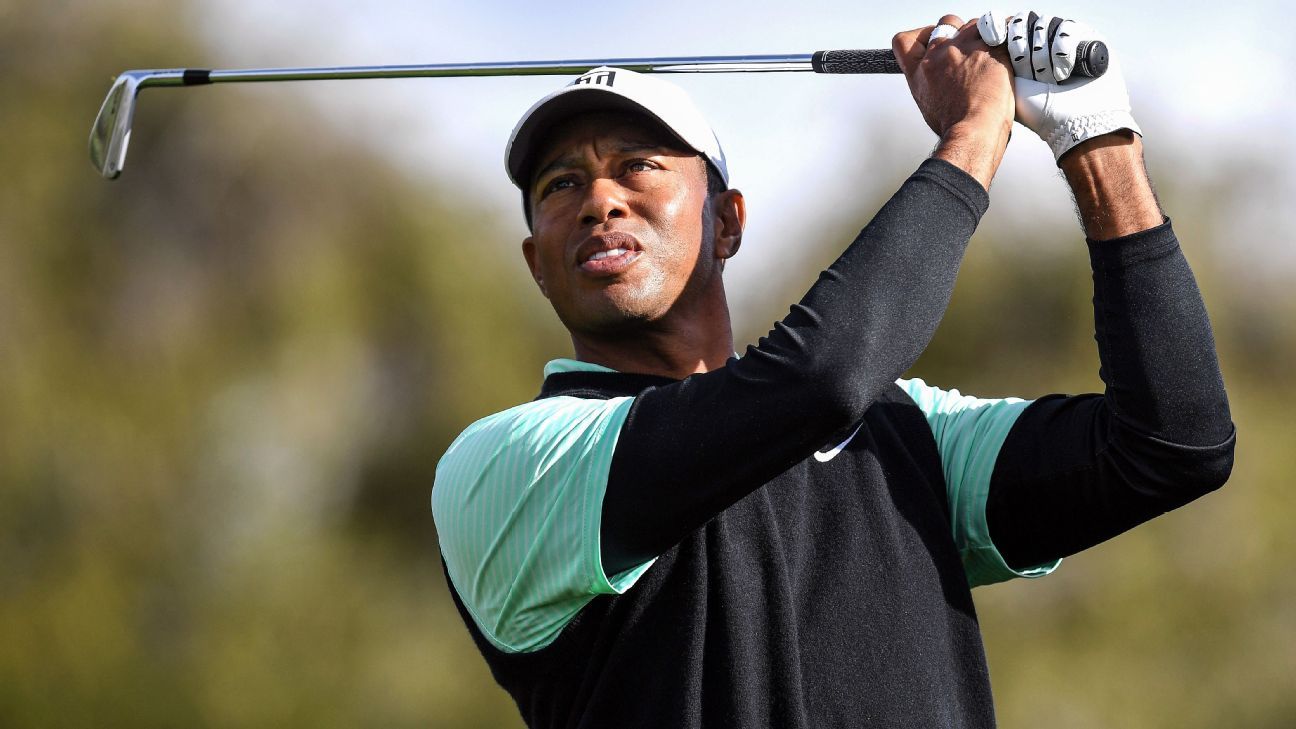 LOS ANGELES — On a cool, wet, mostly miserable day, Tiger Woods played more holes in competition than at any point in his comeback from spinal fusion surgery nearly two years ago.

And with mixed results that left him frustrated.

Woods played 30 holes at Riviera Country Club on Friday and lamented a poor day on the greens as he bogeyed his final two in the rain to finish at 1-under par at the Genesis Open. Justin Thomas, who played alongside him with Rory McIlroy, is at 10 under, tied for the lead with Adam Scott.

Woods is tied for 55th place, and like last year here, likely must battle to make the 36-hole cut with half the field yet to begin the second round.

“It was a tough day,” said Woods, who will play the remaining six holes of his second round Saturday morning starting at 7 a.m. PT (10 a.m. ET). “I’m stiff right now. It got pretty chilly towards the end, the ball wasn’t going very far. It was just amazing how well and how good [Thomas] putted today, he made everything today. He made tough conditions look easy.”

Woods played 29 holes on the Saturday of the PGA Championship last August, completing 11 holes of the second round before playing the entire third round. In each case, he shot 4-under 66 and went on to finish second behind Brooks Koepka. But it was 90-plus degrees in St. Louis, a far cry from the damp conditions Woods faced Friday.

This is his second start of 2019, after he finished tied for 20th last month at the Farmers Insurance Open. After a slow start Friday saw him bogey two of his first seven holes, Woods responded with four consecutive birdies starting at the eighth, but made a bogey at the par-5 17th and settled for a 1-under 70.

Following a short break, he began the second round on the 10th hole and birdied two of the first three, but made bogeys at the 16th and 18th. After rolling in a 40-footer for an eagle at the first hole, Woods suffered in the rain, struggling to hit good shots, leading to bogeys at the second and third holes before play was called due to darkness.

“I putted awful today,” said Woods, who needed 34 putts over his opening 18 holes, when he hit 17 greens in regulation. “I didn’t hit it that bad, felt like I controlled it well enough and just a terrible day on the greens.”

Woods hosts the Genesis Open, which is run by his TGR Foundation. But the event has always given him fits. In 12 previous appearances, 11 at Riviera, Woods has never won — the most times he’s played any tournament in his career without a victory. Last year, he missed the cut in his first appearance here since 2006.