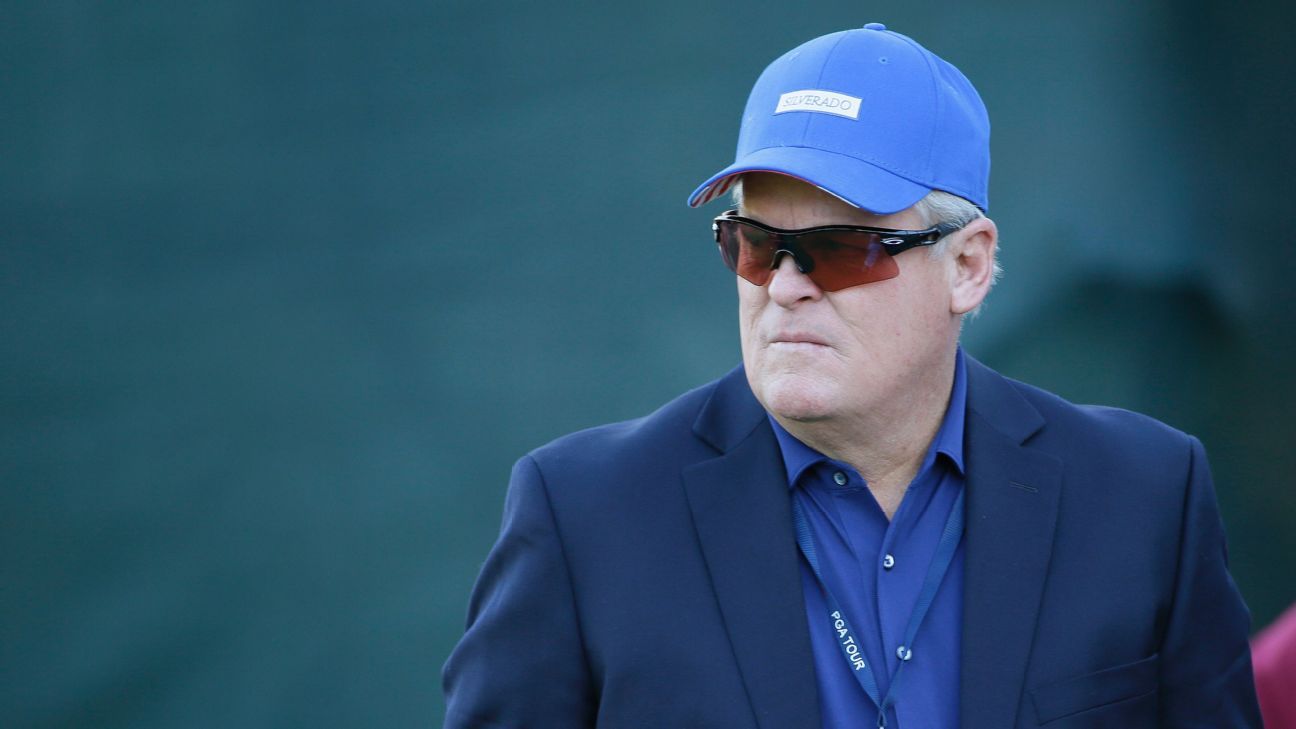 SCOTTSDALE, Ariz. — Johnny Miller knew that Saturday of the Phoenix Open was the right fit for his last broadcast.

He settled on the Waste Management Phoenix Open, an event Miller, 71, won twice during his playing career. But, he didn’t want his final call to be on a Sunday, when a playoff could impact the broadcast.

So, Miller’s last broadcast will be Saturday, a day before the tournament ends, because it “made the most sense to do it on Saturday.”

“I’ve always had a great feeling about Arizona and I don’ know what it is about Arizona but I just love being in Arizona — maybe not in July, but I like Arizona,” Miller said.

“I’m feeling good to be in Arizona and ended up here.”

Miller said he’s a “big believer in there’s a time and a season in everybody’s life for different things.” After 21 years on the PGA Tour and 29 years as a golf analyst, Miller is ready to get off the road and prepare for his next season — although he’s not sure how that’ll go.

“You know, (it’s) sort of an interesting time mentally what I’m going through,” Miller said. “Part of me is like, it’s like the last day of school before summer school break and sort of like, ‘I’m free, I can do anything I want.’

“But it will be interesting to see when the spring Florida swing comes along. We have been doing that, how many years? So many years. That was always sort of the start of our season and I’m probably going to have some nostalgia there.”

Miller plans on spending time at his homes in Utah, Napa Valley and Pebble Beach, and will work on his golf course design company while trying to see his six children and 25 grandchildren. With his long-time broadcast partner Dan Hicks sitting to his right during a press conference in the middle of the second round of the Waste Management Phoenix Open on Friday, Miller reminisced on both of his careers.

And he still doesn’t know how his playing career, which produced 25 PGA Tour wins, including two majors, and an induction to the World Golf Hall of Fame in 1998, segued into a broadcasting career.

“I have no idea, to be honest with you,” he said. “I had no inclination or any ambition or inkling that I would be going that direction and if somebody would have told me back in 1989 that I would not only be doing it but I would do it for almost 30 years, I would have said, ‘Good luck on that one.'”

Three days after he retired from the PGA Tour in 1989, NBC called him with an offer to replace Lee Trevino, who was going on the Senior PGA Tour. Miller initially declined the offer but NBC told him to think about it. After telling his wife, Linda, that he received an offer from NBC to be a lead analyst, which, at the time, Miller said there were only three such positions in the country, she told him it’d be nice to have a steady income since he retired.

Miller accepted. And then tried to quit after the first day. He was convinced to continue and established himself as a blunt, honest and respected analyst who wouldn’t sugar coat his commentary. That approach has since defined Miller in the booth.

“I think people, even the players, knew if they really analyzed what I said, I was coming from an area of knowledge and also saying what I really saw,” Miller said. “I mean, a guy’s hitting nothing but fades and hasn’t hit a duck hook in three years and he’s hitting a duck hook the last three holes, he might be chocking, right?

“I mean, you got to say that. The public wants that. They want to hear the truth. We’re in a P.C. mode and people are afraid to tell the truth, tell what it really is and they’re starving for it. So, I said a couple times that I take off their clothes but I leave their underwear on.”

Miller had a successful playing career, winning the 1973 U.S. Open and 1976 Open Championship, but said the one tournament that got away was the Masters. He was leading his first Masters by two strokes with four holes to play and ended tying for second with Jack Nicklaus — the first of three second-place finishes in Augusta.

“Bottom line is I would like to have gone to that (champions) dinner, you know?” Miller said. “That’s the greatest part about the Masters for a winner, is that whole champions thing. It’s pretty cool.”

Miller and Hicks, who’ll do play-by-play with Miller this weekend, have called 232 golf events together since becoming a team in 2000. And Miller has called about 100 of those barefoot, Hicks said.

That was one of Miller’s many quirks, Hicks said. Another was his enjoyment of cheese from an aerosol can. Miller would eat the cheese straight from the can during broadcasts, leading his production team to label a can just for Miller.

“I’m going to miss those as much as anything, all the little things,” Hicks said. “This week has just been, ‘This is your Life,’ and we have been just kind of going over all the great memories of having Johnny at 18.”

Miller said calling Ryder Cups have been the highlight of his career but added that his favorite tournament has been the 2000 U.S. Open, which Tiger Woods won by 15 strokes.

“That was,” Miller said, “the best performance, golfing-wise, in the history of the game.”