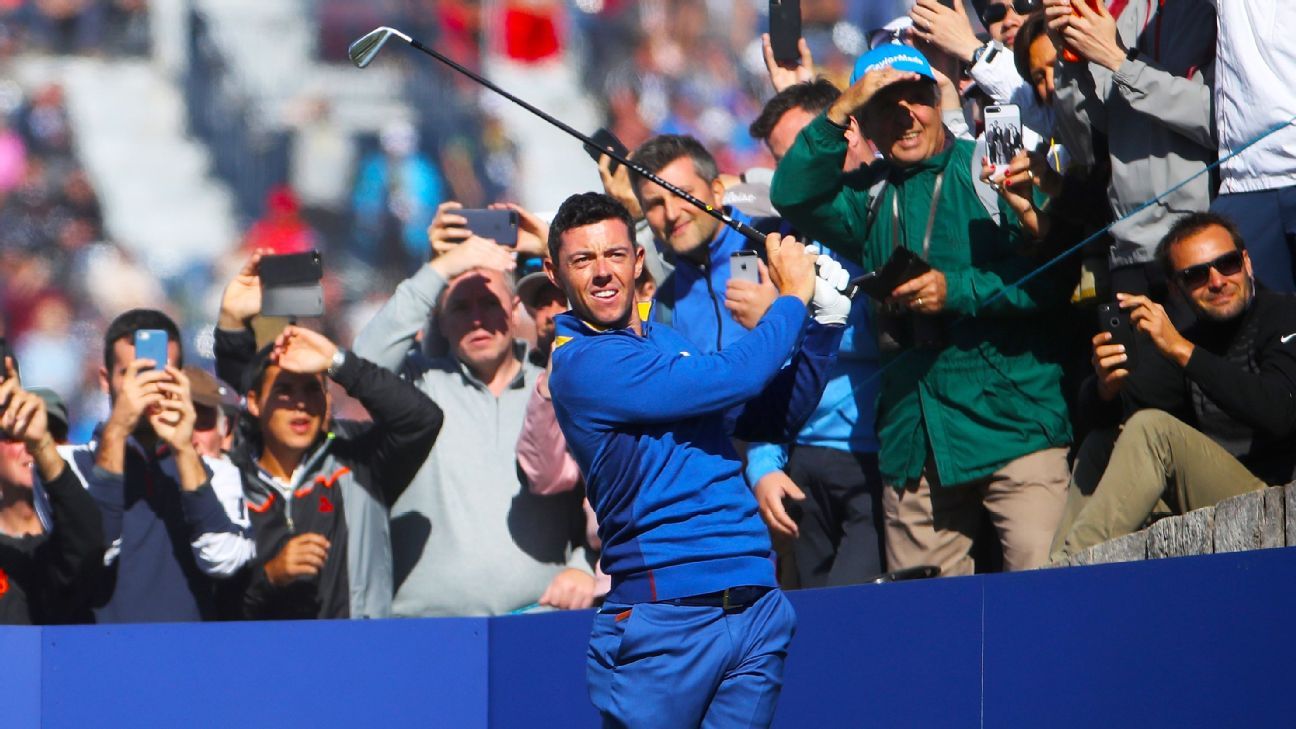 World number one Rory McIlroy says he would prefer this year’s Ryder Cup to be postponed until 2021 rather than stage the event with no fans present due to the coronavirus pandemic.

The golf calendar has been ravaged by the new coronavirus outbreak, with three of the sport’s four majors — the Masters, U.S. Open and PGA Championship — postponed and the British Open cancelled altogether.

The 2020 Ryder Cup is scheduled to take place from Sept. 25-27 at Whistling Straits in Wisconsin but there are doubts that it can go ahead as planned.

PGA of America CEO Seth Waugh said on Tuesday the idea of staging the Ryder Cup in September without spectators is being discussed.

McIlroy said the absence of spectators would ruin the spectacle of the biennial event, which the European team won in Paris in 2018.

“I get the financial implications for everyone involved,” McIlroy said during an Instagram live talk with equipment company TaylorMade.

“There’s a lot that goes into putting on the Ryder Cup that people don’t appreciate, but having a Ryder Cup without fans is not a Ryder Cup.

“It wouldn’t be a great spectacle, there’d be no atmosphere, so if it came to whether they had to choose between not playing the event or playing it without fans, I would say just delay it a year and play it in 2021.

“Obviously it would be better for the Europeans to play without fans because we wouldn’t have to deal with some of the stuff you have to put up with, but at the same time it’s not a Ryder Cup,” McIlroy added.

“If they do delay it until 2021, the next Ryder Cup is in Italy, and we know how badly Italy was affected by coronavirus, so it gives them an extra year to prepare for the event in 2023.”