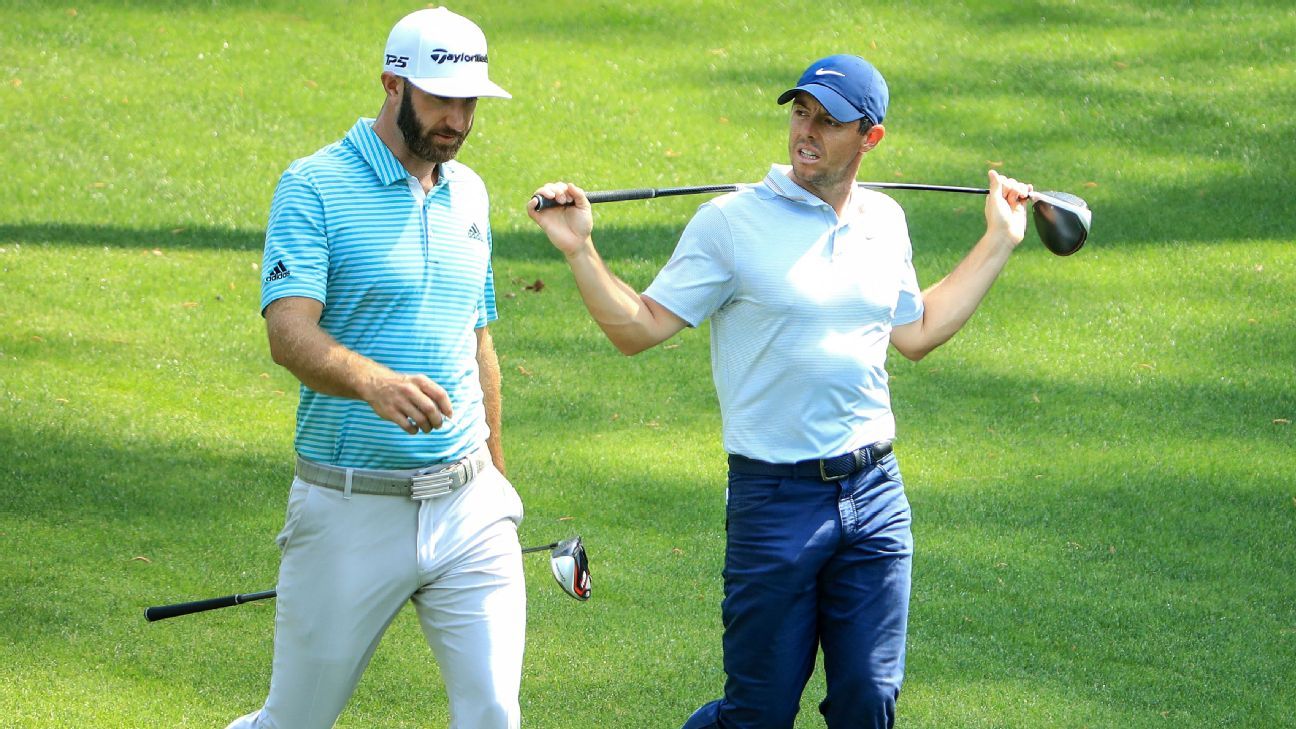 Rory McIlroy wasn’t the favorite at the start of the year to win the Masters, but he is now.

McIlroy, a four-time major champion, has 7-1 odds to win his first Masters this week at Augusta National and complete the career grand slam.

Dustin Johnson is 10-1, followed by Justin Rose (12-1) and Tiger Woods (14-1). Jordan Spieth, Justin Thomas, Rickie Fowler and Jon Rahm are each 16-1 at the SuperBook at Westgate Las Vegas.

One bettor put even more money on Woods at the William Hill US sportsbooks on Tuesday afternoon, wagering $85,000 at those 14-1 odds. The bet would win $1.19 million and represents the largest liability on any individual golf wager in the company’s history.

Last August, when the SuperBook posted odds to win the 2019 Masters, McIlroy was lumped in with a group of second-tier contenders at 14-1. Spieth, Johnson, Thomas and Woods were each given better odds than McIlroy. That’s changed.

No one has been hotter than McIlroy to start the season. He has yet to finish worse than sixth place in a stroke-play event in 2019 and, after his win at The Players Championship, emerged as the consensus Masters favorite in mid-March. McIlroy is the only golfer with single-digit odds entering the week.

“McIlroy going from 14-1 to 7-1 is a considerable move,” said Jeff Sherman, vice president of risk for the SuperBook. “We’re not getting any large wagers, but it’s a lot of small stuff.”

While McIlroy is the favorite, more money has been bet at the SuperBook on Woods to win the Masters than any other golfer. Woods also attracted the largest wager the SuperBoook has taken on this year’s Masters, a $10,000 bet at 12-1 placed in late February.

Spieth is second in money wagered at the SuperBook. Sherman said he took a $6,000 bet on Spieth this week that caused him to trim the 2015 Masters champion’s odds from 20-1 to 16-1.

Spieth and Woods also have attracted the most money to win the Masters at DraftKings sportsbook in New Jersey. Twenty percent of the money bet on DraftKings’ tournament odds are on Spieth and Woods.

Information from ESPN’s Ben Fawkes was used in this report.