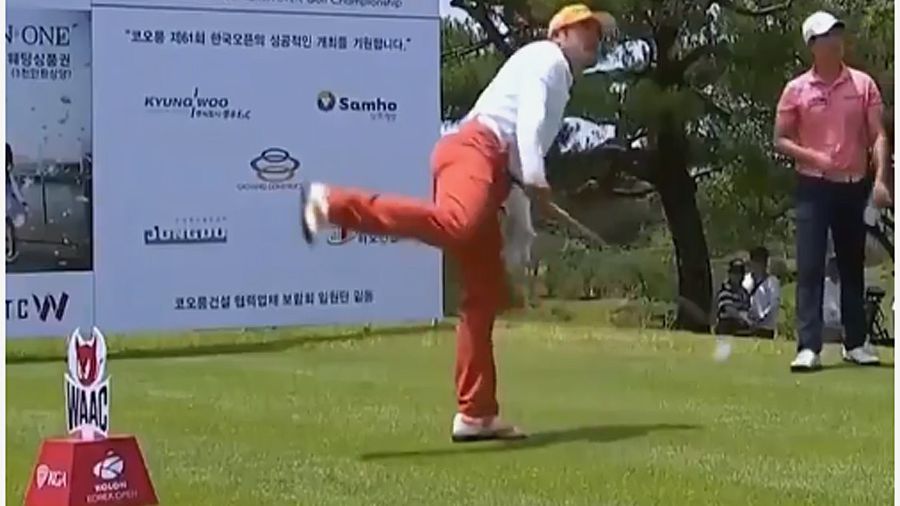 SAN DIEGO — Rory McIlroy is amused by the unusual followthrough and theatrics of Ho-Sung Choi, a Korean golfer who has gained a following due to his unorthodox methods.

But McIlroy is not quite sure Choi deserves a spot in a PGA Tour event.

McIlroy was asked about Choi’s crazy swing Wednesday at Torrey Pines, where he is making his tournament debut at the Farmers Insurance Open. Choi was given a sponsor’s exemption to play at the AT&T Pebble Beach Pro-Am in two weeks.

“If you watch it up until impact, he’s technically got a pretty good swing. He’s obviously a pretty good player,” McIlroy said. “Whether that means he should be taking a spot away from a PGA Tour player at a PGA Tour event, I’m not so sure.”

Such exemptions are common at PGA Tour events, with a few earmarked for players who are not tour members.

Choi, 45, plays on the Japan Golf Tour and is ranked 194th in the world. He has four straight worldwide top-20 finishes and won the Casio Open in Japan last fall. There will easily be a few dozen pros in the Pebble Beach field ranked lower than Choi.

“It’s gained a little notoriety and he’s a good player. I’m not sure a golf shot should mean that much to you that you’re doing that after you hit it, like it’s just trying a little too hard,” McIlroy said, laughing. “You have to try hard at golf, but that’s taking it to an extreme.”