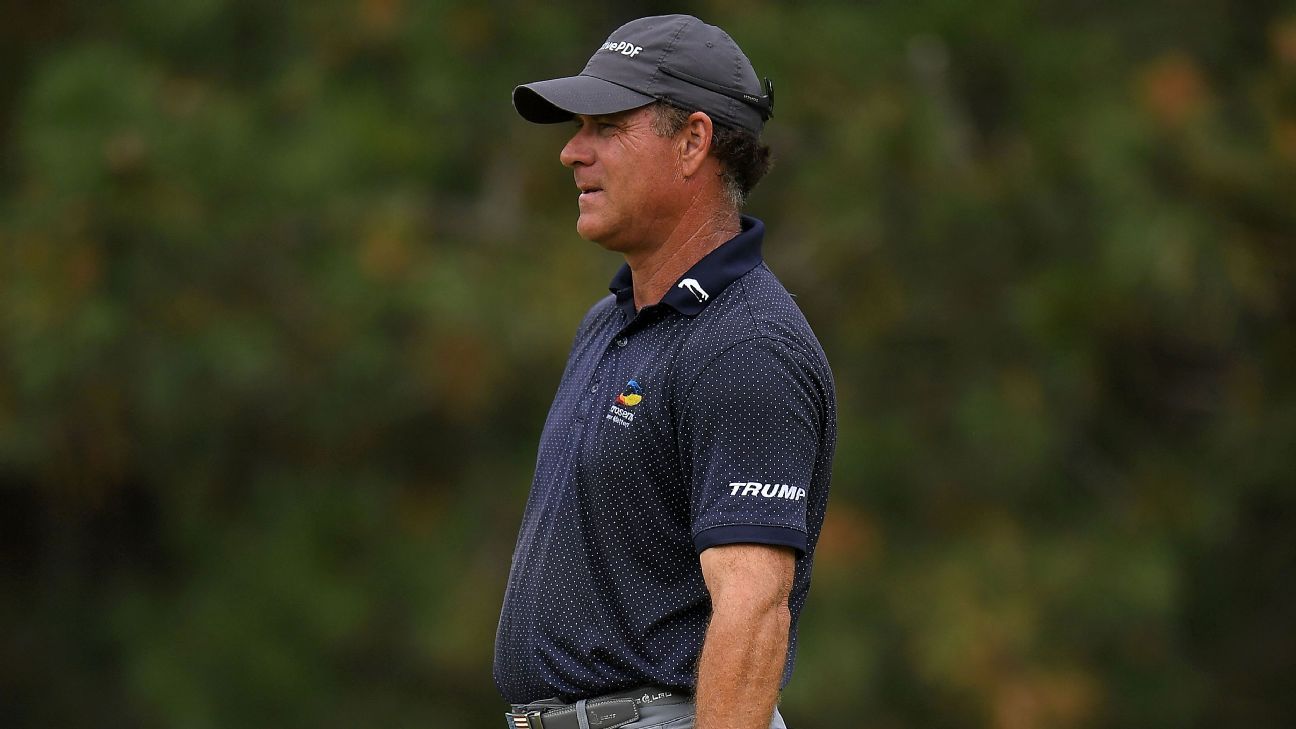 NEWPORT BEACH, Calif. — Scott McCarron closed with a birdie for a 7-under 64 and a share of the first-round lead with Fran Quinn on Friday in the PGA Tour Champions’ Hoag Classic.

McCarron rebounded from a bogey on the par-4 16th with the birdie on the par-5 18th at Newport Beach Country Club in wind at 20-25 mph.

“Every hole plays crosswind just the way this golf course is set up, and with this wind, it’s tough,” McCarron said. “You’ve got to really change your start lines off the tee and be able to control the trajectory of the golf ball. I did that very well today.”

“I don’t know if it’s unfinished business, but I felt like I certainly had a chance to win last year,” McCarron said. “Bogey at 17 cost me, but I played well. This is a golf course that I enjoy playing, so hopefully we can get in the hunt come late Sunday.”

Quinn finished with a bogey on the par-4 ninth. Winless on the senior tour, he birdied seven of his first 11 holes.

“I played really well tee to green,” Quinn said. “I had a ton of opportunities. I might have made five birdies inside of 3 feet, so I had a couple real kick-ins. … Missed a couple short putts. The one on the last hole kind of stings a little bit, but overall in these conditions this golf course is difficult. I played solid.”

Colin Montgomerie shot 80, playing the front nine in 7-over 42 with a double bogey and five bogeys.

Bernhard Langer is sidelined by an injury to his rib and stomach area.