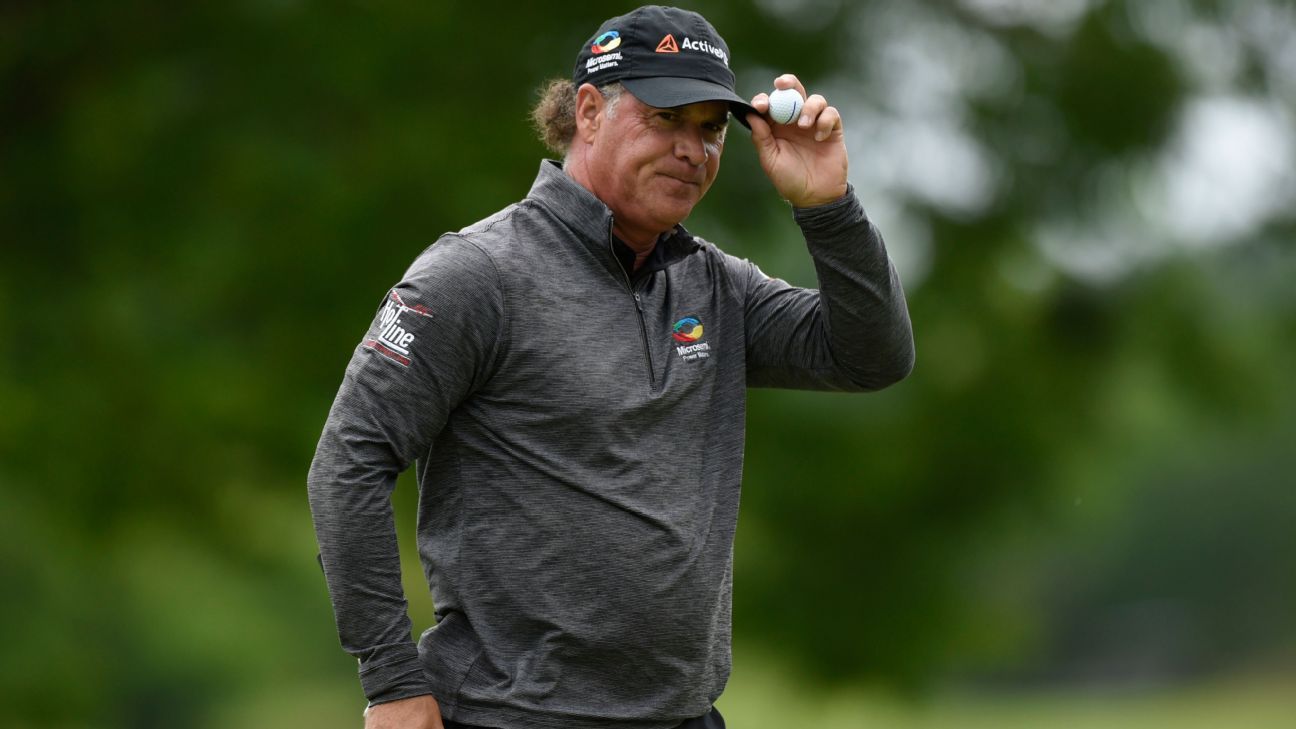 CHIBA, Japan — Scott McCarron had three birdies on the back nine to pull away for a 5-under 67 and a three-shot victory in the MasterCard Japan Championship on Sunday.

McCarron, who finished at 13-under 203 at Narita Golf Club, won for the third time this year to extend his lead in the Charles Schwab Cup. It was his fourth consecutive year of multiple victories.

“I’m doing everything I can to win the Charles Schwab Cup,” McCarron said. “To be able to do that, I’ve got to win as many tournaments as possible and so that’s what I’m trying to do. That’s my goal.”

Andrade’s birdie at No. 10 gave him a share of the lead with McCarron, but he dropped a shot on the 11th and never caught up. Instead, Andrade had to settle for his fifth top 10 on the season.

“It would have been nice if all of us that were up there could have put some pressure on him, but we didn’t,” Andrade said.