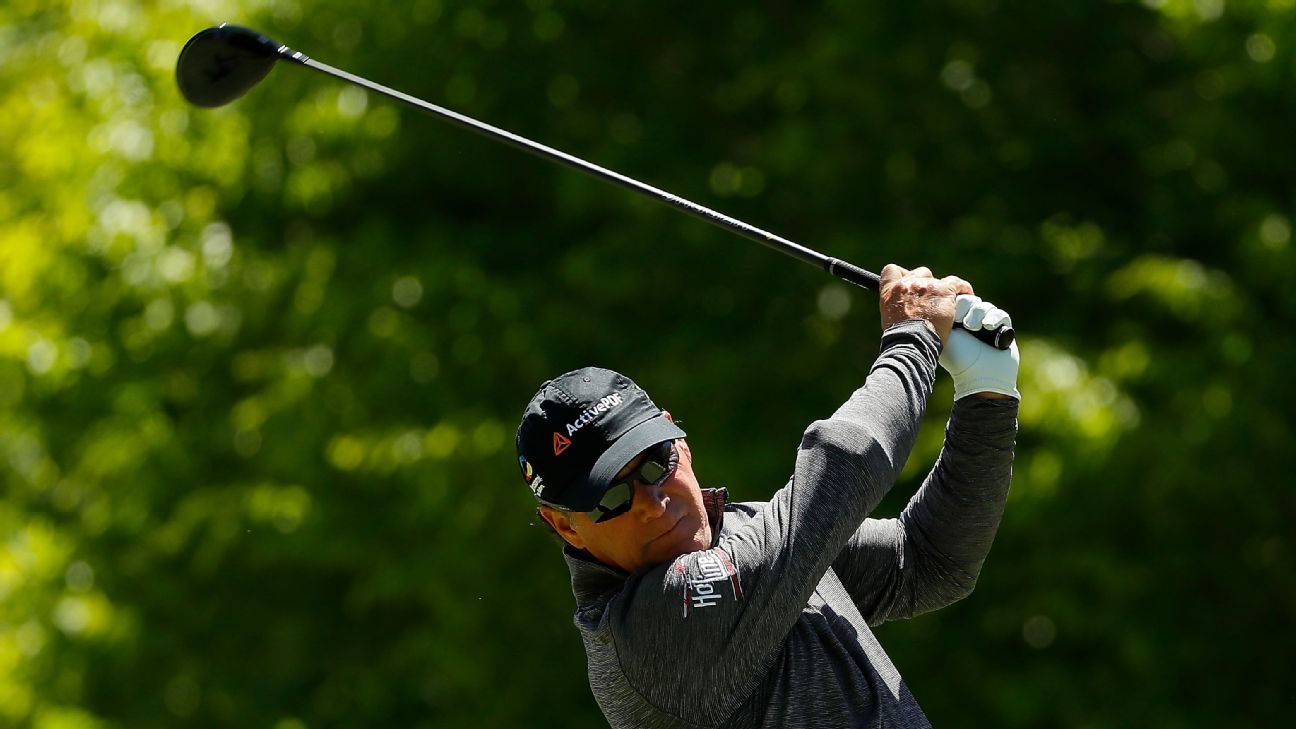 DULUTH, Ga. — Scott McCarron completed a wire-to-wire victory in the Mitsubishi Electric Classic on Sunday for his third victory at TPC Sugarloaf.

The winner of the PGA Tour defunct BellSouth Classic at the course in 1997 and 2001, McCarron closed with a 1-under 72 for a two-stroke victory over Jerry Kelly, Joe Durant, Kirk Triplett and Kent Jones in the PGA Tour Champions event.

“Obviously, it’s a golf course I like,” McCarron said. “I got to play here my first time with Greg Norman, who designed the golf course. When we were coming here I called him for a practice round. He kind of showed me some of the lines off the tees, where you could go, where you could get some more yardage and where you need to hit it on layups, those type of things. He taught me a lot on how to play this golf course.”

The 53-year-old McCarron finished at 7-under 209 for his ninth victory on the 50-and-over tour. He won three times on the PGA Tour.

“I’m having so much fun playing on the PGA Tour Champions,” McCarron said. “This is like a new lease on life for me for my golf career, but I also know that there’s an end in sight. Because of that, I’m putting everything I can into these whatever, 10, 15 years.”

McCarron lost the lead with a slow start, playing the first four holes in 1 over with two birdies, a bogey and a double-bogey on the par-5 third. He birdied the par-4 13th to break a tie with Durant and opened a two-stroke lead with an 18-foot birdie putt on the par-4 15th.

“It was just, ‘Stay patient, stay patient.’ That was it,” McCarron said.

McCarron earned $270,000 and took the lead in the Charles Schwab Cup points race.

Kelly birdied the final two holes for a 67. Durant, Triplett and Jones shot 69.

Durant birdied four of the first six holes to take the lead. He bogeyed the par-4 ninth and closed with nine straight pars.

“I missed a couple short putts for birdies I could have made,” Durant said. “But based upon the state of my game at the beginning of the week, I’m very pleased with how I finished because I wasn’t playing particularly well. Just due to the tough conditions, was grinding it out.”

Hall of Fame pitcher John Smoltz tied for 61st among the 77 finishers at 11 over, shooting 80-74-73. The former Atlanta Braves star got into the field on a sponsor exemption. He tied for 53rd in his tour debut in March in Tucson, Arizona.

Fellow former big league pitcher Shigetoshi Hasegawa had a 74 to tie for 72nd at 15 over. He also got a sponsor exemption.