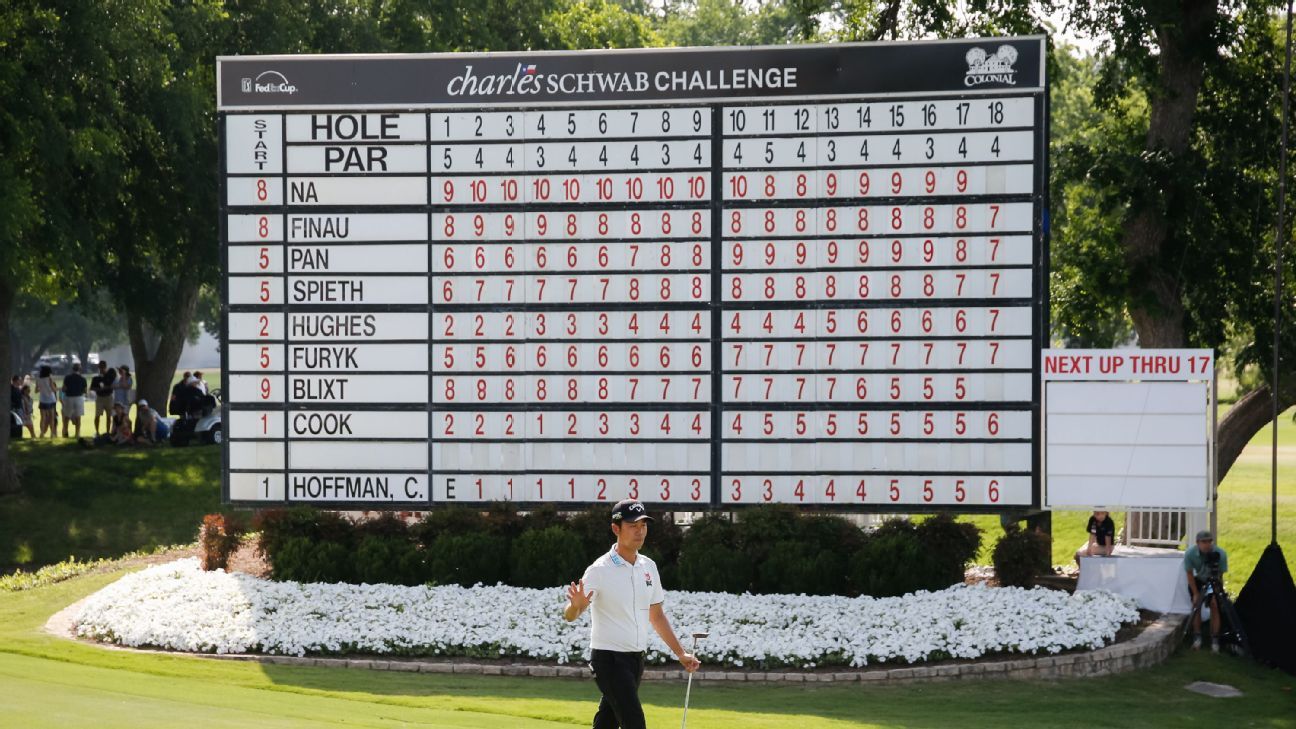 The PGA Tour’s first rescheduled tournament is now a month away, and the mayor of the city that is set to host a spectator-less event is confident the long-time Colonial Country Club tourney will proceed with the proper safety measures in place.

Betsy Price, the mayor of Fort Worth, Texas, told ESPN on Sunday that her staff and tournament officials have been in constant contact with the PGA Tour as plans for coronavirus testing have been put in place for the participants and workers at the Charles Schwab Challenge, which is scheduled for June 11-14.

“I’m very optimistic we can pull this off,” Price said during a phone interview. “We’ve been working with our local partners at the tournament and they been working diligently with the PGA [Tour] to make this happen.

“We are committed to have testing for the players, caddies and anyone who is going to be working at the clubhouse or the course. And we’ve arranged for other screening every day. It is not going to be a big crowd of people, so I’m pleased with how it is going. Health and safety are clearly the most important, not just for us but for all of the PGA [Tour] officials and works as well.

“And I’m excited about the chance for us to host the first PGA Tour tournament. The Charles Schwab is one of the oldest, and the oldest at the same location. This will help us send a strong message about getting back.”

The PGA Tour is expected to announce details this week about the restart to its season, which was shut down on March 12 after just one round of the Players Championship.

The Colonial tournament dates back to 1946 and is the longest-running non-major event at the same site on the PGA Tour.

Tour officials have not commented publicly since announcing their rescheduling plans on April 16. At that time, a revised schedule that includes the first four tournaments without spectators was put in place. Events will be played through early December, if possible.

As part of the plan to come back, Price said the city, tournament and the PGA Tour have partnered with the University of Texas Southwestern Medical Center to conduct relatively quick coronavirus testing.

Price said the tests would be conducted at a hotel in Fort Worth where players and caddies will stay; she said the possibility still existed that more than one hotel would be employed.

Others, including tournament personnel, volunteers and course workers, would be tested on site, at least once. Price said it is unclear whether the players will be tested more than once during the week, although PGA Tour player Brendon Todd said that would be the case during a conference call last week, adding that he expected players to be required to get a test before they travel to the tournament.

Price said the hope was to have the fastest tests available by the tournament, but for now, the plan is to go with a test that yields a result in 90 minutes to two hours.

Basic medical evaluations, including taking everyone’s temperature, will occur on all the other days of the tournament.

Price said that as of now, widespread testing is not available in Fort Worth, which the PGA Tour has said on a few occasions would be one of their criteria for returning at any of the events it plans to stage. But Price said she expected that to change “in about 10 days.”

“It has just been for people who show virus symptoms, but we have moved beyond that,” Price said. “Pretty soon anyone will be able to get them and that is what we are striving for. We’re a town of 900,000 people, so it’s going to be difficult for any city to test every one of their residents. But the testing is going to be much more robust.”

Gov. Greg Abbott recently lifted some of the restrictions put in place for Texas several weeks ago at the onset of the pandemic. Restaurants, for example, have reopened to 25 percent capacity. Price said there has been discussion that Abbott will increase that to 50 percent — with proper social distancing measures in place — on May 18.

Price also noted that in the coming weeks, Fort Worth will be hosting a rodeo and a NASCAR race at Texas Motor Speedway, both without spectators.

“I really don’t have any reservations about moving forward,” Price said. “I think the planning is going amazingly well. The PGA Tour and the tournament have really worked well with us. They are going to do this somewhere, why not here? At the time it was announced, I thought even if they pulled the plug on this, it would be a good experience for us.

“I think we’re all desperate to get things moving. I’m trying to be optimistic. We’ve been gradually reopening and people are starting to get their feet wet. And it seems to be working out.”