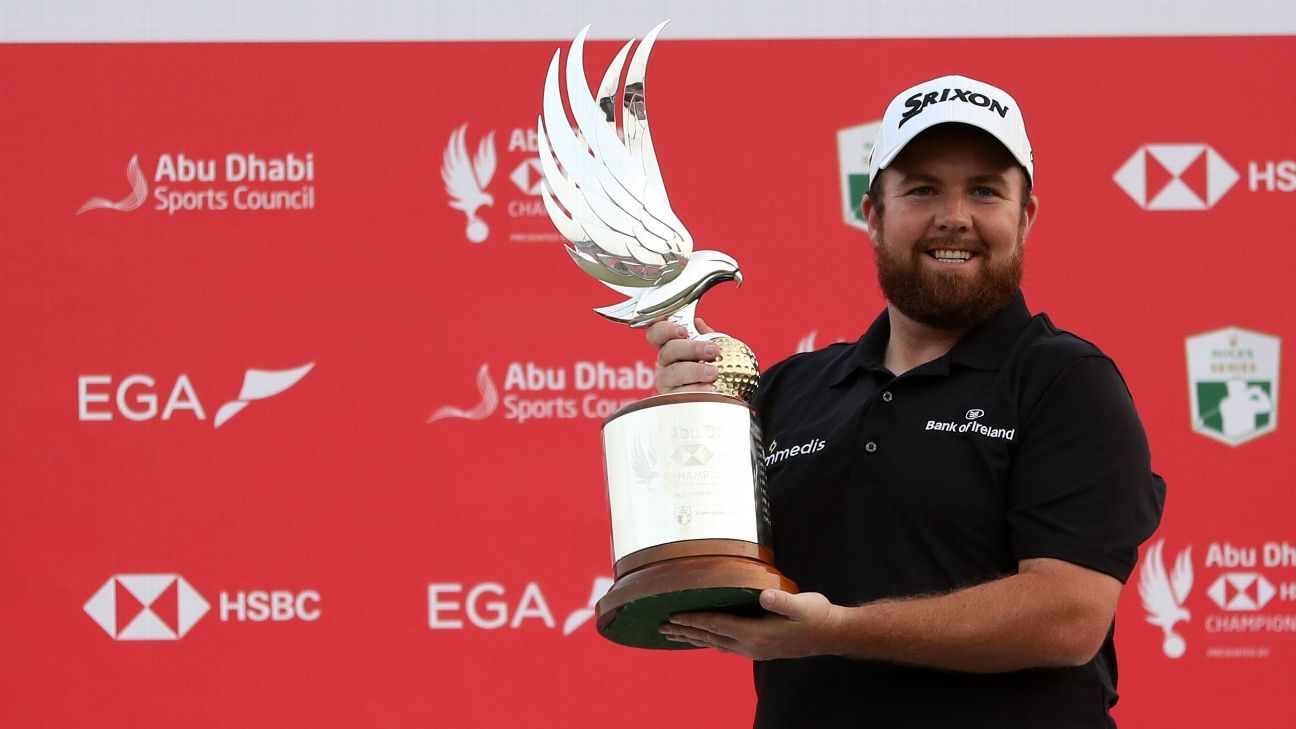 Shane Lowry won the Abu Dhabi Championship after being taken to the final hole Saturday.

Lowry had an overnight lead of three shots but that was quickly wiped out as the Irishman faltered and Sterne (69) played the first nine holes in 31.

The pair were tied on the 18th tee of the final round, but Sterne’s wayward approach to the final green saw Lowry win with a birdie for a 1-under 71. Lowry finished on 18-under 270 overall to clinch his first win since 2015 at the WGC Bridgestone Invitational.

“I completely thought I was gone to be honest,” Lowry told Sky Sports after being four shots behind Sterne with seven holes to play. “I just tried to put him under as much pressure as I could. But I didn’t think I had that in me today.”

The wire-to-wire victory for Lowry, who tied the course record with a 62 in the first round, will lift him back into the world’s top 50 and get him into golf’s showpiece events in 2019.

He is back playing on the European Tour after losing his U.S. PGA Tour card last year and slipping to No. 75 in the rankings.