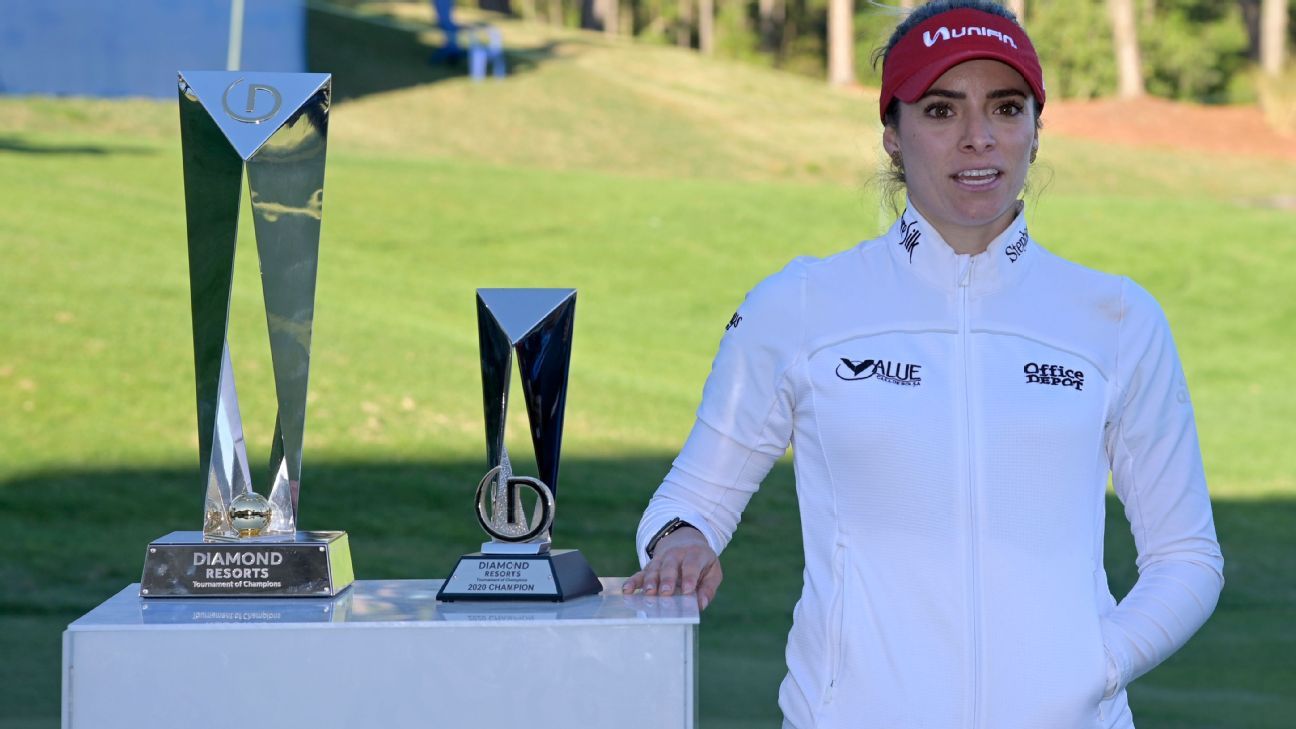 LAKE BUENA VISTA, Fla. — Gaby Lopez ran in a 30-foot putt for birdie Monday to defeat Nasa Hataoka in a seven-hole playoff that took an extra day to finish at the Diamond Resorts Tournament of Champions. It was Lopez’s second LPGA victory.

Lopez and Hataoka, ranked sixth in the world, returned to the 197-yard 18th hole at Tranquilo Golf Club at Four Seasons Golf and Sports Club amid morning shadows to finish what they started a day earlier.

Lopez and Hataoki matched one another with five pars at 18 on Sunday before darkness halted play. Monday, they played the hole twice more, tying the record for the LPGA’s fourth-longest playoff. The longest was 10 holes at the 1972 Corpus Christi Civitan Open.

Hataoka seemed to have the advantage on the seventh playoff hole, hitting a brilliant tee shot to 12 feet. But Lopez stepped up first and stroked a putt that climbed uphill and tumbled in on its last rotation. Hataoka, seeking her fourth LPGA title, pulled her birdie attempt left.

There were only six birdies at the difficult 18th hole all week, and Lopez made three of them, including one on the last hole of regulation to earn a spot in a playoff against Hataoka and Inbee Park, who was eliminated on the third playoff hole.