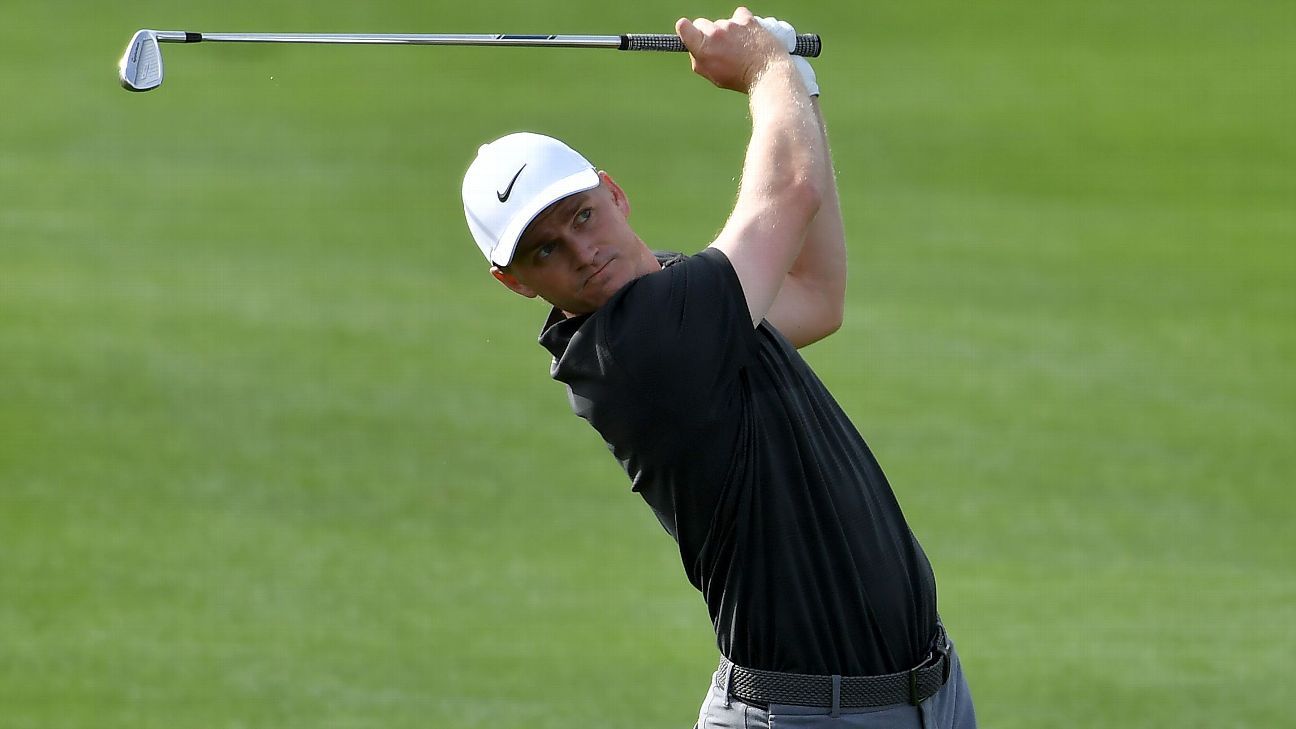 LA QUINTA, Calif. — Adam Long made a 14-foot birdie putt on the final hole Sunday to win the Desert Classic for his first PGA Tour title.

Long closed with a 7-under 65 on the Stadium Course at PGA West to beat playing partners Phil Mickelson and Adam Hadwin by a stroke.

Mickelson, the leader after each of the first three rounds, fought putting problems in a 69. Hadwin shot 67.

Long set up with the winning put with a 6-iron shot from 175 yards with the ball below his feet in dormant grass on a mound to the right of the fairway. The 31-year-old former Duke player earned his PGA Tour card with a 13th-place finish last year on the Web.com Tour’s regular-season money list.

Long finished at 26-under 262. He opened with a 63 on PGA West’s Nicklaus Tournament Course, shot 71 on Friday at the Stadium layout and had another 63 on Saturday at La Quinta Country Club.