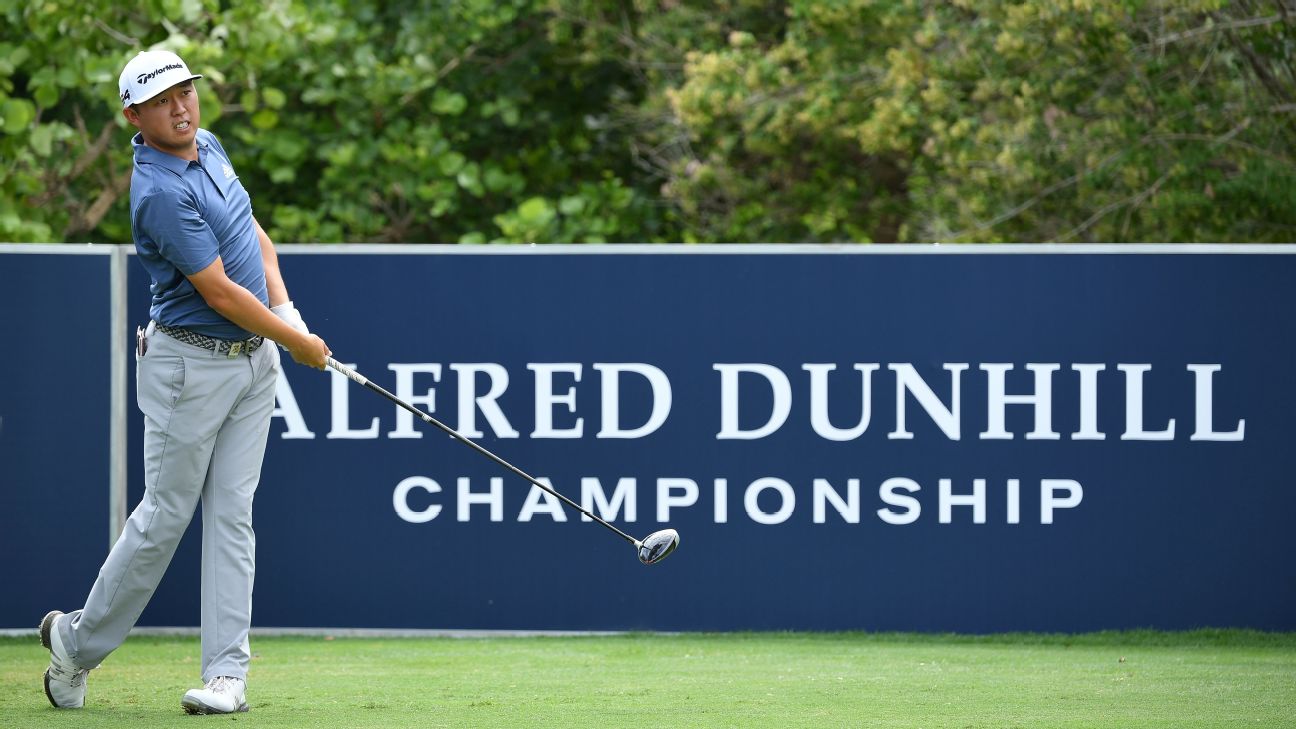 David Lipsky will take a one-shot lead into the weekend at the Alfred Dunhill Championship after a bogey-free 6-under 66 at Leopard Creek Country Club Friday.

Lipsky went to 8-under 136 overall and is chased by four Scottish players: Scott Jamieson (66) and Marc Warren (67) are a shot behind on 7 under and Doug McGuigan (66) and David Drysdale (69) are one more behind them.

The home challenge in South Africa slipped away on day two. Dylan Frittelli, Darren Fichardt, overnight leader Oliver Bekker and defending champion Brandon Stone are the closest South Africans at 5 under par, three off the pace. Oliver Wilson and Dimitrios Papadatos are also in that group of players tied for sixth.

Lipsky started on the 10th and made a birdie and an eagle in his first four holes for a flying start. The American collected three more birdies to push ahead and sit in prime position for a first European Tour title since 2014 and only a second career victory.

Ernie Els found some of his old touch with four birdies in six holes to round off his opening nine. The four-time major winner could make only one more birdie but his 5-under 67 saw him climb 36 places and sit four shots behind the leader. Els’ only victory at the Alfred Dunhill Championship came more than a decade ago.