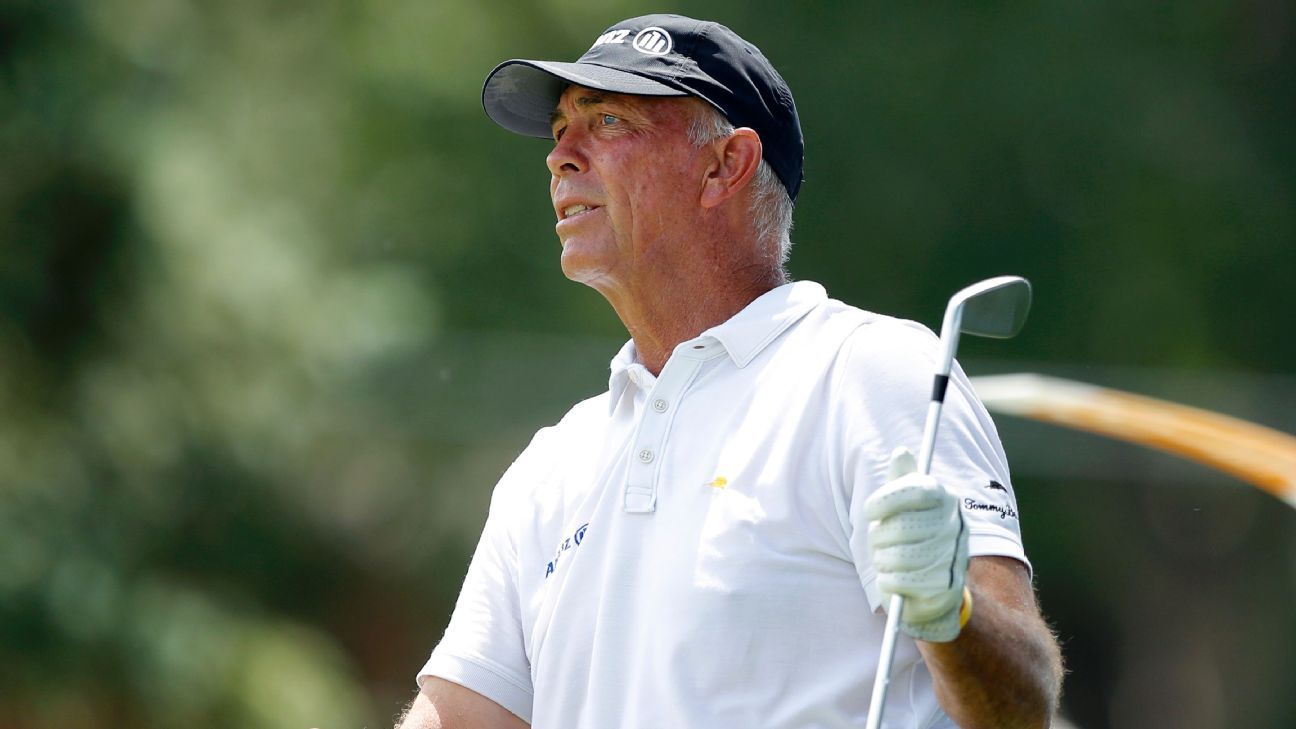 The 59-year-old Lehman closed with his second straight 7-under 65 for a one-stroke victory over Toms.

“As a competitor, you don’t want to win that way. Honestly, you don’t,” Lehman said. “You love winning. I’m not going to give the trophy back, but you would rather make a putt than have somebody miss a putt. So I felt bad for him because I thought he played extremely well.”

Four strokes ahead of Lehman entering the round, Toms finished with a 70. His long first putt on the par-4 18th went 7 feet past, and he missed the comebacker to hand Lehman his 12th victory on the 50-and-over tour.

“Hate to end up that way on the last hole,” Toms said. “Trying to make it (the first putt) because I figured if I made it, I had a chance to win right there. Never even entered my mind that I was going to three-putt.”

Toms made seven straight pars before the finishing bogey.

“Hit a lot of good putts on the back nine that I didn’t make, and Tom played great,” Toms said. “I told you yesterday standing right here somebody was going to play good today and I had to play really well. I shot 16-under par for the tournament in some pretty tough wind. I felt I played solid.”