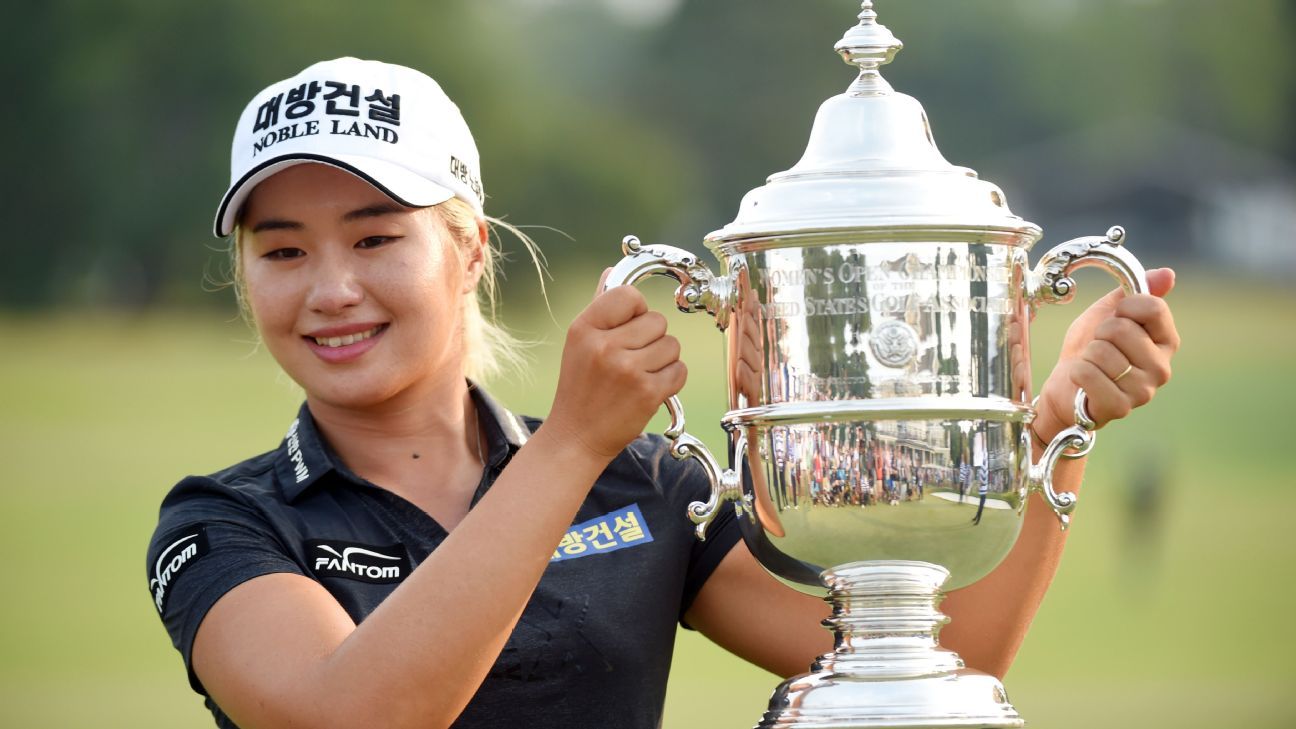 The 23-year-old South Korean shot a 1-under 70 on Sunday, enduring some shaky moments after opening up a three-stroke lead with three to play to hold off third-round co-leader Celine Boutier.

Lee6 was ahead by three after a birdie on the par-5 15th but took bogeys on the 16th and 18th to give Boutier a chance over the final two holes. But Boutier missed a long birdie attempt on the 17th and put her approach to the par-4 18th in a bunker. Her sand shot rolled off the green.

Lee6, playing two groups ahead of Boutier, was practicing putts when the Frenchwoman could not make the sand shot. Lee6 bent down in joy when her victory was secure, with countrywoman and 2011 U.S. Women’s Open winner So Yeon Ryu coming over to embrace the new champion.

Lee6 finished at 6-under 278 to claim the USGA’s first $1 million women’s winner check a few days after Tiger Woods‘ former swing coach, Hank Haney, made disparaging remarks about women’s golf by predicting a “Korean” would win and “I’d go with Lee.”

Lee6 has the number in her name because she was the sixth player with the name on the Korean LPGA. She has embraced the number, answering to it and writing a large “6” on her golf balls. Her South Korean fan club is called “Lucky 6.” Jeongeun Lee5 also plays the LPGA Tour.

Lee6 won a few days after Haney was suspended for his comments on his PGA Tour SiriusXM radio show when asked who’d win. “I’d go with Lee,” Haney said. “If I didn’t have to name a first name, I’d get a bunch of them right.”

Boutier made a double-bogey on the final hole to fall into a tie for fifth at 3 under. She shot 75. Lexi Thompson, Ryu and Angel Yin tied for second, two shots behind. Thompson shot 73, Ryu 70 and Yin 68.