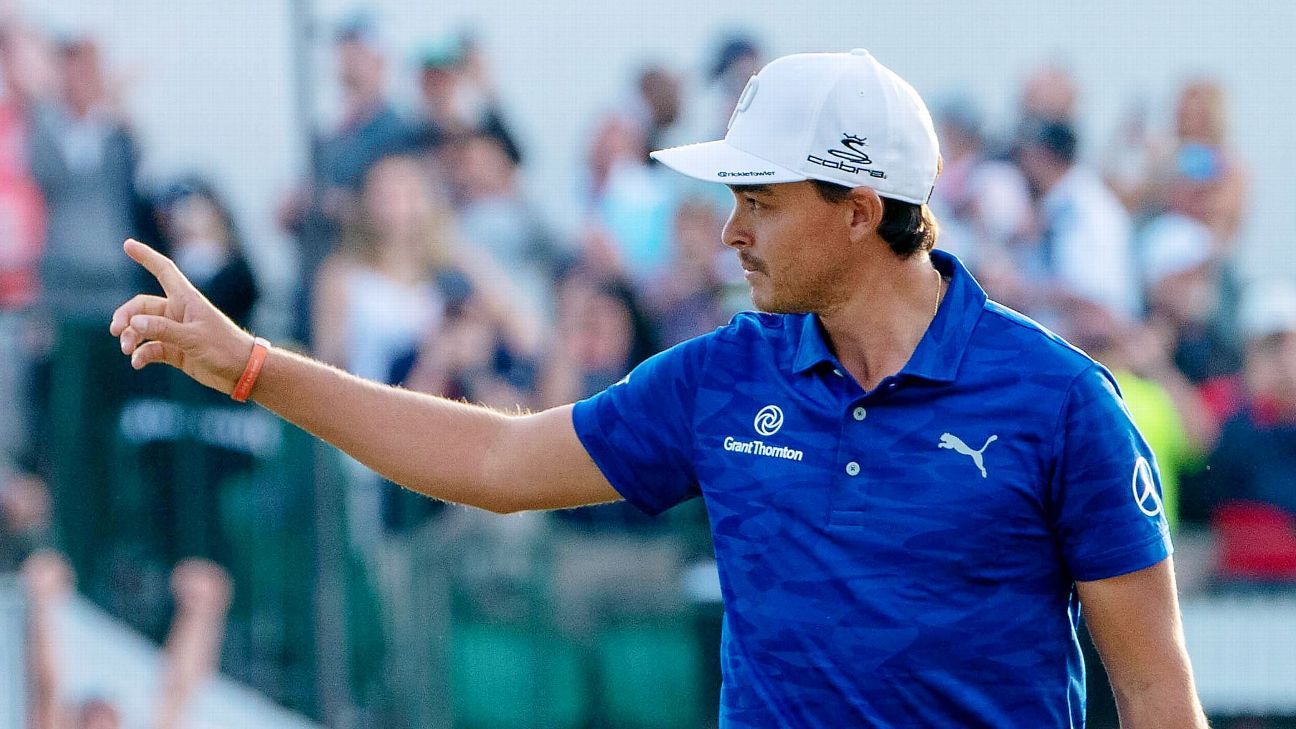 SCOTTSDALE, Ariz. — After the opening round of the Phoenix Open, Rickie Fowler lamented a missed putt that would have given him the outright lead and household bragging rights.

Following an impressive string of birdies to close out his second round, Fowler will get his chance to trash-talk Justin Thomas, his roommate this week.

Fowler closed with four straight birdies for a 6-under 65 on Friday, draining an 8-foot putt on the final hole to take a one-shot lead over Thomas into the weekend.

“Getting to play with your buddies, those are the people you want to lose to the least,” said Fowler, who was at 13-under 129 after opening with a 64. “So having bragging rights right now — we have a long way to go, there’s a lot of golf to be played — that will be fun. I definitely don’t want him out in front of me.”

Branden Grace aced the 193-yard seventh hole after switching clubs at his caddie’s advice and was two shots back along with Trey Mullinax. Both shot 64.

Matt Kuchar and Cameron Smith were at 10 under after a second straight day of pristine weather and course conditions.

Phil Mickelson shot 75 and finished 1 over to miss the cut for the fifth time in 30 career starts at the Phoenix Open. He is a three-time champion, last in 2013.

A two-rime runner-up at TPC Scottsdale, Fowler misread a putt on his final hole Thursday that would have given him the outright lead.

Through 14 holes on Friday, it appeared Thomas, who shot 66 to reach 12 under, would again get the household bragging rights.

Fowler dropped his approach shot on 18 just behind the hole and sank the 8-footer, sending a roar across TPC Scottsdale.

Thomas dropped in a birdie putt that nearly went all the way around the hole on the par-5 13th, but gave it right back on the difficult 14th when he pulled his approach shot and missed a 9-footer.

Thomas reached the par-5 15th in two and two-putted for birdie to get back to 12 under, finishing with four straight pars to temporarily take the lead. Fowler passed him, but the friends will be in the final group on Saturday along with Grace.

“No matter what we shot, it was going to be a good time, but it’s a little nicer knowing that we’re both sleeping in and playing in the last pairing,” Thomas said.

Playing his first Phoenix Open, Grace opened with a 67 on Thursday and got to 5 under with a two-putt birdie on the par-5 fifth. The South African switched from a 7-iron to an 8 on the par-3 seventh at the behest of his new caddie, Craig Connelly, and then celebrated from the tee as another massive Phoenix Open crowd roared for his third career hole-in-one — his first on the PGA Tour.

“I felt really good over the shot, hit a great shot and the guys behind the hole actually started jumping up before the ball actually went in,” Grace said. “When people start jumping up, you know it’s there or thereabouts. Obviously, what a nice place to have one.”

Grace, who missed the cut at Torrey Pines last week, also chipped in for eagle on the par-5 13th and reeled off three straight birdies to overcome a double bogey on the difficult par-4 11th.