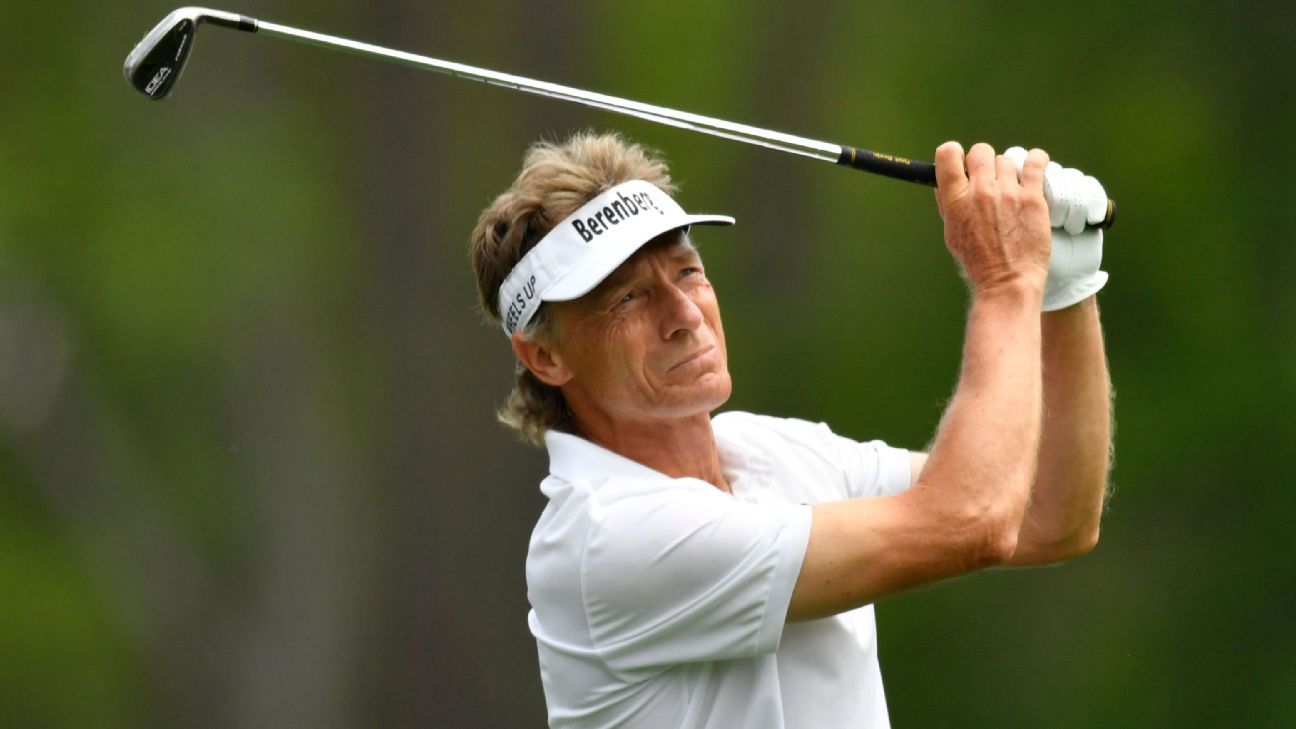 TUCSON, Ariz. — Bernhard Langer took another step closer to the PGA Tour Champions victory record by closing with an 8-under 65 to turn a four-shot deficit into at two-shot win in the Cologuard Classic.

Langer was flawless until the the final hole at Tucson National. He made nine birdies in 17 holes to seize control Sunday, and he wound up two shots ahead of Woody Austin.

Langer won for the 41st time on the 50-and-older circuit. Hale Irwin holds the PGA Tour Champions record with 45 victories, the last one coming in 2007.

That was the year Langer was eligible for the senior circuit. The 62-year-old German now has gone 14 consecutive seasons with at least one victory.

“I feel if I can play my best, I can win out there,” Langer said. “I can’t play at 80%. There’s too many good players nowadays that will lap me if I don’t play my best.”

“I don’t think about it,” Langer said with a smile. “But I get reminded of it just about every week. One closer. We don’t live and die for records, but it’s fun to have a couple of them.”

Langer finished at 18-under 201, and moved to the top of the Charles Schwab Cup standings.

Brett Quigley began the final round with a three-shot lead and was still in the mix until a double bogey on the par-5 12th hole. He closed with a 73 and tied for third with Rod Pampling.

Austin made a hole-in-one on the fourth hole and was on Langer’s heels until falling back with a bogey on No. 14 as Langer began to pull away. The ageless German had a three-shot lead going to the last hole and even in victory lamented a 6-iron he fanned to the right, leading to his lone bogey.

Asked where this round ranked, Langer said, “Very much up there — certainly the first 17 1/2 holes.”

He now has finished no worse than a tie for sixth in his four starts on the PGA Tour Champions this year.

“All in all, I’m extremely happy,” Langer said. “Confidence is a huge part of golf. It’s always great to win, to be happy about your game and feeling like you’re on top of it.”

It was the fifth time Langer has won on the PGA Tour Champions when trailing by at least four shots going into the final round, and his first time since trailing by four at the 2016 Boeing Classic.

Steve Stricker closed with a 68 and tied for fifth with Fred Couples, who had a 72.