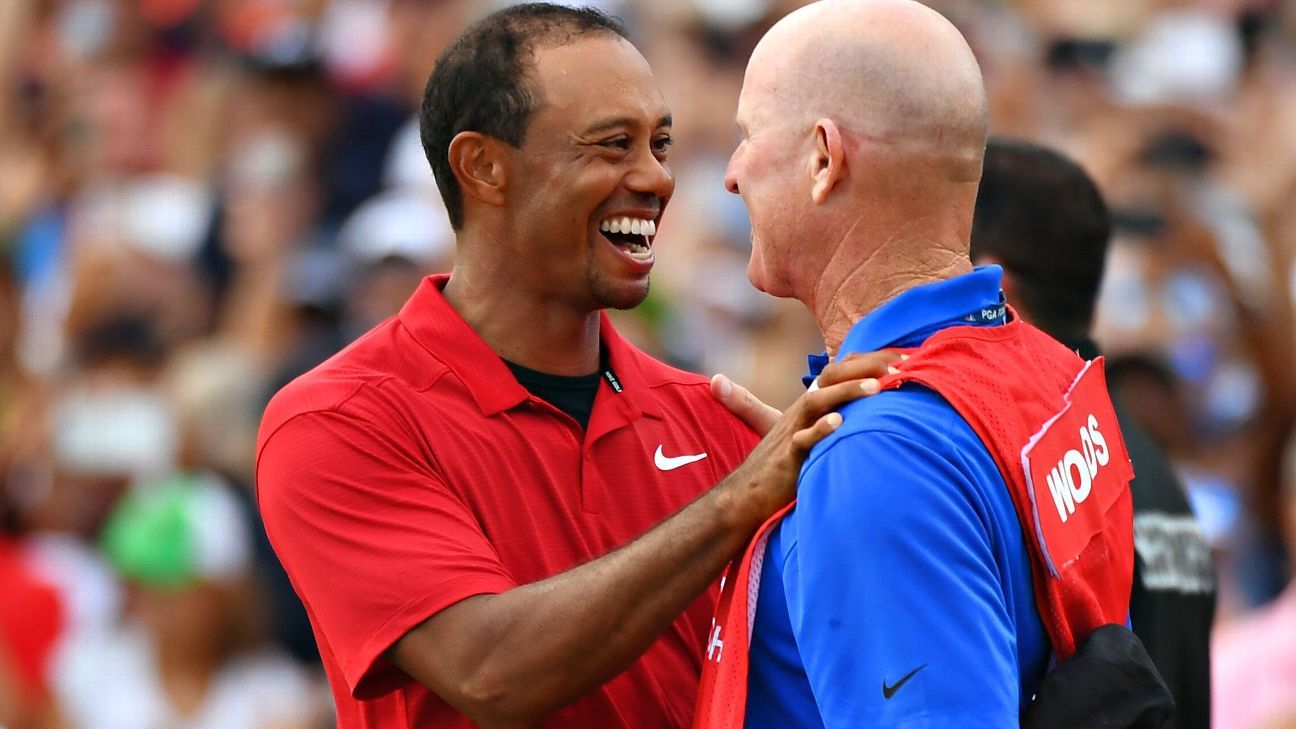 Throughout the back issues that kept Tiger Woods from competing for the better part of two years, caddie Joe LaCava waited for him to return — forgoing opportunities to work for other players.

LaCava, 54, who has caddied on the PGA Tour for some 30 years, began working for Woods in 2011 and was there for the good times as he won nine times worldwide through 2013.

Then back problems set in, leading to four surgeries, including a spinal fusion that threatened Woods’ career.

“He basically said to me, look, if you wanna go find another guy to work for, I’m OK with that,” LaCava said during the ESPN documentary “Return of the Roar,” which airs Sunday at 9 p.m. ET.

But LaCava did not look around.

Starting with the 2014 season, LaCava caddied just 24 times for Woods over four years, his 2017 season again halted by back trouble that led to the fusion surgery. On a few occasions, LaCava said he visited Woods in Florida.

“He had no quality of life,” LaCava said. “Couldn’t hang out with his kids, kick the soccer ball around, stuff like that. That hurt me inside. I came down to Florida and hung out with him. Sometimes he didn’t even practice, just to hang out and have a friend, sitting there and going through the pain with him.”

LaCava caddied the majority of his career for Fred Couples and was with Dustin Johnson before making the move to Woods late in 2011.

“Joe has been part of all my back procedures,” Woods said in the documentary. “He’s seen all the bad stuff that’s gone on and how much pain it caused me and how much it has hurt.”

Woods returned to a full schedule in 2018, winning the Tour Championship for his 80th career PGA Tour victory as well as climbing to 13th in the Official World Golf Ranking.