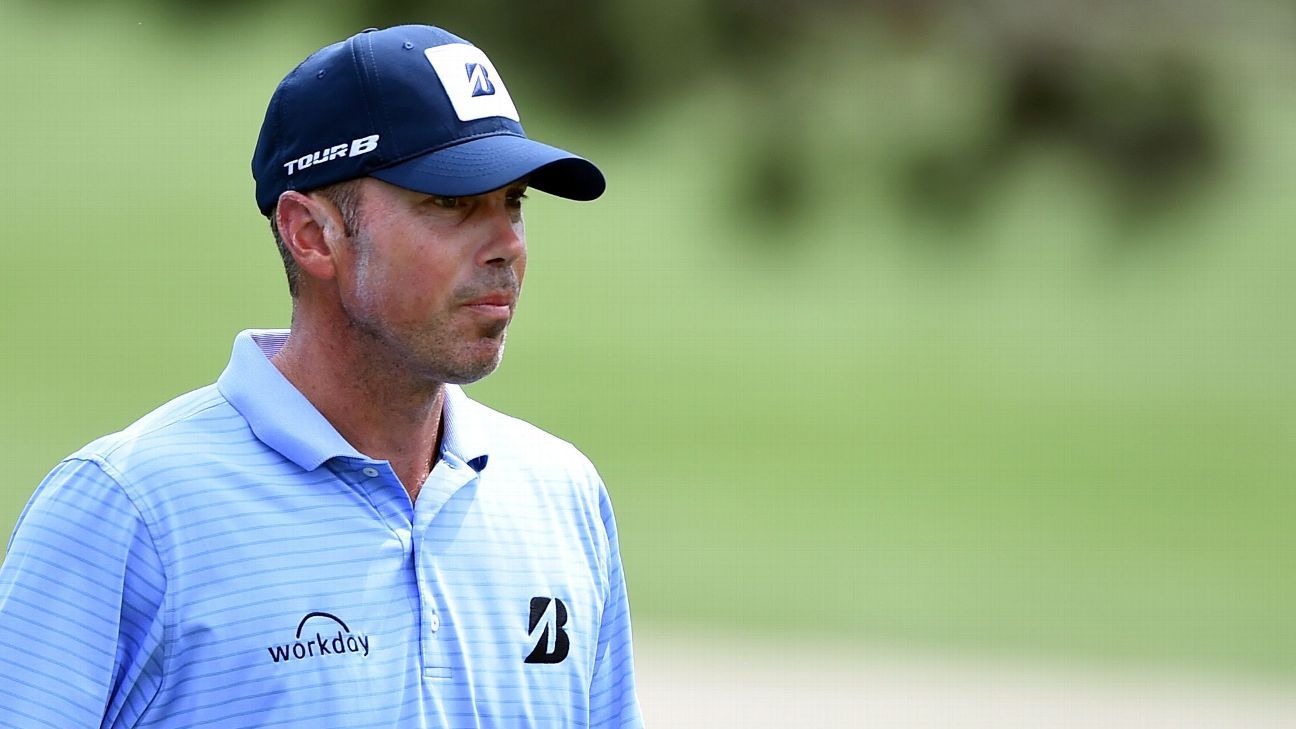 PACIFIC PALISADES, Calif. — Matt Kuchar heard a few catcalls from spectators at the Genesis Open on Friday. He’s seen the negativity on social media and in the golf world at large. And he decided to make amends.

Following his first round Friday at Riviera Country Club, Kuchar issued a statement in which he apologized and said he would be making full payment of the amount a fill-in caddie requested after the veteran golfer paid him just $5,000 following his victory in November at the Mayakoba Classic.

David Giral Ortiz, who worked for Kuchar during the tournament in Mexico, had requested a total of $50,000; Kuchar earned $1,296,000 for the victory and caddies are typically paid a percentage.

“I let myself, my family, my partners and those close to me down, but I also let David down,” Kuchar said. “I plan to call David tonight when I’m off the course to apologize for the situation he has been put in, and I have made sure he has received the full total that he has requested.”

Kuchar also pledged a donation to the Mayakoba Classic charities and expressed remorse for how the situation impacted the tournament and those around him after the story escalated in recent days due to his own comments that suggested what he had paid Ortiz was “fair.”

“This week, I made comments that were out of touch and insensitive, making a bad situation worse,” he said. “They made it seem like I was marginalizing David Ortiz and his financial situation, which was not my intention. I read them again and cringed. That is not who I am and not what I want to represent. My entire tour career, I have tried to show respect and positivity. In this situation, I have not lived up to those values or to the expectations I’ve set for myself.”

Kuchar, 40, is a nine-time winner on the PGA Tour and a player on numerous Presidents Cup and Ryder Cup teams.

“I’ve had multiple conversations with Matt to know how devastated he is by this,” PGA Tour commissioner Jay Monahan told ESPN. “And candidly, how devastated I am for him that this has happened. I also know enough to know that he has been really thoughtful to know where things are at now and how to make this right, which is in the process of happening.”

Earlier this week, Kuchar confirmed Golf.com and GolfChannel.com reports that said he originally struck a deal with Ortiz to work for $3,000 that week when his full-time caddie, John Wood, had a previous engagement and could not make it to the Mexican resort town near Cancun. The specifics were that Kuchar would pay Ortiz, who goes by the nickname “El Tucan,” $1,000 if he missed the cut, $2,000 if he made the cut, $3,000 for a top-20 finish and $4,000 for a top 10.

There was no provision for winning, but Kuchar paid Ortiz $5,000 in cash prior to leaving Mexico for a trip to Australia, where he’d also be playing in a tournament. At some point, Kuchar seemed to have second thoughts about the money he had paid to Ortiz, and according to agent Mark Steinberg, reached to pay him more.

Along with Steinberg, they sought to find Ortiz and figure out a way to get him another $15,000.

“Matt is a fairly deliberate person on all decisions that he makes,” Steinberg said. “But he thought hard about it and felt he should pay him more. He decided to give him a bonus. “Honestly, he wasn’t expecting the response that he got, which was no, here’s the number I want. For Matt, to be deliberate about it and to think about it and then to be rejected or turned down for that really caught him off guard.”

Ortiz, 40, is a regular caddie at the Mayakoba Resort near Cancun where the tournament is played and said he can make up to $200 per day.

“Matt is a good person and a great player,” he told Golf.com through a translator. “He treated me very well. I am only disappointed by how it all finished.” Ortiz told the website that he had been offered the additional $15,000 but turned it down, feeling he deserved another $45,000.

“No thank you. They can keep their money.”

Kuchar then compounded things by telling Golf.com on Wednesday that Ortiz had agreed to his terms.

“The extra $1,000 was, “Thank you – it was a great week,” Kuchar said. “Those were the terms. He was in agreement with those terms. That’s where I struggle. I don’t know what happened. Someone must have said, “You need much more.”’

At the crux of all this is what is considered proper payment for a week of working carrying a golf bag. Ortiz would not have worked that week at the club in Mexico due to the tournament had Kuchar not been in need of a caddie. He was paid far more than he would have made in any other week. And Kuchar could not understand why anyone would turn down $15,000. The other side, of course, is that a regular caddie typically receives a percentage of a player’s prize money, with a 10 percent bonus paid for a victory.

At minimum, Kuchar’s full-time caddie, Wood, would have been expected to receive a six-figure payout. Few believe Ortiz deserved that much. But much of the outrage has centered around a player who just won more than $1.2 million (and who has earned in excess of $47-million in official prize money in his career) not seeing clear to paying even more than the extra $15,000 that was offered.

Kuchar was catching plenty of abuse on social media, and perhaps most of all, no prominent PGA Tour players were coming to his defense. Those who have spoken anonymously basically shared the same sentiment: that Kuchar had done himself no favors, and that the caddie deserved more than what was paid.

“I never wanted to bring any negativity to the Mayakoba Golf Classic,” Kuchar said in his statement. “I feel it is my duty to represent the tournament well, so I am making a donation back to the event, to be distributed to the many philanthropic causes working to positively impact the communities of Playa del Carmen and Cancún. “For my fans, as well as fans of the game, I want to apologize to you for not representing the values instilled in this incredible sport. Golf is a game where we call penalties on ourselves. I should have done that long ago and not let this situation escalate.”