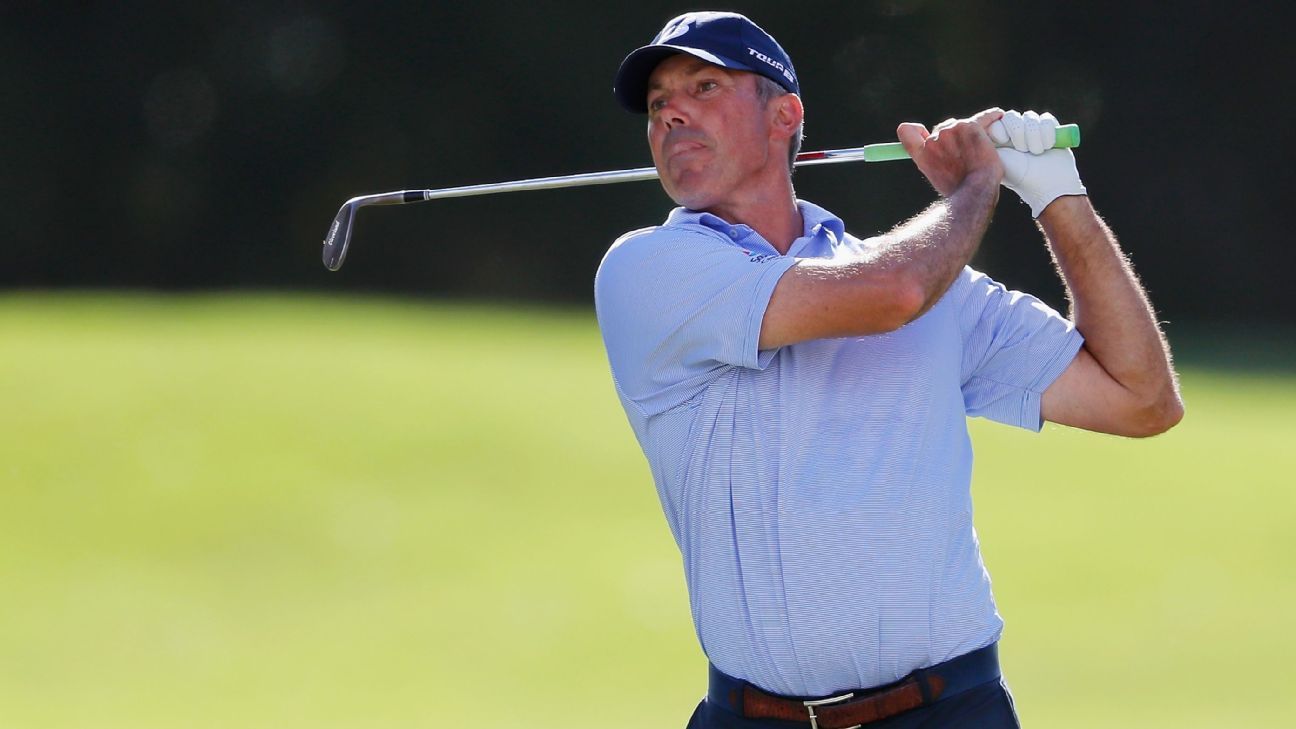 HONOLULU — Matt Kuchar kept another clean card and shot a 4-under 66 to take a two-shot lead into the final round of the Sony Open, a chance to win twice in one PGA Tour season for only the second time in his career.

Kuchar ended a four-year drought by winning the Mayakoba Classic in Mexico last fall, and there are a few similarities. He set a personal record for 54 holes in Mayakoba at 193. He went one better at Waialae at 18-under 192.

Both courses require keeping the ball in play, and Kuchar has done that well over three rounds. He has made only one bogey through 54 holes, and he only came seriously close to one on Saturday, saving par from the bunker on the par-3 17th.

“Good, steady golf,” Kuchar said. “It felt easy out there. I didn’t find myself in any trouble.”

Andrew Putnam was two shots behind after a 67.

Keith Mitchell had a 63 to pull within four shots, along with Chez Reavie, who fell back with three straight bogeys early on the back nine. Those were the only players within five shots of the lead, and all of them are chasing Kuchar.

Kuchar is 2-2 when he has the 54-hole lead going into the final round.

The only other time Kuchar won twice in the same season was in 2013, when he won the Match Play Championship in Arizona in February and the Memorial in early June. That put him at No. 4 in the world, the highest he has been in his career.

Kuchar was sliding his way out of the top 50 toward the end of last year, when he failed to make a Ryder Cup or Presidents Cup team for the first time since 2009. But he had a good session with his swing coach in Dallas, and it paid off two weeks later on the Gulf side of the Mexican coast.

This was more of the same.

Putnam, who won for the first time last year in the Barracuda Championship held opposite a World Golf Championship, did his best to stay in reach. They were tied through seven holes until Putnam made bogey on No. 8 and failed to birdie the par-5 ninth, the easiest hole at Waialae. Putnam missed an 8-foot birdie attempt on No. 18.

“Didn’t feel as easy as the first two days,” Putnam said. “Still played a good round. Still got a chance.”

Bryson DeChambeau had a 63 and led a large pack at 11-under 199, seven shots out of the lead for a slim chance at winning unless the leaders come back to the field. Also tied for fifth were Charles Howell III and 54-year-old Davis Love III, who had one of his better putting rounds.

Kuchar was at his best on a number of putts from the 50-foot range. He didn’t make any, but he didn’t leave himself any work for par. That added to the stress-free feeling of a round, and the overall control he feels in his game.

He never looks to be under stress, though Kuchar says looks can be deceiving.

“I’ve got gray hair,” he said with a laugh. “Listen, the game of golf is not easy. It’s not often you’re in full control. Those times you’re not in full control, you’re faced with a lot of situations where golf is going to find a way to stress you out and test you. I’ve been through it. But I enjoy the challenge even when you’re not playing well of trying to figure out shooting a score. I enjoy that challenge.”

The next challenge is winning, and it helps to have gone through the experience last November.

DIVOTS: Gary Woodland, who didn’t shoot worse than 68 last week and still had to settle for runner-up at Kapalua, was among 10 players who missed the 54-hole cut because more than 78 players made it to the weekend. He shot 76. Also missing the 54-hole cut was Steve Stricker, who will stay in Hawaii an extra week for the opening event of the PGA Tour Champions season. … Love is not playing next week on the Big Island because he is playing the Singapore Open.