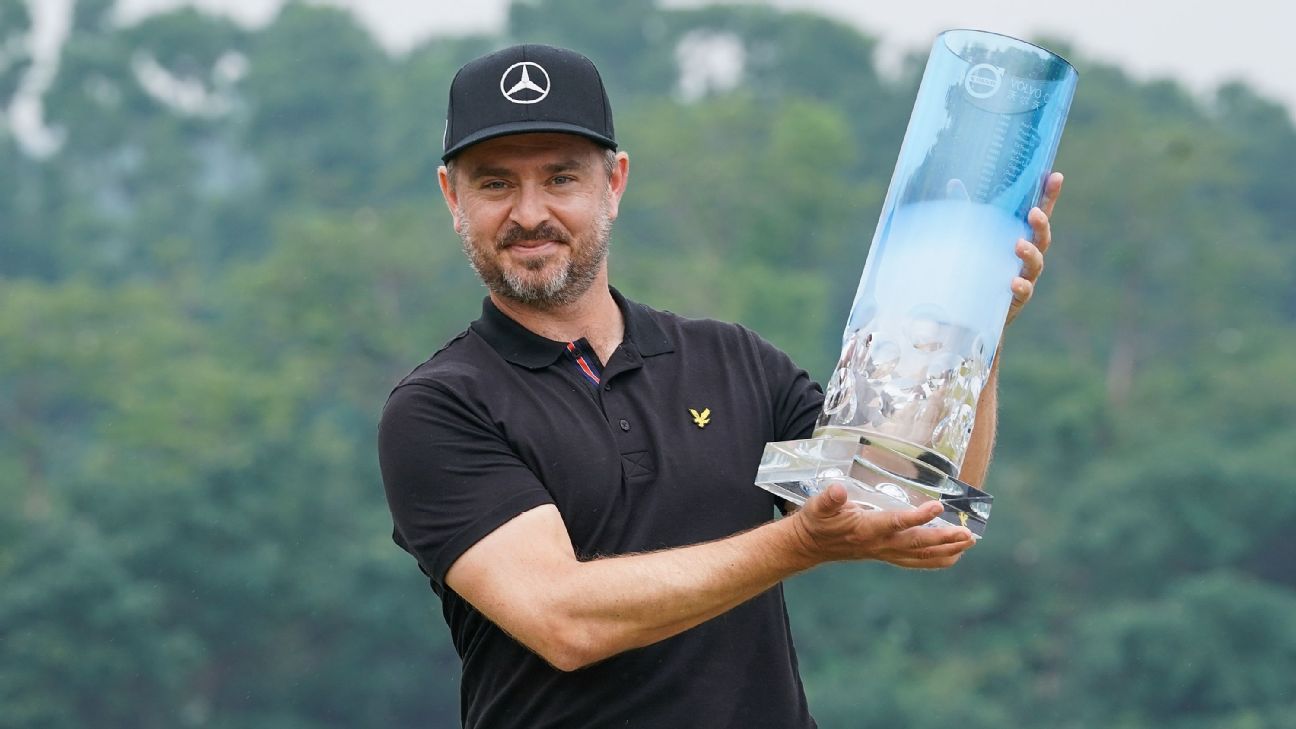 Experienced Finn Mikko Korhonen sank an eight-foot birdie putt on the first playoff hole to edge Frenchman Benjamin Hebert and win the China Open after a thrilling final round in Shenzhen on Sunday.

The 38-year-old became the oldest winner of China’s oldest professional tournament to claim his second European Tour title after his triumph at the inaugural Shot Clock Masters in Austria last year.

The final round at the Genzon Golf Club resembled a matchplay event for much of the day with Korhonen, overnight leader Hebert and in-form Spaniard Jorge Campillo vying for the lead in the final group.

The trio were tied on 19-under-par when they approached the 17th tee and, as the Guangzhou rain pelted down, Korhonen edged ahead when he curled a putt into the hole off the lip for his seventh birdie of the day.

Hebert, who had started the round with a three-shot lead over his two playing partners, was not about to give up, however, and he drove the water at the last to set up a birdie chance which he converted for a final round 3-under 69.

Korhonen had already parred the 18th for a 66 and, with Campillo out of the equation after a final round 67, the Finn and Hebert headed back to the 18th tee tied on 20 under to decide the title.

“It’s amazing, I don’t know how I did it,” Korhonen said. “Probably the putter today and most of the days.

“All day it was a battle, everyone was making putts so you just had to stay there and make your putts and concentrate on the moment.

“Making the birdie at the 17th I gave myself a chance to win it, but I didn’t manage it at the 18th. I was happy to get into a playoff.”

Campillo, who won his first European Tour title in his 229th tournament in Morocco last week and led by two strokes after a run of four straight birdies around the turn on Sunday, finished alone in third on 19 under.

The Spaniard will, however, move into second place in the Race to Dubai after a win, two second places and two third-place finishes in his last six European Tour outings.

Li Haotong, the 2016 champion, was the top Chinese player three shots further back in fourth after a final round 66, while his compatriot and 2015 champion Wu Ashun (70) shared fifth with four others on 15 under.

Local schoolboy amateur Yang Kuang, who on Friday became the youngest player to make the cut at a European Tour event outside the majors at 14 years, six months and 12 days old, hit a final round 73 for a share of 55th