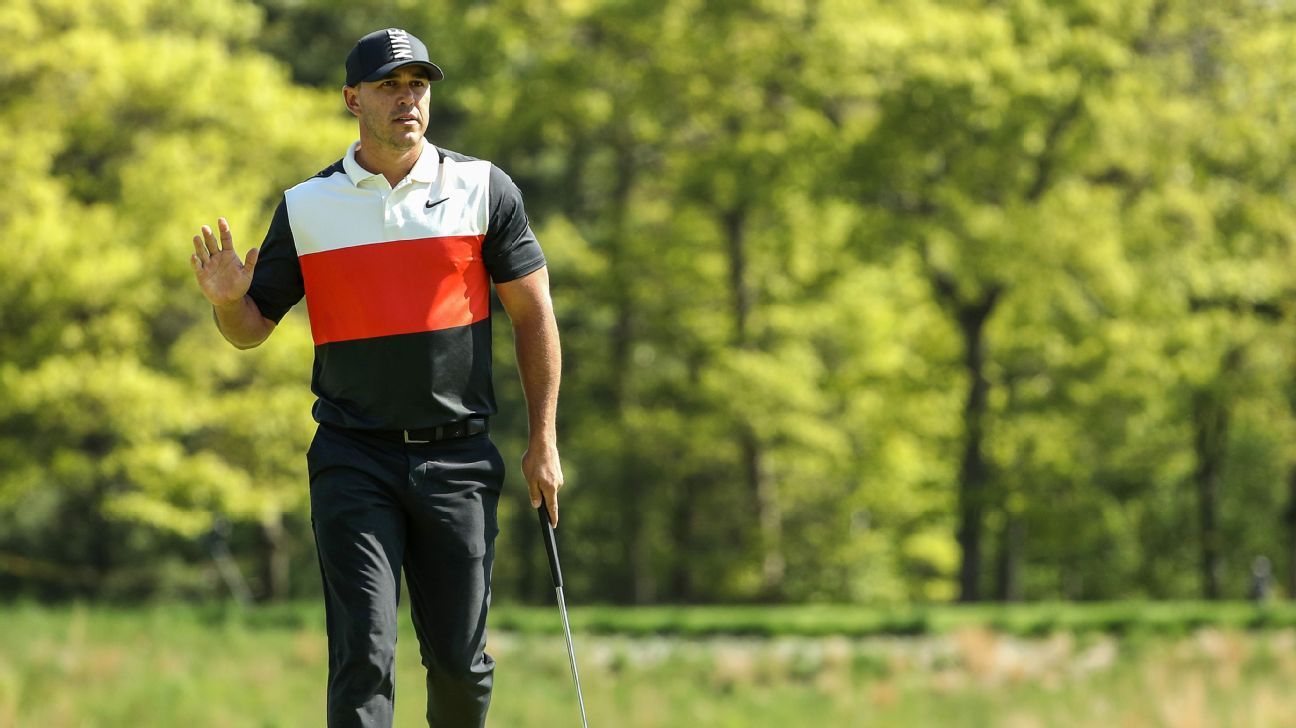 Brooks Koepka got off to a blistering start in the defense of his PGA Championship title, shooting a course record at Bethpage Black to take the early first-round lead.

Koepka shot a 7-under-par 63 on Thursday, with seven birdies — including a 35-footer on his final hole — and zero bogeys. The 63 also tied the tournament record.

The score matched Koepka’s lowest round to par in a major and his lowest stroke total in a major round. Koepka shot a 7-under 63 in the second round of the 2018 PGA Championship, which he went on to win by 2 strokes over Tiger Woods.

Woods shot 72 and trails Koepka by nine shots after the first round.

Koepka is just the third golfer with multiple rounds of 63 in major championship history — joining Greg Norman and Vijay Singh — and is the first to do it in consecutive years.

Overall, there have been 17 rounds of 63 in the PGA Championship, and Koepka is the first to do it twice.