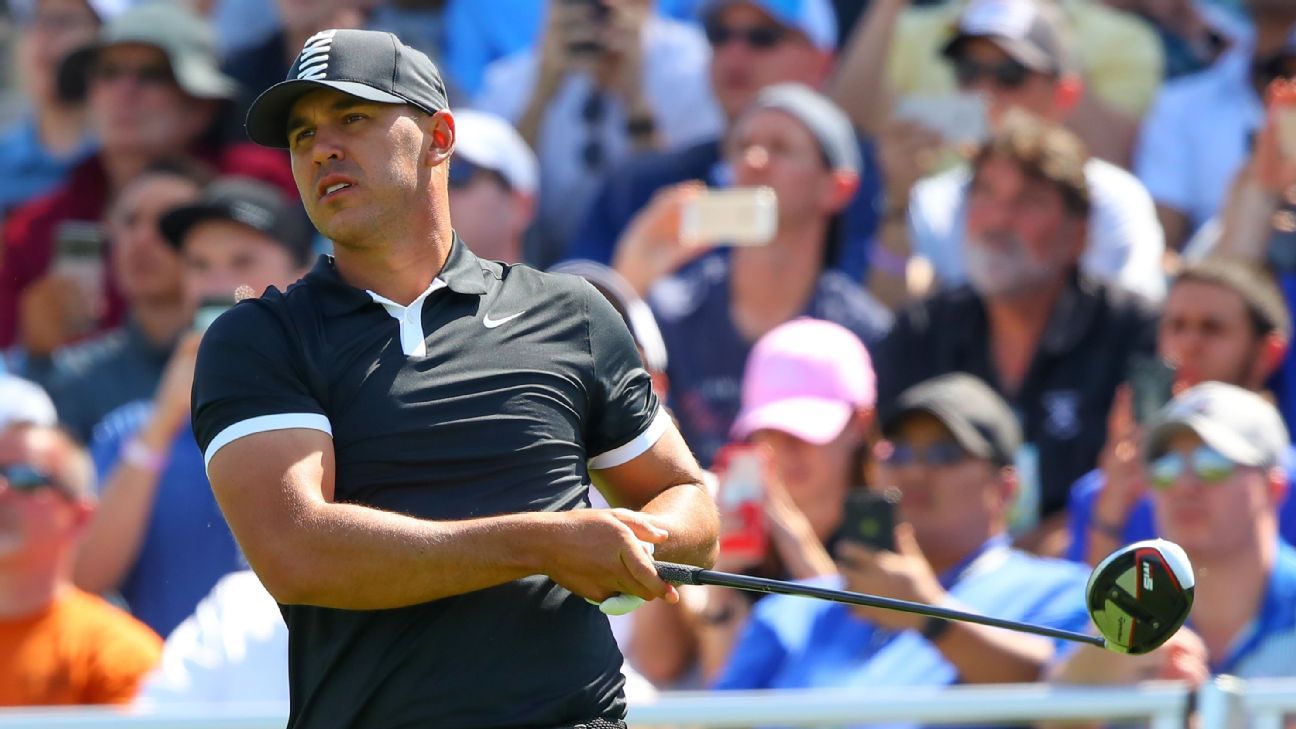 FARMINGDALE, N.Y. — Brooks Koepka is turning a public golf course into his private playground in the PGA Championship.

Staked to a seven-shot lead, Koepka never let anyone get closer than five shots Saturday as he powered his way to an ideal start and overcame a few sloppy mistakes for an even-par 70.

For the first time this week, he didn’t touch any scoring records. That wasn’t the objective.

Koepka kept his seven-shot lead going into a final round that feels more like a victory lap as he tries to join Tiger Woods as the only players to win back-to-back in stroke play at the PGA Championship.

“I think we’re all playing for second,” Luke List said after bogeys on his last two holes knocked him out of the final group.

Dustin Johnson tried to make a run with six birdies, only to stall with five bogeys in his round of 69. No bogey was more damaging than the 18th. A drive into the fairway would have given the world’s No. 1 player a reasonable shot at birdie. Instead, he sent it right into bunker, came up well short into the native grass, left the next one in the bunker and had to scramble to limit the damage. That kept Johnson from joining his close friend in the final group.

Koepka, who was at 12-under 198, will play the final round with Harold Varner III, whose week began with plans to play a practice round with Tiger Woods on the eve of the PGA Championship until Woods called in sick. Varner birdied the 18th to cap off a bogey-free 67 and lead the group at 5-under 205 that includes Jazz Janewattananond (67) and List, who holed two shots from off the green for a 69.

Jordan Spieth did not put any pressure on Koepka at all. Playing in final group on the weekend since the Open Championship last summer, Spieth didn’t have a realistic birdie chance until the sixth hole, and he missed that one from 8 feet. He shot 72 and was nine shots behind.

There was simply no stopping Koepka, who is one round away from a fourth major in his last eight tries and a return to No. 1 in the world. Koepka also would become the first player to hold back-to-back major titles at the same time. He won his second straight U.S. Open last year 60 miles down the road on Long Island at Shinnecock Hills.