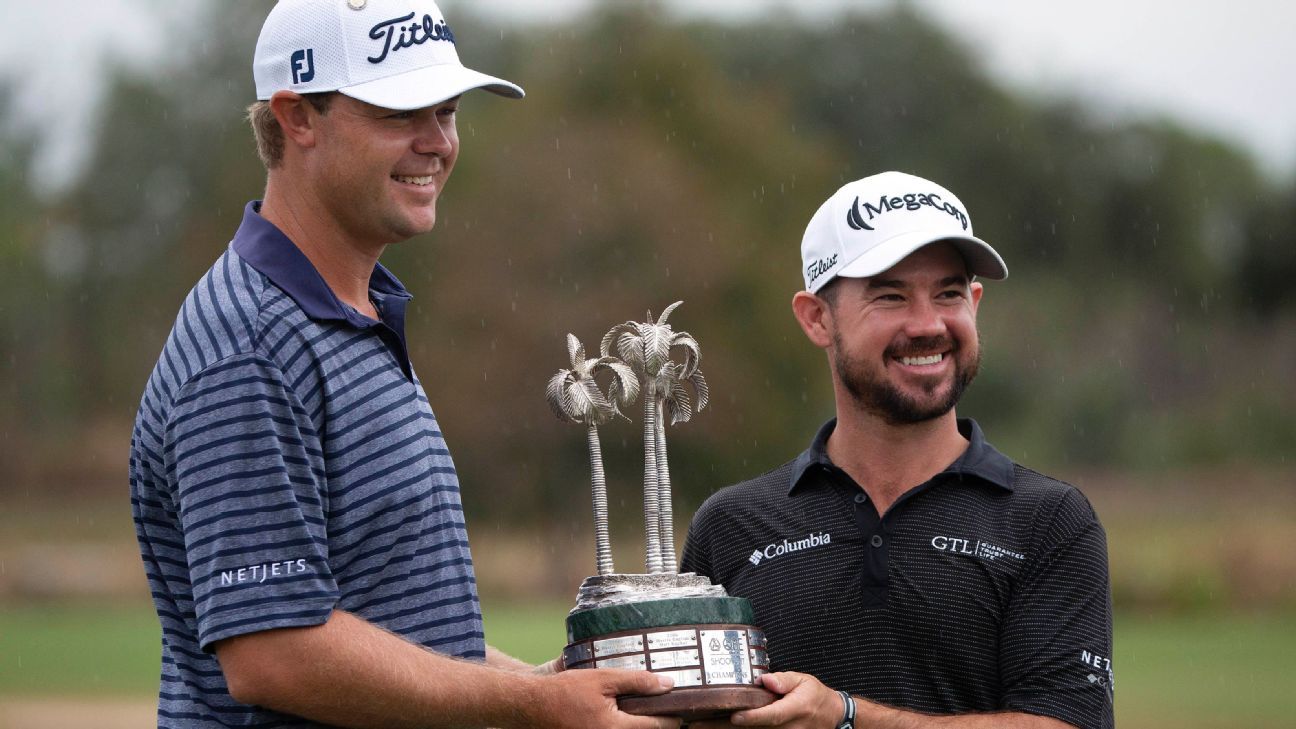 NAPLES, Fla. — Patton Kizzire and Brian Harman won the QBE Shootout on Sunday, eagling the par-5 17th and closing with a par for a one-stroke victory over Graeme McDowell and Emiliano Grillo.

Kizzire and Harman shot an 11-under 61 in the better-ball final round to finish at 30 under at Tiburon Golf Club. They opened with a 59 in the first-round scramble and had a 66 on Saturday in modified alternate shot.

The teams of Gary Woodland–Charley Hoffman, Kevin Na–Bryson DeChambeau and Luke List–Charles Howell III tied for third at 28 under. Woodland and Hoffman shot 63, Na and DeChambeau 62, and List and Howell had two back-nine eagles in a 61.

LPGA Tour player Lexi Thompson and Tony Finau had a 65 to finish seventh at 23 under.