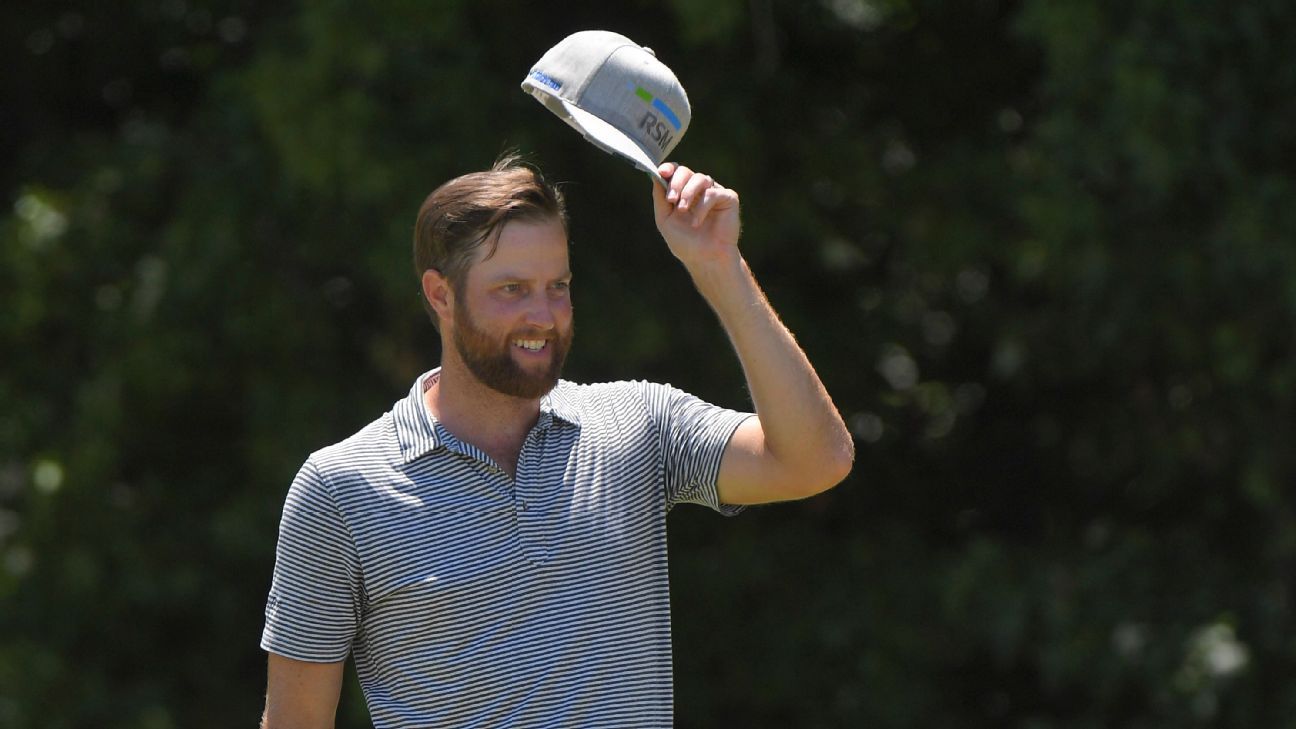 DETROIT — Webb Simpson and Bryson DeChambeau were expected to be contenders at the Rocket Mortgage Classic, taking advantage of a relatively weak field and course by PGA Tour standards.

Chris Kirk was not.

However, a year after taking a leave of absence from the PGA Tour to address alcohol abuse and depression, he has turned around his life and revived his career.

Kirk had a 7-under 65 on Friday to take the second-round lead at the Detroit Golf Club, and Simpson later shot a 64 to pull into a tie atop the leaderboard at 12-under 132.

“I was out there thinking about him a little bit, just with his decision to take some time away from golf and take care of himself,” Simpson said. “I’m so proud of what he’s been able to do and come back and make the comeback he’s made, winning on the Korn Ferry Tour. And, now he’s out here trying to win a PGA Tour event.”

When Kirk stopped playing last year, he didn’t know what his future was in the sport.

“I kind of just didn’t care at that point,” he said. “I was focused on doing what I needed to do to be healthy, to be a good husband for my wife and a good father to my kids. I was thankfully in a place financially where my career could wait.”

Simpson won the RBC Heritage two weeks ago in South Carolina, finishing at a tournament-record 22-under for his second win of the season and seventh of his career.

He withdrew from the Connecticut event last week because one of his daughters appeared to have COVID-19, but she later tested negative.

Simpson and DeChambeau chose to come to the Motor City while many of the PGA Tour’s top players skipped the tournament.

“It’s a Donald Ross design and guys that played here last year that I talked to about it loved the golf tournament, they loved what Rocket Mortgage did,” Simpson said.

In the PGA Tour’s first three events after the COVID-19 pandemic stunted the season, the top five players in the world ranking participated in each tournament.

None of the top five players is at the Detroit Golf Club, and the field includes just 18 of the top 50.

Simpson is No. 6 in the world ranking, and DeChambeau is No. 10.

Wolff, 21, put himself in position to take the the lead by himself with six straight birdies and eight over his first 10 holes after missing the cut in each of last two events.

“I’ve learned the last couple weeks you definitely can’t win on the first two days, but you can sure as heck lose,” he said.

The last time the former Oklahoma State star had six straight birdies, he won the 3M Open last year. Wolff joined Tiger Woods and Ben Crenshaw as winners of a PGA Tour event and the individual NCAA title in the same year.

Wolff missed opportunities to score on a pair of par 5s, including his 16th hole. His drive landed on an adjacent hole to the right and his second shot under tree branches caromed off a metal stake and landed in the rough on the left side of the No. 7 fairway.

“It was just one of those shots you kind of have to laugh at,” Wolff said. “It was unfortunate it came on a day that I was hitting it so well, but it’s golf, you can’t hit every shot perfect.”

Defending champion Nate Lashley missed the cut by a stroke, as did Jason Day. Patrick Reed, who started the week No. 7 in the world ranking, and Bubba Watson were two shots from making the cut.