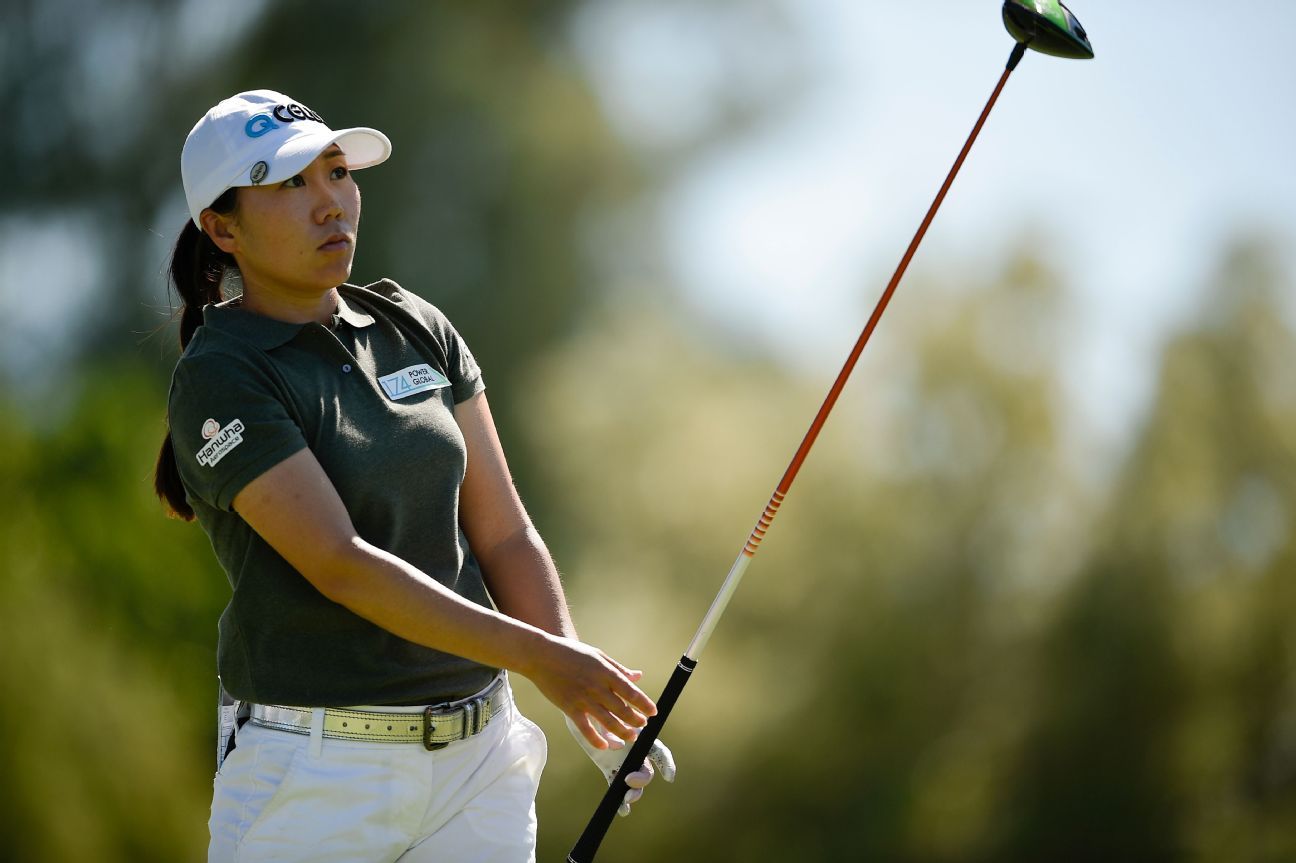 RANCHO MIRAGE, Calif. — Seven years after missing a 1-foot putt on the final hole of regulation and losing a playoff, In-Kyung Kim was back on top at the ANA Inspiration.

Kim shot a 7-under 65 in mostly calm morning conditions Friday at Mission Hills to take a three-stroke lead halfway through the second round of the first major golf championship of the year. The 30-year-old South Korean had an 8-under 136 total.

“Every stage, every passage of life has meaning to it and serves some purpose to it,” Kim said. “I’m just here doing my best.”

In 2012, Kim missed the short par putt to fall into a playoff and lost when Sun Young Yoo birdied the first extra hole. Kim struggled with the loss before finally ending a long victory drought late in the 2016 season in China. Her confidence renewed, she won three times the following year, capped by a major victory in the Women’s British Open at Kingsbarns.

“Sometimes winning is great, but for me as an athlete, you want to see some progress in your game,” Kim said. “That’s what I’m focusing on at the moment. That gives me joy. Anything else really is just a bonus, an extra.”

On Friday on the tree-lined Mission Hills layout toughened by thick, dewy rough, tighter fairways and some longer holes, Kim birdied all four of the par-5 holes and played a nine-hole stretch in the middle of the round in 6 under. After three-putting the par-4 seventh for her first bogey in 25 holes, she saved par on the par-3 eighth with an 8-footer and closed the round with an 8-foot birdie putt on the par-4 ninth.

“I had makeable putts that went in,” Kim said. “Yesterday, I also had a lot of opportunities, but in the afternoon when the wind blows on the back nine you can’t really be too aggressive to the flag.”

She played alongside Hall of Famer Juli Inkster in the first two rounds.

“It’s my privilege to play with Juli,” Kim said. “Always you learn something. I love her competitiveness and I really look up to her. I think being around her made me feel comfortable as well.”

Katherine Kirk was second, bogeying the final two holes in a 68.

“Really great front nine and then back nine got a little bit tougher,” Kirk said. “Obviously, finishing bogey-bogey is a bit disappointing, but I’m happy with the score. Lots of positives, so looking forward to the weekend.”

The 37-year-old Australian won the last of her three tour titles in 2017.

“I think my best golf is still ahead of me, which is nice to say at 37,” Kirk said. “All the experience, too, that I have had, I can use to that my advantage or at least try to use it to my advantage.”

First-round leader Ally McDonald followed her opening 68 in the wind Thursday with a 72 to remain at 4 under.

“Today was really just one of those grinding days,” McDonald said.

“I still feel like I left a lot of shots out there,” said Park, the Singapore winner early last month. “Putts weren’t dropping as well as I want them to.”

Lexi Thompson, Jin Young Ko and Hyo Joo Kim, a stroke back after the first round, were in the afternoon session along with Jessica Korda, Lydia Ko and Angel Yin. Thompson won the 2014 title.

Michelle Wie also failed to advance to the weekend, shooting 74-75. She made her first tour start since withdrawing during the first round of her Singapore title defense because of pain in her right hand.