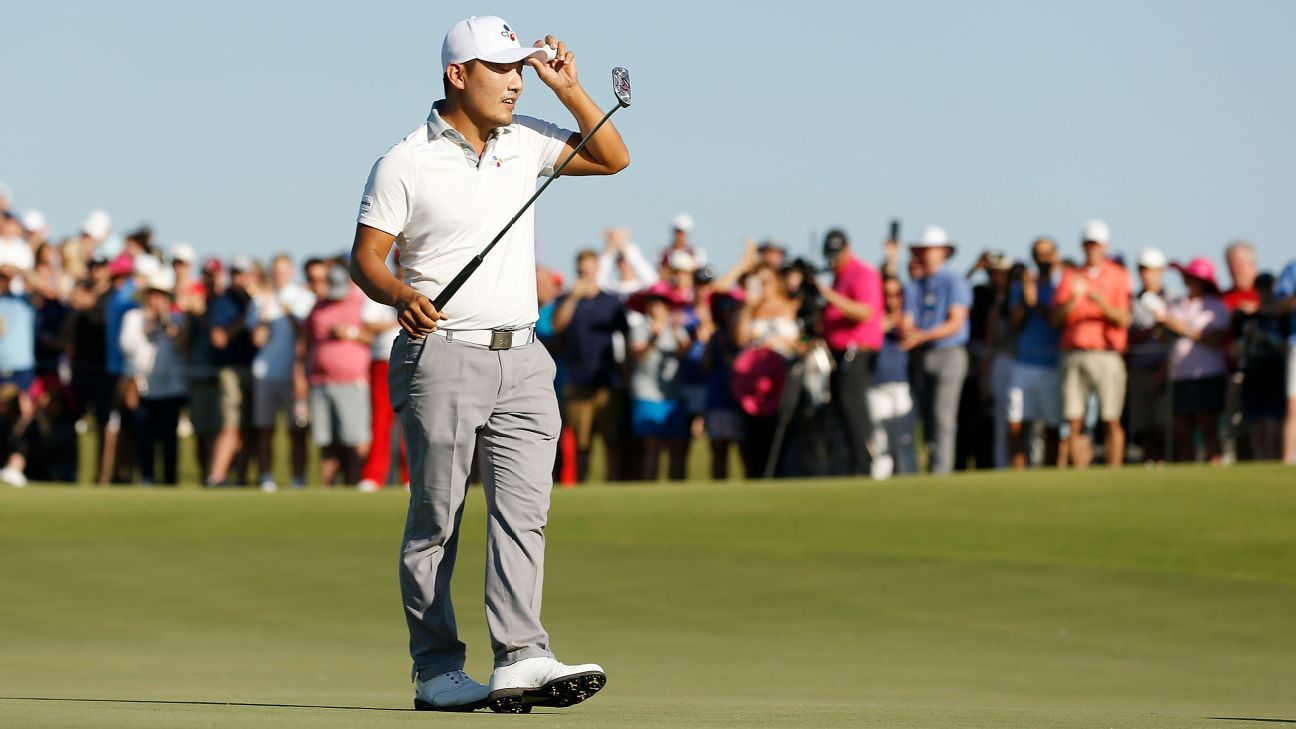 DALLAS — Sung Kang rolled in a 23-foot birdie putt on the 15th hole to finally take the lead for good at the Byron Nelson, getting his first PGA Tour victory on a Sunday when he had to play 27 holes.

That was the middle of three consecutive clinching birdies for Kang, the 31-year-old South Korean who lives in North Texas. In his 159th career PGA Tour start since his debut in 2011, Kang closed with a 4-under 67 to finish at 23 under and beat Matt Every and Scott Piercy by two strokes.

Brooks Koepka, the world’s No. 3-ranked player who now goes to Bethpage to defend his PGA Championship title, finished fourth at 20 under after a 65.

Every and Kang played all four rounds together at Trinity Forest, including the extended day Sunday after the third round was delayed six hours by rain and they got in only nine holes before play was suspended by darkness Saturday night.

Twice over the last two days, Every overcame deficits of at least four strokes and went ahead of Kang.