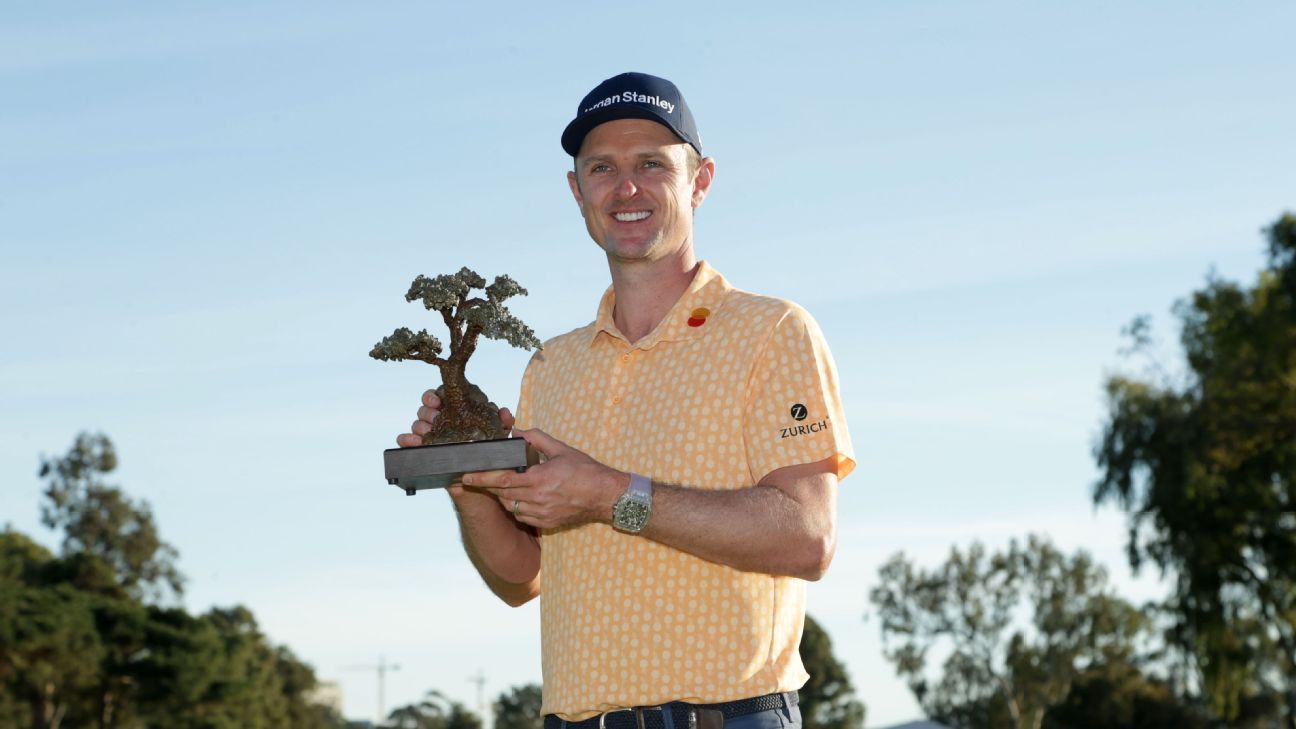 SAN DIEGO — Getting to No. 1 in the world came with some awkwardness for Justin Rose over the past few months as he played give-and-take with Brooks Koepka for the top spot.

It doesn’t seem to be much of a problem now.

Rose’s two-shot victory on Sunday over Adam Scott at the Farmers Insurance Open was his third in the past year and continued an amazing run of consistency that has seen him post 16 top-10 finishes in his past 24 worldwide events.

“He’s the No. 1 player in the world and he’s showing why right now,” said Scott, whose 19-under-par effort would have won the past nine Farmers tournaments. “Even when he was a little bit off [Sunday], he kept it together, and then closed with five birdies in the last 12 holes. It’s hard to beat when you’re three back around this golf course.”

Rose has been atop his game for the better part of 18 months, with a slew of high finishes dotting his résumé.

But when he finally had a chance to ascend to No. 1 in the world in September at the BMW Championship, he did so despite losing a playoff to Keegan Bradley.

Another oddity occurred when he slipped coming down the stretch at the Turkish Airlines Open, only to win the tournament in a playoff when China’s Li Haotong missed a short par putt — lifting Rose back at No. 1.

And even at the start of 2019, Rose did not hold the top spot, moving back above everyone else sitting as Koepka failed to finish high enough when playing a tournament in Hawaii two weeks ago.

Now it seems he can be there for a while.

Rose, 38, has spent most of the past eight years among the top 20 in the world, a majority of that time in the top 10. For long stretches he has resided in the top five.

For such a world-class player, he might also rank among its most underrated, a guy who is seemingly always there but often without the fanfare.

He won the 2013 U.S. Open and the Olympic gold medal at the 2016 Rio de Janeiro Games, but it wasn’t until late in 2017 that he began his run of impressive consistency.

And in the 27 tournaments he has played over that period, Rose has just a single missed cut. He also has been top four in seven of his past 10 starts.

“I worked really hard on my team,” said Rose, citing his caddie and trainers and his swing coach, Sean Foley. “We tweaked a lot of my technique to try and help my back more than anything to try to get rid of the little niggles I was feeling all the time.

“I think that making those subtle changes kind of made us work hard and in a really good direction. I think we changed the blueprint of my swing, and one, there were health benefits, but two, I think technically I’ve gotten better over the last couple years, for sure.”

It might have gone the other way after Rose lost the 2017 Masters in a playoff to Sergio Garcia. At times over that back nine, it appeared Rose had a second major title wrapped up, before Garcia rallied to force an extra hole, where he won.

Rose, understandably, had to fight through a bit of a golf hangover following that, and Foley has said there were times Rose simply was not ready to get after it again.

“It was obviously a disappointing loss,” Rose said. “But I quickly realized that I’ve had my breaks, I’ve had my luck, I’ve had my tournaments that have gone my way, and that put it in perspective.”

Unlike Koepka, who won the U.S. Open and PGA Championship last year, Rose was unable to secure any major championship hardware. But overlooked has been his record in the majors: He was top-20 in all four, including two top-2s. He tied for second at The Open.

And now he is perfectly positioned to prepare for this year’s majors. After playing on the European Tour this week at the new Saudia Arabia tournament, Rose will take a three-way break before returning in Florida to prepare for the Masters, his place atop the world ranking looking more secure.