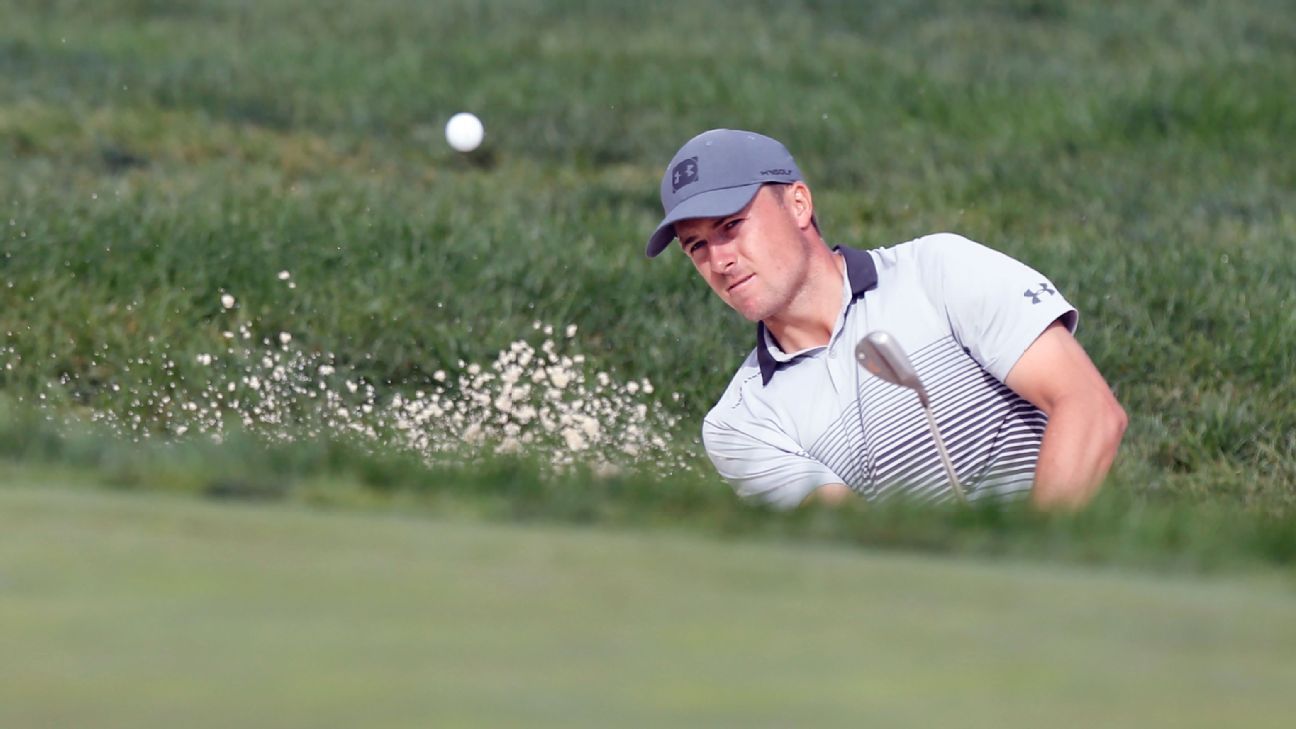 DUBLIN, Ohio — The battle continues, but it is one that marches forward, one swing at a time. That is not to say Jordan Spieth will not suffer more along the way. But the progress is real, the results positive.

For the better part of 18 months, nearly back to Spieth’s last victory at the 2017 Open at Royal Birkdale, he has at times appeared lost, his game in shocking disarray.

Errant drives followed by audible groans and fits of frustration in discouraging tones to caddie Michael Greller were obvious signs of distress. So were an alarming number of missed putts, anecdotal evidence backed up by a ranking outside the top 100 in strokes gained, putting.

As Spieth sought to fix that aspect of his game, the rest of it seemingly left him, too. All of his statistical numbers in driving and approach shots to the green fell off from 2017 to 2018; subsequently, so did the number of times he contended to win tournaments.

But for the fourth straight week, Spieth opened a tournament with a sub-par score when he shot 66 on Thursday in the first round of the Memorial Tournament. That is something Spieth had never done in his career.

The fact that he tied for third at the PGA Championship two weeks ago, was two shots back entering the final round last week at the Charles Schwab Challenge before tying for ninth, and off to a good start at Muirfield Village is simply another indication that the three-time major winner is emerging from some difficult times.

“Just the same thing I’ve been doing,” he said after finishing a shot behind Ryan Moore. “I feel I’m doing significant feels through the swing, probably more so than I’d like. But it’s just progressing in the right direction. It’s just going to take a little bit more time, probably.”

That was evident on Sunday when Spieth, with a final-round chance, could never get anything going. Even during the third round last week, he hit just four of 14 fairways.

This is where playing four consecutive weeks has turned out to be a positive problem for Spieth.

For much of his career, Spieth, 25, has played four straight events during this stretch — his two “hometown” events in Texas, the Byron Nelson and the Colonial — along with the PGA Championship (before this year it was the Players Championship) and concluding with the Memorial Tournament.

It’s a lot of golf and not necessarily ideal, especially with the U.S. Open coming up in two weeks. But it’s given him an opportunity to get right back to work each week in pressure situations.

“To keep playing, trying to trust things on the golf course in tournament play is big for me now because it’s kind of a significant type of feeling through the swing that if I took a couple of weeks off and came back, it’s a little harder to trust it right way,” he said.

“But if you’re used to trusting it, it’s almost like playing through — I don’t want to say slump, but playing through anything that’s been a little off. And more trusting on the golf course the better.”

Call it what you want, but Spieth has not been the same player he was in amassing 11 PGA Tour titles including three majors through the 2017 Open.

The victory at Royal Birkdale was his second in a row — he had also won the Travelers Championship a few weeks prior — and he was ranked second in the world. He finished that year with six top-10 finishes and began 2018 still ranked No. 2.

But something went amiss last year. He missed four cuts and failed to qualify for the Tour Championship. He had just two top-10 finishes, a tie for third at the Masters and a tie for ninth at The Open, where he was a third-round co-leader and failed to make a birdie.

He didn’t post another top-2 until two weeks ago at the PGA, where he tied for third, although he was never in contention. Spieth had not finished better than 20th since a tie for 12th last September at the Dell Technologies Championship. Just three weeks ago, he had dropped to 39th in the world; he’s now 29th.

“Jordan’s trying to make some adjustments in his swing, he’s been trying this for about a year,” said tournament host Jack Nicklaus. “He’s paying the pain for this a little bit, but he’ll be better off in the end for it.”

If anything, Spieth has done well to maintain a sense of perspective and patience.

“It’s not necessarily anything out of the ordinary, whether my results have shown whether I’ve won before this in the past,” he said. “The work I’ve put into it has been pretty consistent, just a little bit extra to try to round back into form.”

Spieth appears to be doing that — and acknowledging when things might look better than they appear. He chipped in twice on Thursday and was second in strokes gained, around the green. He needed just 22 putts.

“One of those days when I didn’t necessarily play like a 6-under score,” he said. “But still a really solid day.”