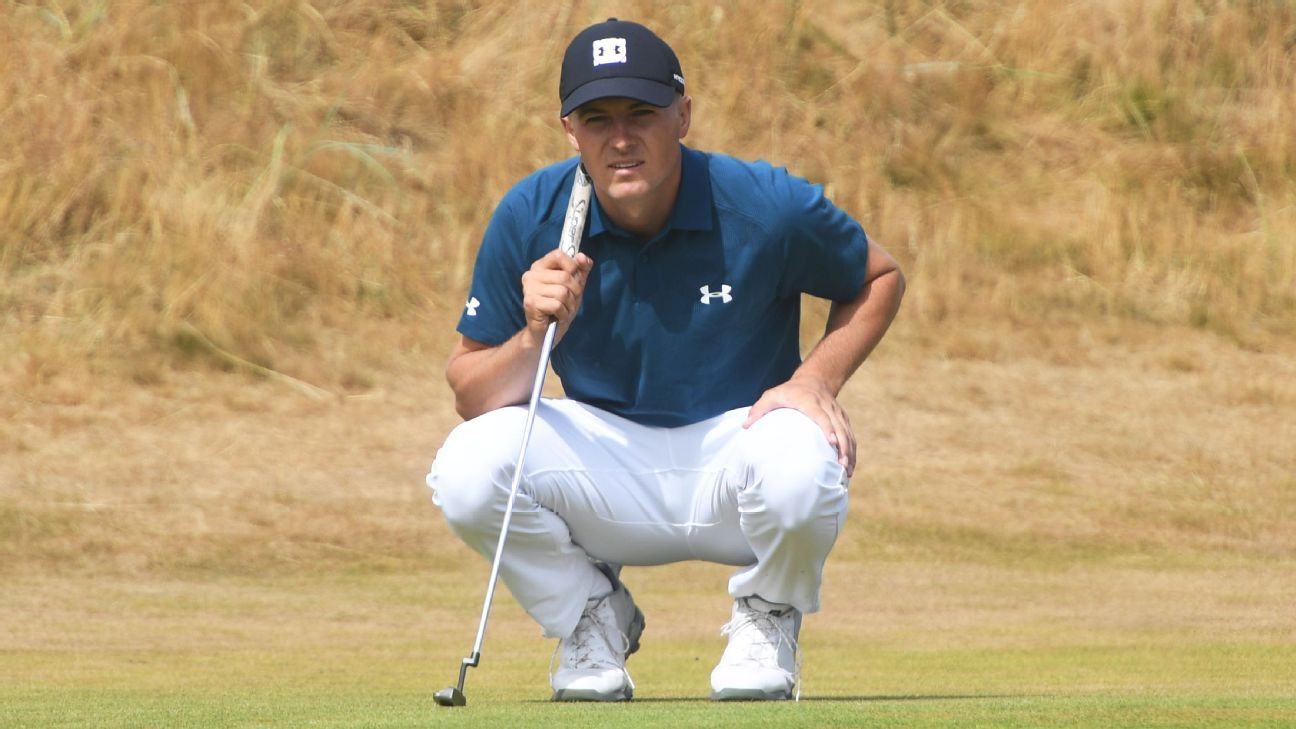 Jordan Spieth is starting the new year in Hawaii, the fourth straight year he has made the journey. Of course, there’s a huge difference this time: this debut is at the Sony Open, since Spieth was not eligible for last week’s winners-only Sentry Tournament of Champions.

Much has been made of Spieth’s winless 2018, his fall in form after winning a third major championship at The Open in 2017. He hasn’t won since.

Sure, he contended at the Masters and The Open, but those were his only real chances at victory. He missed five cuts, had just five top-10 finishes and missed qualifying for the Tour Championship for the first time in his career.

A player with 11 PGA Tour victories, including three major championships by age 24, might be excused an off year. Clearly, though, there was going to be some scrutiny, then and now as he embarks on the process of getting back among the top 10 players in the world.

“It was a building year,” Spieth said in the fall. “I look back at last year as something that I think will be beneficial for me in the long run. I really believe that. I know that’s an easy thing to say at kind of the positive in a negative, but there were tangible, mechanical things that I needed to address, and I was able to throughout the season.

“Unfortunately, I had to play so much towards the end that I couldn’t really get it intact. So I stepped on the first tee knowing that I was playing a C-game instead of figuring where my game is at through the first couple of rounds.”

“… When I watch him putt, he visibly has the yips. You watch his hands on short putts and there is a tremor in there.”

Spieth, 25, struggled with all aspects of his game, but for a player who seemingly made everything on the greens through his player-of-the-year run in 2015 and when adding five more victories in the next two years, stats were not necessary to see that his biggest struggle was with the putter.

There was a crucial miss on the 18th green at Augusta National when he shot a final-round 64 to finish third at the Masters. And there was that birdie-less final round at Carnoustie, where he held a share of the final-round lead before finishing tied for ninth.

There just seemed to be so many instances of Spieth missing putts, especially short ones. The numbers bear that out.

“He obviously hasn’t played as well as he liked, mostly due to his not holing the putts anymore,” said Jason Day, who has had his own issues since battling Spieth for the No. 1 spot in 2015 and 2016. “He’s definitely hitting the ball well. He hits it pretty decent off the tee, with decent length. But the big thing we saw last year was he just wasn’t putting as well.”

“He’s got to get his putting figured out,” Haney said. “I think he will. But he has to. And I think that spilled into the rest of his game. When I watch him putt, he visibly has the yips. You watch his hands on short putts and there is a tremor in there. I don’t care if the putt goes in or doesn’t. He was center cut on his first putt at the Ryder Cup. But his hands were shaking. He had to miss more short putts than anybody on tour.”

One prominent player, who wished not to be named, described Spieth’s stroke as “yippy” and said he noticed him being uncomfortable over putts, unable to get into a proper setup that allowed him to repeat his stroke.

And on that latter point, Spieth seemed to agree.

“[Putting] wasn’t the strong suit of my game,” Spieth said. “I wasn’t sure exactly what it was. A lot of it was mechanical. A bit of mental because of the mechanical, but when I’m kind of back into the same position, the same look the same, timing, same stroke feel that I’ve had for the last five, 10 years, minus a bit of last season, then my confidence is probably as high as anybody’s on the greens.”

It didn’t help that other aspects of Spieth’s game also decline. In PGA Tour statistical categories strokes gained off the tee, approach to the green, around the green and overall, his numbers from 2017 to 2018 all dropped.

“Jordan came out and treated us to such an unbelievable display of scoring,” said another prominent instructor, Sean Foley, who observes Spieth often when on tour working with his clients. “Remember, his nickname from his friends is “the Golden Child.” He was a standout junior golfer. Sure, he’s had his ups and downs in the game, but there have been way more ups. He’s 25. He’s still a young man.

“Golf at some point is always going to be more adversity than it is joy. It has to be awfully difficult to endure struggles in front of cameras and interviews all the time. We’re going to be judged on how often we fall, but also how quickly we rise. I think he’s just gone through what is natural. He’s not played well, but it doesn’t look a lot different technically. It’s about weathering the storm.”

After missing the Tour Championship — he finished 31st in the FedEx Cup standings, and only the top 30 get in — Spieth seemed to find a spark at the Ryder Cup, where he went 3-1 with playing partner Justin Thomas. At Le Golf National outside Paris, Spieth made plenty of tough putts. (He did, however, lose his singles match and is 0-6 in that format at the Presidents Cup and Ryder Cup).

Spieth played consecutive weeks in the fall, finishing tied for 55th at the Shriners Hospitals for Children Open and missing the cut at the Mayakoba Golf Classic.

He skipped overseas events and the Hero World Challenge because of his wedding — he got married in November — so it will be interesting to see where his game is at this week. Still, though, this might continue to be a work in progress.

“I definitely think he’ll get it back,” said Day, who dropped from No. 1 at the end of 2016 to 13th the next year. He is now 11th. “He just has to roll with the waves. It’s accurate you have to learn to roll with it and not get too in your own way. Let things calm down and keep working through it and sooner or later he’ll be the Jordan Spieth of old.”