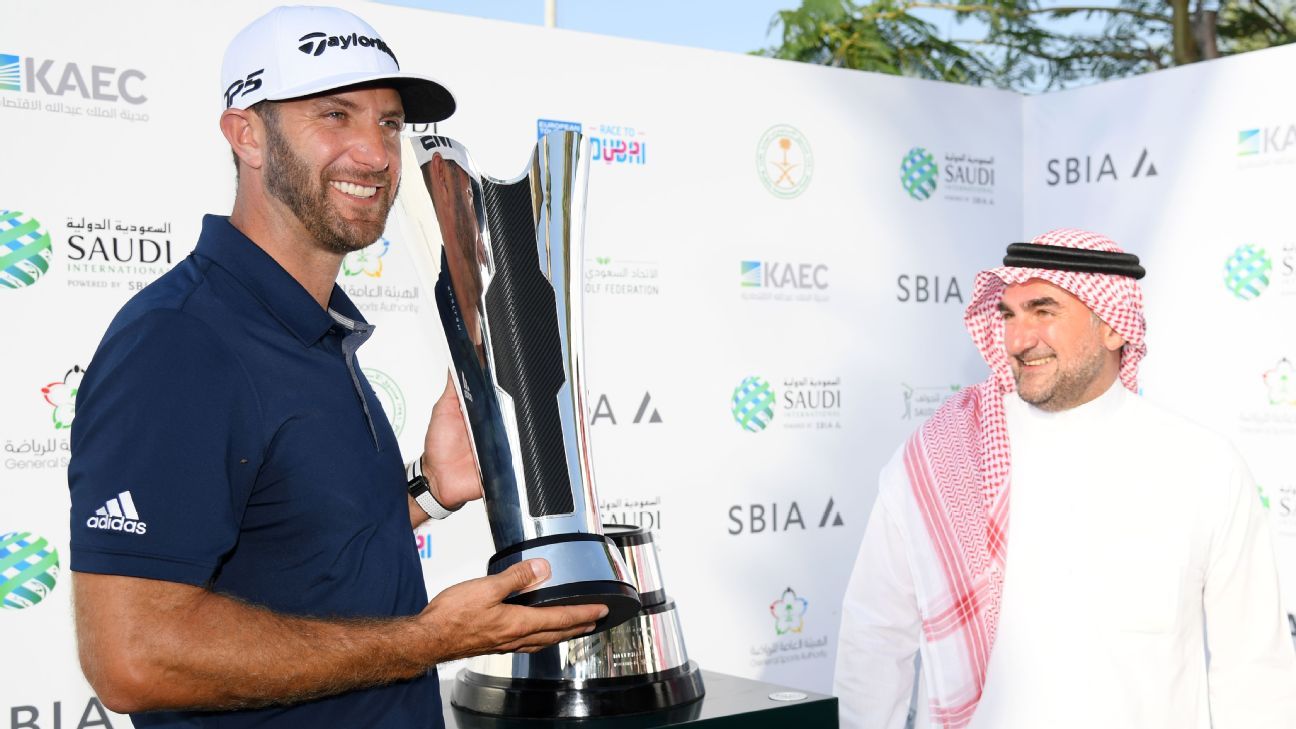 The American rode out a strong challenge from China’s Li Haotong and a late surge from Englishman Tom Lewis, hitting a fine final-round 67 to finish on 19-under par.

The win marked a milestone for the world No. 3 as it was his first on the regular European Tour.

Johnson began the day in a tie for first with a resurgent Li, and the pair were nip-and-tuck trading a birdie each on the front nine.

Li then recovered beautifully from a poor tee shot on the 9th, holing a chip approach from above the green to take the a one-shot lead.

Lewis dragged himself into contention with a stunning opening run of five birdies, and he moved to within a shot of the leaders as both bogeyed the 10th, but Johnson reacted well and re-took the lead form Li with a superb tee shot at the 11th and a fine left-to-right putt at the 12th for back-to-back birdies.

Li then struggled to maintain his form and followed up a disappointing bogey at the 13th with another at the 14th after going into the bunker above the green on his approach.

With the Li’s challenge fading Lewis had half chances to gain shots in the final three holes but he ultimately missed out and would finish in third at 16 under after an impressive final round of 65.

Li put a little late pressure on Johnson with an approach to two feet for birdie at the 15th and the American briefly wobbled as he found the water on the 16th before scrambling for bogey.

But DJ was peerless at the death, hitting a fine long putt from off the green at the 17th to set up birdie and a huge drive at the 18th to gain another shot and win by two strokes.

Li took second place outright by holing a five-foot birdie at the 18th to finish on 17 under, one shot clear of Lewis. Min Woo Lee finished in fourth on 15 under with an excellent final round 63, and France’s Alexander Levy finished fifth on 14 under.