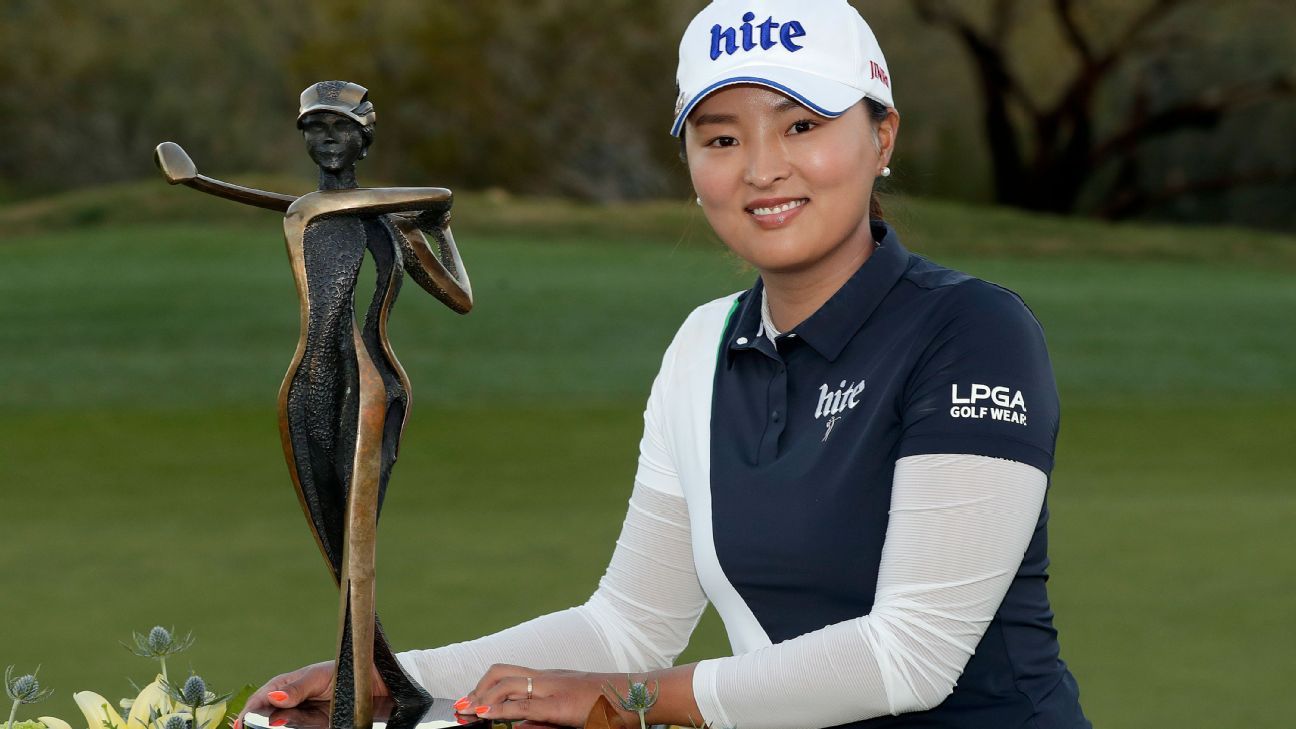 PHOENIX — Jin Young Ko rallied to win the Founders Cup on Sunday for her third LPGA Tour victory, closing with a 7-under 65 for a 1-stroke victory over four players.

Liu shot a 70 to tie for second with playing partner Carlota Ciganda and sisters Jessica and Nelly Korda. Ciganda closed with a 69, Jessica Korda eagled the two back-nine par 5s in a 64, and Nelly Korda shot 66.

Ko rebounded from a second-round 72 with a 64 on Saturday to pull within four strokes of Liu. She has three top-three finishes in four events this year.