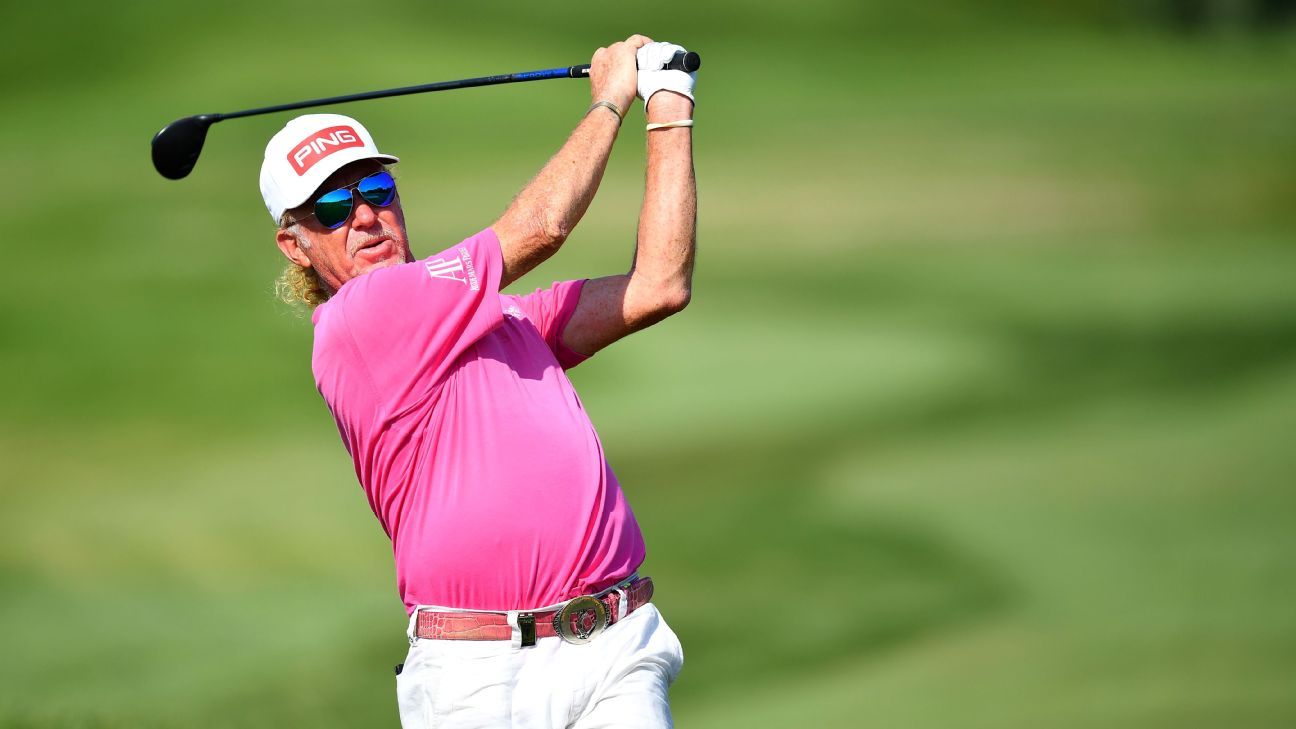 ATZENBRUGG, Austria (AP) — Miguel Angel Jimenez moved into position to break his own record as the oldest winner of a European Tour event when the 56-year-old shot 7-under 65 to take the second-round lead in the Austrian Open on Friday.

Spain’s Jimenez made nine birdies in his first 13 holes, before rebounding from bogeys at Nos. 16 and 17 with a birdie 2 at the last at the Diamond Country Club outside Vienna.

Jimenez was 50 years, 133 days when he won the Open de Espana in 2014 to become the oldest winner on the tour.

The Austrian Open is the first event back on the European Tour after a four-month break because of the coronavirus outbreak.

All players, caddies and other personnel on site were tested for COVID-19 ahead of the tournament and are following public health guidelines, including social distancing.