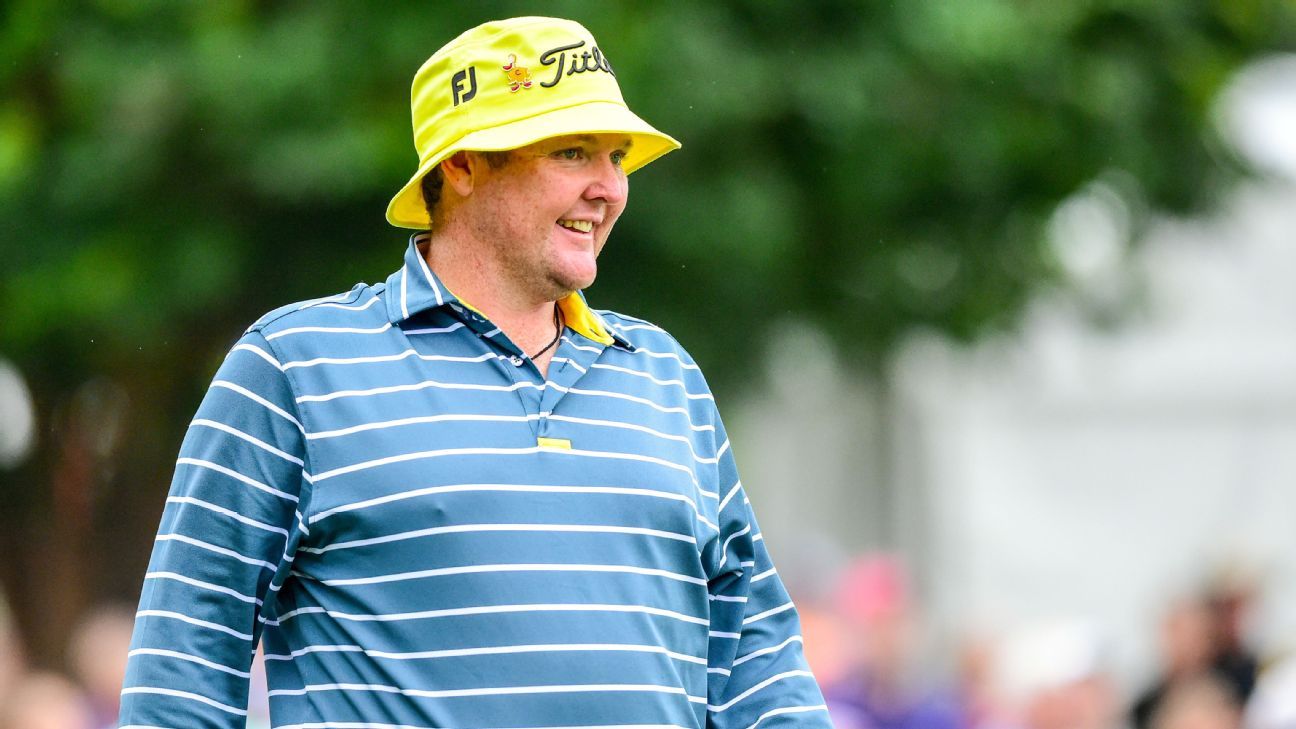 SCOTTSDALE, Ariz. — When golfers walk up to the 16th hole at the Waste Management Phoenix Open on Saturday amid the craziness and rowdiness of 20,000 fans, they’ll pass by a tribute to Jarrod Lyle, who died in August after a long battle with cancer.

Lyle, who hit a hole-in-one on the famed hole in 2011, died on Aug. 8 from leukemia, with which he was diagnosed as a child. Soon after Lyle’s death, Phoenix Open tournament director Chance Cozby thought of the idea to honor Lyle with a temporary memorial that will include Lyle’s Titleist staff bag stocked with clubs, including the 8-iron he hit used for the ace. A yellow Titleist bucket hat, similar to the one Lyle wore, will lay on top of his bag.

There will also be a plaque that’ll be painted yellow and include the Australian flag on the ground nearby. In the middle of the plaque, it will read “In memory of Jarrod Lyle,” and around the edge, it will state: “Hole-in-one, Saturday, Feb. 5, 2011, 9:16 a.m., 150 yards, 8 iron. Rest in Peace.”

Cozby said in a release that he wanted to keep the tribute to Lyle simple and give golfers a chance to celebrate Lyle in their own way.

“I think it’s pretty cool what they’re going to do,” said fellow Australian PGA Tour golfer Aaron Baddeley. “Yeah, I still remember when he made the one here. His reaction [was] typical Jarrod, enthusiastic, just so happy.”

Cam Smith, another Australian golfer on the PGA Tour, said Lyle was “loved by everyone” and agreed with Baddeley that it was “neat” the Phoenix Open decided to honor Lyle.

The memorial for Lyle is part of a larger tribute to the golfers who have hit holes-in-one on the 16th at TPC Scottsdale. A large monument with an outline of the 16th hole stands to the left of the tee box and includes a plaque with all nine golfers who have hit a hole-in-one on the hole, dating back to Hall Sutton in 1988 and including Tiger Woods in 1997 as well as Lyle.

“We wanted a permanent fixture there to celebrate all the holes-in-one,” Cozby said in a release. “So, while the permanent structure isn’t all about Jarrod, he’s certainly a piece of it.”

But, Baddeley said, it’s fitting the memorial is on the 16th.

“It’s where he made that one,” he said. “His name is on that plaque. It’s always going to be there. You couldn’t ask for more people around a hole to honor him and pay tribute to his life.”